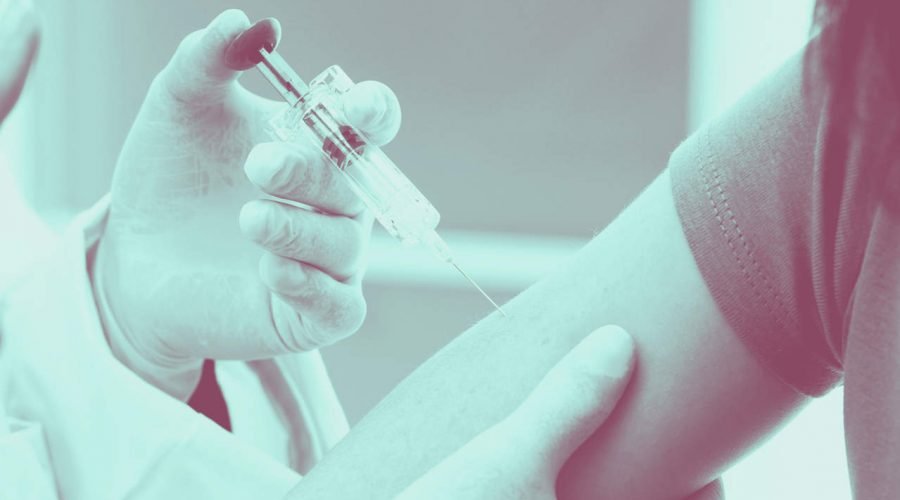 New York City declared a public health emergency this week in light of an ongoing measles outbreak, as Mayor Bill de Blasio announced that unvaccinated individuals could face fines of $1,000. Measles cases are at a five-year high in the United States, the U.S. Centers for Disease Control and Prevention (CDC) also reported this week, with 465 cases across the country—many of which are occurring within Orthodox Jewish communities in Brooklyn.

While vaccination is required for children to attend public school, most states (including New York) allow parents to apply for religious exemptions. But in December, New York City issued a mandate requiring children attending private Jewish schools to be vaccinated as well. This week, the mandate expanded further, requiring vaccination across the board in Brooklyn’s Williamsburg neighborhood, regardless of school status.

Vaccine opponents have argued that these declarations are an infringement on their rights and their freedom of religion, but the mayor says that public health, in the midst of a “very, very troubling” epidemic, comes first. Because while the measles mumps, and rubella (MMR) vaccine is extremely effective at protecting against these diseases, it’s not perfect—and not everyone can get the shot.

The mayor’s official declaration states that “the presence of any person in Williamsburg lacking the MMR vaccine, unless that vaccine is otherwise medically contraindicated or such person has demonstrated immunity against measles, creates an unnecessary and avoidable risk of continuing the outbreak.”

Medically contraindicated means that there’s something about a person’s health status that makes it unsafe or ineffective for them to get an MMR vaccine. According to the CDC, here are those contraindications—and the only times it’s ever OK to skip this important vaccine, says Richard Rupp, MD, director of the Sealy Center for Vaccine Development at the University of Texas Medical Branch.

For full effectiveness, the MMR vaccine is given twice, usually once at 12 to 15 months and once at 4 to 6 years of age. But if a child has a life-threatening allergic reaction after one dose of the MMR vaccine, doctors may advise that he or she does not receive the second shot. Anyone with a known allergy to any of the components of the MMR vaccine may be advised to avoid the shot as well.

Women who are pregnant or think they might be pregnant should wait to be vaccinated until they are no longer pregnant, according to the CDC—and women should also avoid getting pregnant for at least one month after getting the vaccine.

There are still some questions about the safety of some vaccines for pregnant women and unborn babies, Dr. Rupp tells Health. “In real life, we don’t ever see babies born that have been damaged by the measles vaccine, but we still want to be careful while we’re still learning.”

People with compromised immune systems—because they have a chronic illness, are taking immune-suppressant drugs, have had an organ transplant, or are undergoing cancer treatments, for example—should not be vaccinated, says Dr. Rupp. “Even if we did vaccinate them, it’s less likely to be effective because it’s utilizing the immune system,” he says. “If the immune system isn’t strong, it’s not going to work as well as it would otherwise.”

Anyone who has a parent, brother, or sister with a history of immune system problems may also want to talk to their doctor about whether they should have the MMR vaccine, according to the CDC. The same goes for anyone who has ever had a condition that makes them bleed or bruise easily, which can put them at risk of complications from any type of injection.

A recent blood transfusion or another vaccine

If you’ve recently had a blood transfusion or received other blood products, your doctor may recommend postponing your MMR vaccine for at least three months. Blood contains antibodies that fight infection and other foreign substances in the body, says Dr. Rupp, and getting a vaccine shortly before or after a blood transfusion may diminish its effectiveness.

For similar reasons, it’s not a good idea to get more than one live vaccine—meaning the vaccine contains a weakened version of the virus it’s protecting against—too close together. The CDC recommends not getting the MMR vaccine within four weeks of any other vaccine.

If a child is feeling under the weather or has a high fever, his or her doctor may recommend rescheduling a vaccination appointment. Some people who get the measles vaccine may experience a low-grade fever and soreness around the injection site. “The idea is we don’t want to make anything worse if you’re already feeling bad and your immune system is already working hard,” says Dr. Rupp. “We don’t want to pile on.”

However, Dr. Rupp says that it’s generally fine to vaccinate a child with a mild cold or a low-grade fever. “We don’t want a family to leave their appointment and get busy and not come back,” he says, “so we try to vaccinate while they’re there, as long as the child is feeling OK.”

Babies under 1 year of age generally are not vaccinated for measles, mumps, and rubella, because their immune systems aren’t developed enough for the vaccine to work as effectively as it does in older children. If a family is traveling to an area where measles is present, however, or if an outbreak occurs nearby, doctors may recommend vaccinating babies starting at 6 months.

“I see a fair number of families who are traveling internationally, and we vaccinate a lot of those kids at 6 months old,” says Dr. Rupp. “I just make sure the parents know that the child will still need two additional vaccines and that this shot won’t count toward their requirements for school, because it’s not going to be as effective.”

Adults born before 1957 are generally believed to have immunity against measles and do not need to be vaccinated. “More than likely you were exposed and had measles when you were a child,” says Dr. Rupp.

Those born after that time should check their medical records, if they’re available, to see if they were vaccinated as children. “If you don’t remember or can’t find out, you can take a blood test to see if you have immunity,” says Dr. Rupp. “Or, if you’re in a high-risk situation, it may be quicker and easier to just get vaccinated. Even if you’ve been vaccinated in the past, getting another dose isn’t going to hurt you.”

Related posts:
13/04/2019 Personal Health Comments Off on The Only Times It's OK Not to Get the Measles Vaccine
Categories
Recent Posts