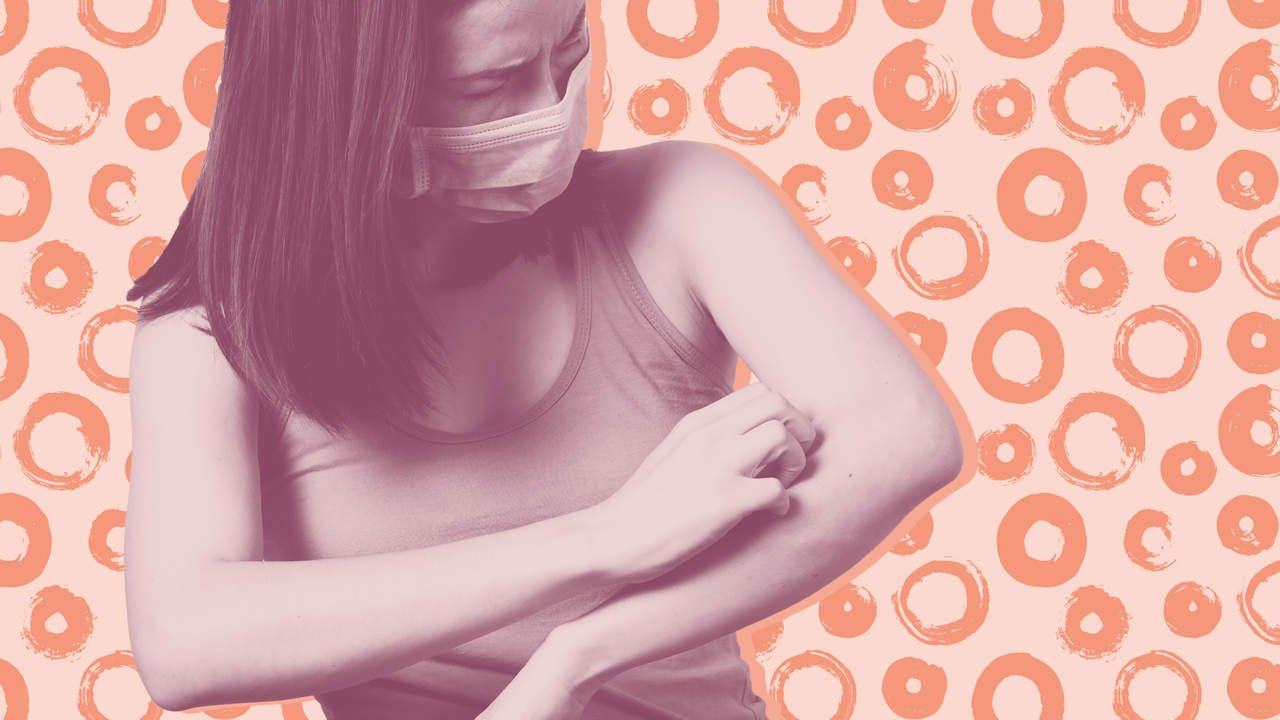 The state of Washington has declared a state of emergency for a measles outbreak, where 36 people (so far) have been diagnosed. That comes on the heels of the CDC announcement that there were officially 17 measles outbreaks in 2018. (An outbreak is defined as three or more linked cases.)

Parents are—yet again—under fire for refusing to immunize their children against the contagious infection, which was deemed eliminated in the U.S. in 2000.

But if you and your kids have gotten the measles vaccine, are you safe? Here’s what you need to know.

What is measles, and how do you get it?

“Measles is a highly contagious viral infection,” says Irfan Hafiz, MD, an infectious disease specialist and chief medical information officer of the northwest region of Northwestern Medicine. “The symptoms include fever, weakness, cough, and irritated eyes, followed by a rash.”

It’s super contagious because it’s spread simply through breathing in the air of an infected person. “The disease is primarily spread through the air, which is then inhaled by a non-immune person,” Dr. Hafiz says.

What's up with the recent measles outbreaks?

A little history lesson is required to get the full scope of why the measles outbreak is such a big deal. For starters, measles is a vaccine-preventable disease.

“The vaccine was first introduced in the 1960s along with the mumps and rubella vaccines to make the MMR (measles, mumps, rubella) vaccine,” Dr. Hafiz explains. “Widespread adoption of the MMR vaccine quickly led to a gradual decline in measles cases. High numbers of vaccinated people in the community led to almost complete elimination of disease in most developed regions of the world.”

Before the vaccine, as many as 4 million people had the measles each year in the United States.

Public health officials say the measles comeback is due to parents skipping the vaccine for their children. In recent years, fewer than 90% of children are being vaccinated. (Children between 12 months and 12 years old can also be inoculated against measles, mumps, rubella, and chickenpox—varicella—with the MMRV vaccine.)

“The decline of vaccination rates has contributed to outbreaks of measles in developed countries,” Dr. Hafiz says. “For the first time since the introduction of the vaccine, we are seeing rising rates of disease in some communities.”

If you've already been vaccinated for measles, can you still get it?

“Vaccination dramatically reduces the likelihood of contracting measles,” Dr. Hafiz says. However, it’s possible, although extremely rare, that you could get measles after being vaccinated. According to the CDC, it can happen in about three out of every 100 people.

If you’ve been vaccinated and do contract measles, you won’t have it at full strength. “Patients…may still get measles, but a milder form,” Dr. Hafiz says. And you’ll still be contagious, so you could spread it to other non-immune patients, he adds. (Whether mild or more severe, most measles cases run their course in a few weeks.)

Should you get the measles vaccine even if you're an adult?

It’s never too late to get vaccinated for measles.

CDC guidelines recommend two doses of the MMR vaccine, with the first dose at age 12 to 15 months and the second at age 4 to 6 years. But adults who haven’t been vaccinated should get at least one dose.

If you’re unsure if you’ve been immunized, try to locate your medical records for documentation. If you can’t find them, get the vaccine regardless. “There is no harm in getting another dose of MMR vaccine if you may already be immune to measles,” according to the CDC.

Related posts:
30/01/2019 Personal Health Comments Off on Can I Still Get Measles If I've Been Vaccinated?
Categories
Recent Posts