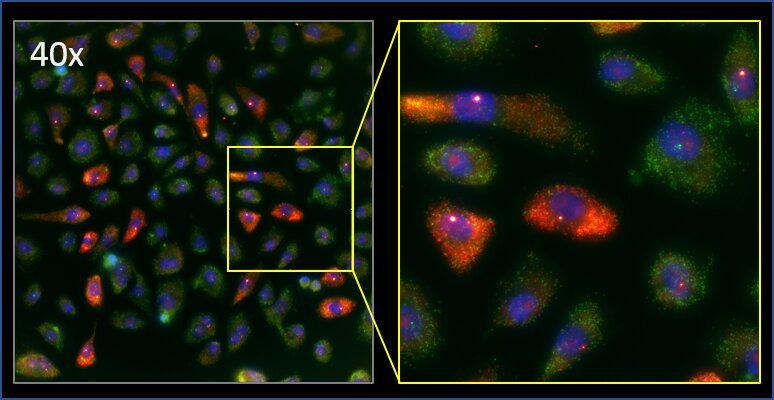 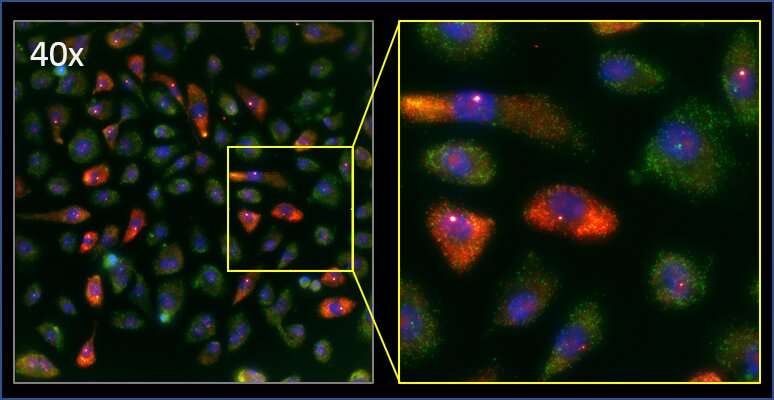 MYC is one of the most potent cancer genes, contributing to almost every kind of cancer—yet it is still not known how it causes tumors to form. Though higher levels of MYC are present in a wide range of tumor types, MYC alone does not usually lead to tumors. Simona Patange, a Ph.D. candidate in biophysics with the UMD-NCI Partnership for Integrative Cancer Research in Daniel Larson’s lab at the National Cancer Institute, is using novel tools to track MYC and its activity in individual cells. Patange will present their latest developments at the 63rd Biophysical Society Annual Meeting, to be held March 2—6, 2019 in Baltimore, Maryland.

MYC is a transcription factor, meaning it activates other genes leading them to transcribe more RNA that drives other cell processes, including growth and division. For a long time it was assumed that MYC turned on a set of target genes that lead to cancer. However, in recent years, scientists learned that all genes are responsive to MYC.

“MYC is like a volume knob for gene transcription—it doesn’t turn genes on, but it does turn up the activity of genes that are already active,” Larson explained.

To see how MYC’s changes in gene expression might lead to tumors, Patange and colleagues employed recently-developed imaging techniques to look at the RNA produced from gene transcription in individual cells. They noticed that cells with extra MYC had a global increase in RNA, and also that there were subtle differences in gene transcription between cells.

“The fact that MYC allows more gene expression and can lead to minute differences in RNA levels between cells might allow an individual cell to go down a path towards cancer,” Patange said.

One difficulty with studying MYC is that it’s always working to turn on genes, so it’s hard to decipher if it has a preference for certain genes or to know how much RNA message is transcribed from those genes. To address that challenge, Patange and colleagues engineered a version of MYC that uses light to control its physical location in the cell, and has oncogenic capacity like normal MYC. Now they will be able to control when MYC enters and exits the nucleus and see what genes immediately respond, and how much message those genes go on to produce.

“Now we have a system where we can precisely look at how genes are being transcribed in response to MYC, that’s a major advance,” Larson said.