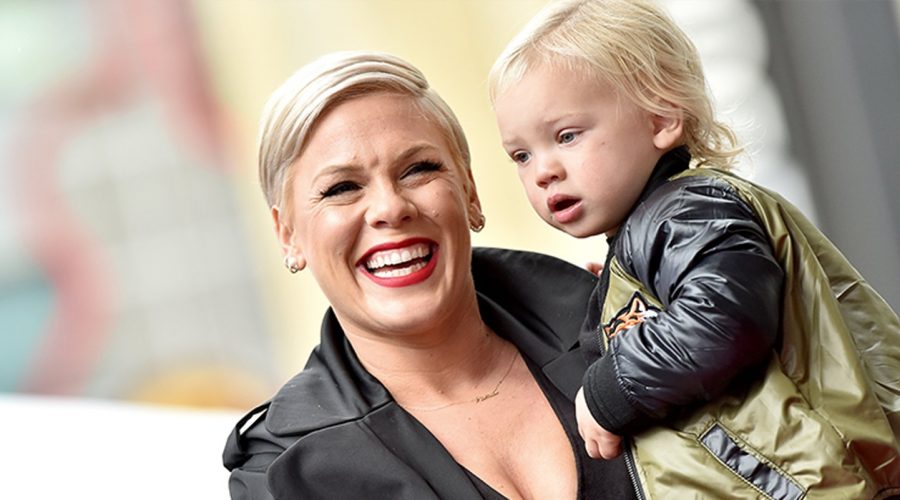 On what should’ve been just another Sunday Funday, Pink posted an Instagram of her two-year-old son Jameson, playing by the pool sans diaper. Soon after the post went up on March 31, the “What About Us” singer got an earful from her followers who thought the picture was inappropriate, leading Pink to delete the original snap and re-post an edited photo with a heated message to her critics.

“There’s something seriously wrong with a lot of you out there,” she wrote, clapping back at her Instagram trolls. “Going off about my baby’s penis? About circumcision??? Are you for real?”

She went on to say that “as any normal mother at the beach,” she didn’t even notice her son had taken off his swim diaper. Still, Pink chose to delete the picture because “you’re all f*cking disgusting.”

She ended up re-posting the picture—just with her son’s genital area scribbled out—but followed up by saying she’d turned off her Instagram comments.”And now I’m turning off my comments and shaking my head at the state of social media and keyboard warriors, And the negativity that you bring to other people’s lives,” she wrote. “There is something seriously wrong with a lot of you out there. Smfh.”

She finished her post with some sharp (and, yes, sarcastic) words: “Here’s a picture of the pelican we obviously caught and abused for hours before dangling baby penis in its face.”

This isn’t the first time Pink had some ~words~ for haters on Instagram.

In July 2017, Pink shared a photo of herself cooking dinner while wearing her infant son Jameson in a baby carrier, with her daughter Willow sitting nearby on the kitchen counter. She was called out for not putting safety first when it came to her kids being near the stove and the possibility of burns or injury.

And most recently in January 2019, she came under fire again after her husband Carey Hart (they’ve been married since 2006) posted a video on Instagram of their now 7-year-old daughter Willow shooting a rifle. Again, the couple got a mixed bag of comments: Some people supported the parents choice and others blasted them for letting their daughter handle a gun so young.

Clearly, Pink and her family are no strangers to social media controversy, but they’re also not about to let the words of strangers on the internet bring ’em down. Raise your glass to that.

This article originally appeared on Women’s Health US.

Related posts:
02/04/2019 Health News Comments Off on Pink Hits Back At Trolls Who Commented On Her 2-Year-Old Son's Penis
Categories
Recent Posts