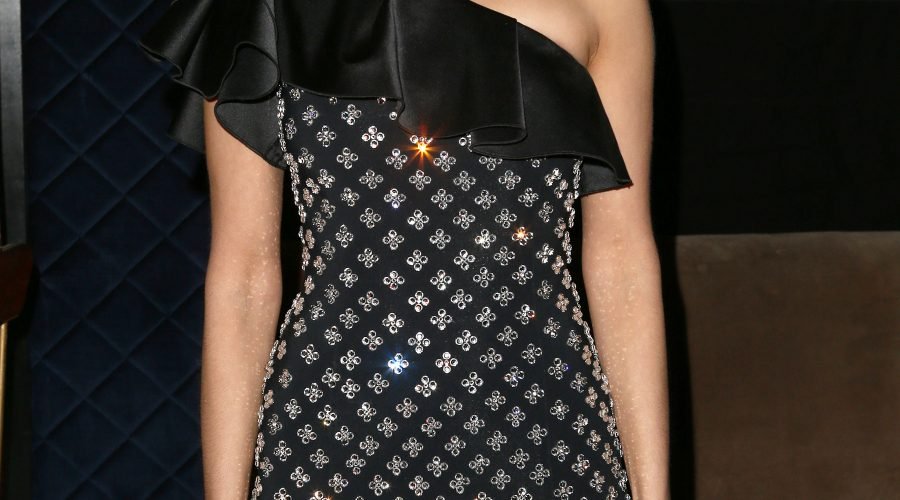 Nina Dobrev is not here for haters on social media.

The Fam star hit back at a few critical comments on Instagram after sharing a photo on Monday of herself at the 5th Annual Hollywood Beauty Awards in Hollywood, California.

Dobrev, 30, wore a black patterned one-shoulder dress with a ruffled neckline by Michael Kors. Some followers thought it appropriate to comment negatively on the actress’s body. One wrote, “I can’t believe no one is noticing that shes anorexic. This picture just reminds me of my anorexic self. … Nina needs help, you guys are just pushing her to eat air.”

In response, Dobrev wrote on Tuesday, “Thank you for your concern. I’m sorry to hear you weren’t doing well, I hope that you are taking care of yourself and doing better now. I’ll also let you know that I eat burgers and fries and all kinds of yummy things all the time. You should do the same.”

“Eating everything and working out (which I do) is the healthy solution for people who have problems,” she continued. “Body shaming people on the other hand is NOT healthy and very rude. I don’t do that, so you should also do the same. Have a wonderful day.”

Other users felt it appropriate to comment on Dobrev’s makeup and her age — words The Vampire Diaries alum clapped back at expertly.

“It’s a radical concept called time. I know. Crazy. It’s what happens when it goes by. People get older,” she responded to one commenter who said she was “getting old” based on the photo.

“It probably won’t happen to you, because you seem to be different than the rest of us,” Dobrev quipped. “But I’m 30, and damn proud of it! Have a lovely day :)”

Dobrev has previously opened up about her health, fitness and body insecurities, telling HuffPost in a July 2017 interview, “Like anyone, it comes in ebbs and flows and you have good days and bad days. I’m a person just like anybody else. I’m a girl and I have insecurities of my own.”

“I think being a positive example by practicing what I preach hopefully sends out a good message,” she explained. “It’s about showing people it’s not always easy. When you’re running around you might be less healthy or have a cheat day, but that’s okay because we’re all human.”

“We have to take care of ourselves to the best of our ability and be realistic with our goals … Nobody’s perfect,” Dobrev said. “I have cheat days, I eat burgers! I like brownies! It’s just once I get to the gym I have to work twice as hard is all.”

Related posts:
20/02/2019 Health News Comments Off on Nina Dobrev Hits Back at Body Shamers: Comments Like This Are 'Not Healthy and Very Rude'
Categories
Recent Posts