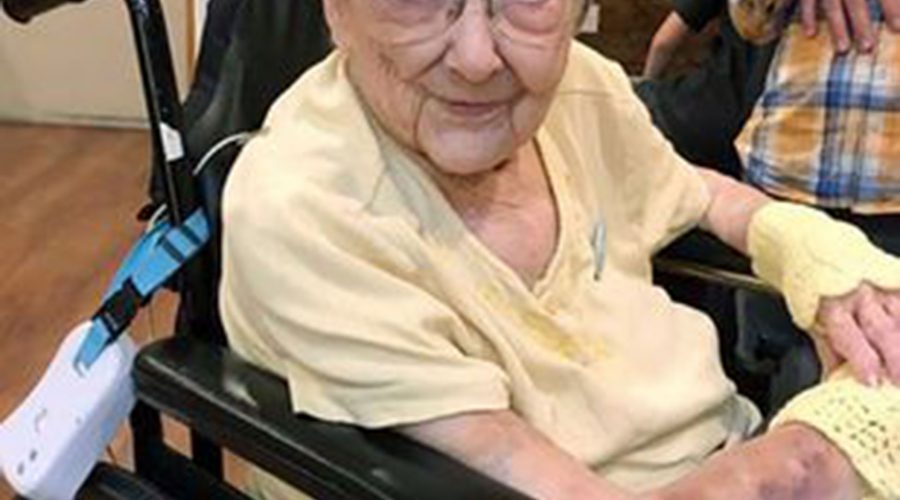 A 99-year-old women lived her life with her vital organs on the opposite sides of her body due to a rare condition, reports say.

Rose Marie Bentley lived her life free of any major health issues and died of natural causes, according to CNN. It was after her death that her family learned that she suffered from situs inversus with levocardia, a condition that usually claims the lives of patients before the age of 5.

A group of medical students at the Portland university made the discovery last spring during an anatomy class as they examined the cadaver in a dissection lab, according to USA Today. The students first noticed that the blood vessels in the woman’s chest were abnormal.

“When we looked at the organs of her abdominal cavity — which has the organs of the digestive tract — they were transposed entirely right to left,” Walker told USA Today. “I’d never seen this before and the students were every bit as fascinated.”

About 1 of every 22,000 babies are born with the condition, according to a study published in the Singapore Medical Journal. Walker told USA Today that about one in 50 million people with the condition live to see adulthood, as the ailment is usually accompanied by heart problems.

However, Bentley’s heart was in good shape, which likely explains her long life, Walker told the BBC. Walker said that he and his colleagues believe Bentley may have lived to be the oldest person known with the condition.

Bentley’s family said that the news explained some peculiar incidents in the woman’s life. Louise Allee, Bentley’s 66-year-old daughter, recalled to CNN the time Bentley’s appendix was removed and the surgeon noted that the organ “wasn’t in the right spot when they took it out.”

Other than that, Bentley’s daughter, 76-year-old Ginger Robbins, said the mom of five never showed any symptoms.

“We had no reason to believe there was anything like that wrong,” Robbins told CNN. “She was always very healthy. She was always doing something, taking us to Campfire Girls, fishing, swimming. She was an excellent swimmer.”

Related posts:
09/04/2019 Health News Comments Off on 99-Year-Old Woman Lived with Her Organs in all the Wrong Places — and Didn't Know It
Categories
Recent Posts