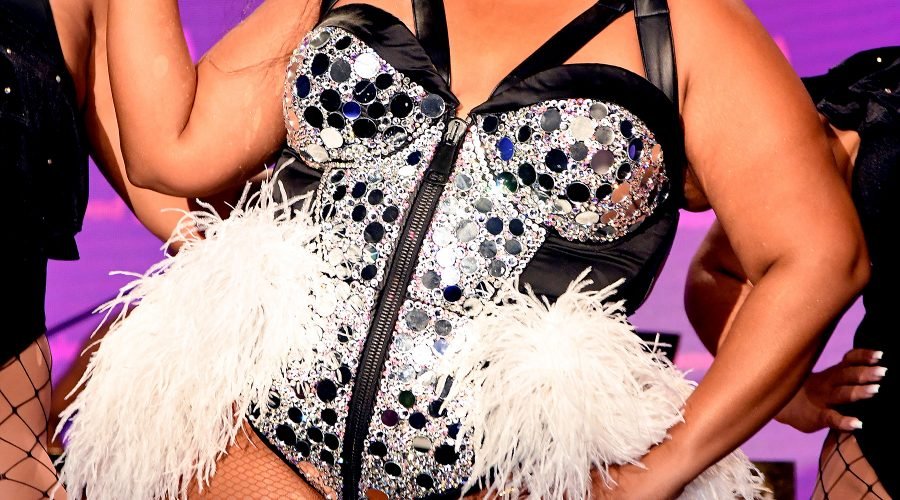 With songs like “Juice” and “Water Me,” Lizzo is known as one of the most body-positive women in entertainment. And while the musician now loves everything about herself, she didn’t grow up with that confidence.

Speaking with Jameela Jamil for the Good Place star’s new series, I Weigh Conversations, Lizzo said that she struggled to find a role model that looked like her in the media landscape.

“Every Black woman I saw was really light-skinned, or had straight, blond hair,” Lizzo, 30, said. “So I was like, ‘Wow, that’s beautiful, I want to look like that!’ but I would look in the mirror and I looked so far from that, that I was almost like, ‘I want to be somebody else.’ I didn’t have little things I wanted to change about myself. I had this entire fantasy about waking up and being like, Sailor Moon. Completely unrealistic goals.”

The singer also dealt with body shaming — often unintentional, she said — from friends, family and the people she was dating.

“There was so much signaling that I didn’t even realize growing up as a kid that my friends that are saying to me,” she said. “Even my parents were saying things that they didn’t even know … There’s just so many little things that we were all taught, that we teach.”

One memory that sticks out came when Lizzo was overwhelmed with everything in her life.

“I’ve ballooned in weight and all of that, up and down, and I remember when I was like, 20 or something, it was the hardest year of my life, it was awful, for a lot of reasons,” she said. “I didn’t have any money and I wasn’t eating, and I was also trying to be thin. I was working out a lot. And I remember I was with this guy, and we were laying down, and he was like, ‘I’m just so relaxed when I’m with you.’ And then he’s like, ‘So I showed your picture to my friends, and they said that your face is great but your body needs work.’ I was like, ‘WHAT!’ Who says that to somebody? And I was the smallest I had ever been in my entire life.”

Lizzo ditched him shortly after that conversation, but she was bothered more by her own reaction to his words.

“You know what, it didn’t hurt my feelings at first because I believed him,” she admitted. “When he said it to me I was like, yeah he’s right, because I had been working on that for so long and so hard and wanting my body to match my face and be this certain body type, and that’s the craziest part for me, that I actually believed his s—.”

At that point in her life, Lizzo had moments where she wanted to “cut off my stomach and throw it,” because she was so ashamed of her body when she looked in the mirror.

It took realizing that, “no matter how small or big or how I look, no one’s ever going to be completely happy,” with her appearance for Lizzo to learn to love herself.

Lizzo said that she “had to unlearn a lot of bulls—” about body expectations to find her confidence.

“I think because I believe that I’m beautiful and I found that beauty within myself, it starts to come out,” she said. “Maybe I was always beautiful to people, you know, beauty is in the eye of the beholder. But I’m glowing because I had to find that.”

Related posts:
05/04/2019 Health News Comments Off on Lizzo Learned to Love Her Body After Spending the ‘Hardest Year’ of Her Life ‘Trying to Be Thin’
Categories
Recent Posts