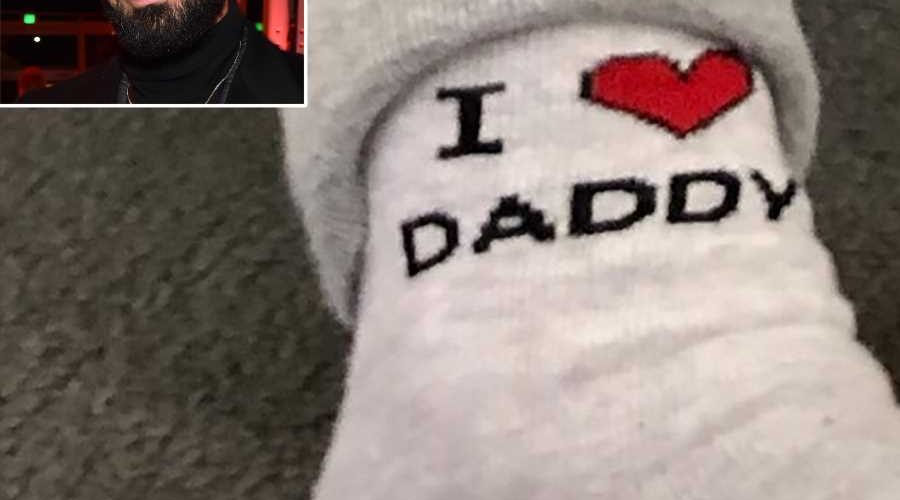 Drake‘s son Adonis just professed his love for his rapper dad in the most adorable way!

On Monday, Drake, 33, shared a sweet photo on his Instagram Story, which shows his 2-year-old baby boy sporting, “I ❤️ Daddy” socks.

Though Adonis’ face is cut off in the image, Drake made sure to include the toddler’s cute little outfit — a Burberry sweatsuit.

On Oct. 12, Drake shared an Instagram photo of Adonis’ birthday decorations, giving fans a glimpse into his ultra-private relationship with his child.

“Happy Birthday King 💙,” Drake captioned the photo. The decorations included a Cookie Monster floral arrangement and a large number of gold balloons that appeared to be set up in the star’s home, including some that spelled out Adonis’ name in an arch over the doorway.

Since becoming a father, Drake has shared very little social media posts about his son, whom he shares with artist and former adult film star Sophie Brussaux.

In June, the “God’s Plan” rapper posted a sweet photo of a painting Adonis had made for him in honor of Father’s Day.

The one-of-a-kind artwork featured a stenciled design of the word “Papa,” which stands out from an abstract background consisting of green, yellow, blue and pink dots.

The “Hotline Bling” hitmaker had previously shown off his son’s handiwork last December after he received a painting that his son appeared to give him as a Christmas present.

Drake confirmed the long-rumored news that he fathered a child with Brussaux on numerous tracks on his double album Scorpion, which was released last June.

During an episode of LeBron James‘ unscripted HBO series The Shop last October, Drake raved about his “beautiful” son.

Related posts:
05/11/2019 Family Health Comments Off on Drake's Son Adonis Shows Off His Love for Rapper Father by Wearing Adorable 'I Heart Daddy' Socks
Categories
Recent Posts
We and our partners use cookies on this site to improve our service, perform analytics, personalize advertising, measure advertising performance, and remember website preferences.Ok