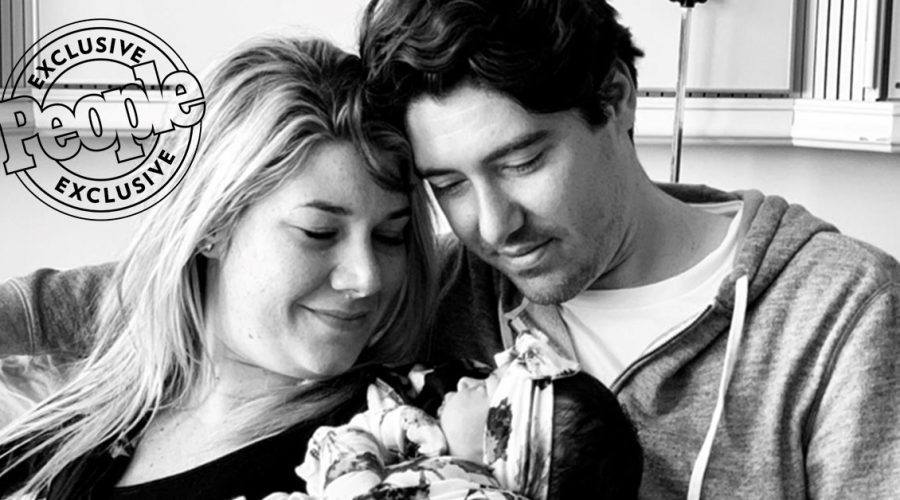 “Mother and baby are both healthy and currently resting,” the rep says.

James, 35, shares he’s completely thrilled about the new addition to his family, saying, “We are so thankful and in awe of her. She’s everything beautiful we didn’t know we were missing.”

The baby girl’s name is especially meaningful to the couple as it was inspired by the area in which James grew up, Evangeline Parish, Louisiana.

“We have always loved that name, and Kelsie suggested the idea of that being her middle name,” James says.

The new baby makes James’ fifth child as he has four children from his first marriage; however, Rellie is his first daughter and the James and Kelsie’s first child together.

On Wednesday, James expressed his excitement over Rellie’s birth on Twitter.

“Tomorrow I’ll have a daughter. Whoa,” he tweeted.

Now that baby Rellie is here, James, along with his wife and their infant daughter, will hit the road next month as a guest vocalist on the Music of Randy Travis Tour where he will perform 16 of Randy’s hits along with the original Randy Travis touring band.

Randy Travis will be appearing at every show on the 12-city tour.

James’ current single, “Another Love Song,” is out at country radio right now and he plans to release a full-length project in the first quarter of 2020.

Related posts:
21/09/2019 Family Health Comments Off on James Dupré and Wife Kelsie Welcome Baby Daughter Rellie Evangeline Dupré: 'We Are So Thankful'
Categories
Recent Posts
We and our partners use cookies on this site to improve our service, perform analytics, personalize advertising, measure advertising performance, and remember website preferences.Ok