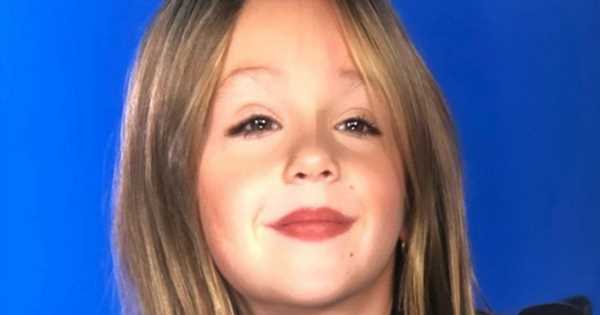 Kim Zolciak-Biermann doesn’t have time for the mom-shamers.

The former Real Housewives of Atlanta star, 41, faced some heat after sharing a photo of her 5-year-old daughter, Kaia Rose, while she appeared in an interview on her mother’s reality series, Don’t Be Tardy.

“Picture of the screen, where does the time go @kaiabiermann how are you 5 already?” wrote Zolciak-Biermann, who took a photo of her daughter on the TV screen to share with her fans just how grown-up her little girl looked.

However, some followers responded to her post claiming her daughter’s “grown-up” appearance was unnatural and shamed the mother for letting her daughter wear makeup.

“Makeup and hair extensions. Really??,” one user slammed the Bravo star in the comments. The assumption seemed to give Zolciak-Biermann a good laugh as she responded, “hair extensions now that’s funny!”

Another user told the mother her daughter was “too young” to be wearing makeup. “She also has eyeliner on just saying shes a beauty without makeup and way too young,” the critic wrote.

When another critic asked, “why is [Kaia] wearing a bright red lipstick? I don’t eve[sic] wear lipstick that bright,”  the mother-of-six reminded the hater that everyone is entitled to do what makes them happy — whether that means wearing makeup or not.

“sweetie it’s a tv screen color is off it’s not accurate but regardless just because you don’t doesn’t mean others won’t,” Zolciak-Biermann responded, adding some bright red lip emojis.

This isn’t the first time the former Real Housewives of Atlanta star has faced-off against online mommy shamers. Last October,  the reality star defended herself against claims that she photoshopped her young children, Kaia and twin brother Kane Ren, when they were just 4 years old.

“People are f—– SICK!! Get the f— out here!! No post was taken down and no photo has been nor will ever be edited of my children! I will no longer stand for this bulls—!” she tweeted at the time.