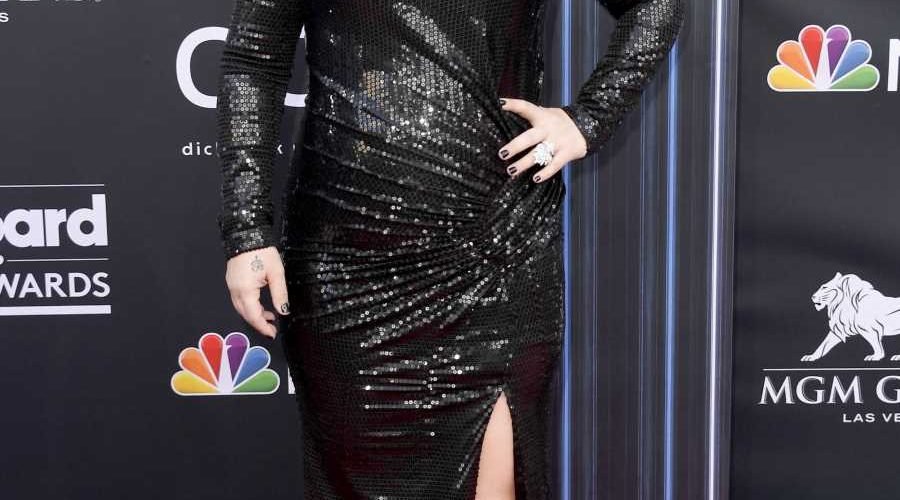 While on set for the Red Nose Day edition of Hollywood Game Night (airing Thursday), the singer, 37, opened up exclusively about her 4-year-old daughter River Rose taking after her showbiz ambitions.

“Our little girl loves dancing and gymnastics. She wants to dance, that’s her big thing. And she wants to sing like mommy, which I’m going to try and steer her clear of,” joked Clarkson.

While Clarkson — who is also mom to 3-year-old son Remington, stepdaughter Savannah and stepson Seth — has been a star for years, the singer revealed her kids don’t really focus on her fame. “I think they look at me as ‘Mom,’ so they don’t really even [think about it],” she said. “[Remington] has no idea. They’re just very normal. We’re not like, in the scene, ever.”

Along with husband Brandon Blackstock, 42, Clarkson is used to playing dress-up and games with her younger children, but the star admits she gets super competitive when it comes to playful competitions such as Hollywood Game Night, which is raising money with Red Nose Day to help children living in poverty.

“I’m very competitive. I love it. I just love the sport of it,” she said of competing against stars such as Jennifer Garner, Sean Hayes, Kenan Thompson and Thandie Newton.

“I love the cause. It was really fun. It’s just a really cool thing and an easy thing to be a part of. My husband and I grew up very differently than how we are financially now,” she added. “It’s very hard sometimes when it’s a blessing when you can give your kids everything, but it’s also kind of a crutch, a little bit because you want to paint a reality that is of everyone, not their own.”

Host Jane Lynch, 58, agreed that Clarkson was the “most competitive person I’ve ever encountered,” but stressed that she also has “the hugest heart.” Added Hayes, 48, after the taping: “We were on the same team last year and we just screamed in each other’s faces the entire time! We really worked well with each other and kind of brought out the competitive monsters that we are.”

Red Nose Day was launched by the non-profit organization Comic Relief and has raised over $1 billion worldwide since the campaign’s founding in 1988.

Related posts:
22/05/2019 Family Health Comments Off on Kelly Clarkson Says Her Son Remington Has 'No Idea' She's Famous — and That's the Way She Likes It
Categories
Recent Posts
We and our partners use cookies on this site to improve our service, perform analytics, personalize advertising, measure advertising performance, and remember website preferences.Ok