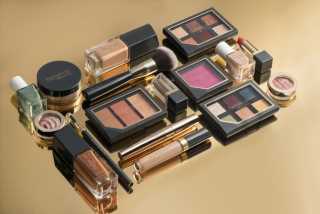 Dollar General is placing its biggest bet on beauty to date, with the introduction of a private-label makeup line, which was revealed on its company earnings call earlier this month.
Believe Beauty, codeveloped by Maesa, is set to roll out to 15,400 Dollar General stores — roughly all of its locations, as well as dollargeneral.com, on May 1. The prestige-inspired line consists of 150 makeup items and is heavy on everyday essentials such as foundation, but dabbles in trend colors, especially in lip and eye. Nothing is priced over $5.
Considering the breadth of the assortment and Dollar General's rapid expansion plans — the chain is planning to open 975 more locations in this fiscal year ending next Jan. 31  — industry sources estimate the line could do $40 million to $50 million in annual retail sales. Both Dollar General and Maesa declined to discuss sales projections.
The idea behind Believe Beauty is that it is prestige-quality formulations with custom packaging at value prices — akin to E.l.f. Cosmetics in its early days, when it sold on-trend, prestige-inspired items for just $1 (some of its products now surpass $14).
The Believe Beauty products will be sold on a three-foot freestanding fixture, similar to "what you'd see in a Sephora or Ulta ," said Scott Oshry, chief marketing officer of Maesa. This is a first for Dollar General stores — the vast majority of its beauty products are sold against a wall.
For Dollar General, Believe Beauty is a way to delve deeper into makeup, a category that has traditionally consisted of slim pickings at the value level, with only a fraction of the selection that mass and drugstores have. "They don't always have the luxury of being able to bring in the most current color stories and formulations," said Oshry of dollar chains. " a brand that looks and acts like a specialty beauty."
Believe Beauty follows the July launch of Dollar General's first private-label beauty line, Studio Selection, which consists of 36 trend-based hair and skin products, with nothing retailing for less than $6.
Dollar chains in the U.S. are increasingly betting on beauty. Dollar General and Family Dollar have redesigned their beauty departments in the past year to include upgraded fixturing and lighting.
Data shows that consumers are increasingly shopping the dollar channel. Dollar General alone generated $25.6 billion in retail sales in its last fiscal year, ending Jan. 31. In 2017, Dollar General contributed the second-most dollar growth in the mass and club category, according to research from Stifel. Some of this growth is coming from beauty. Also in 2017, 13 percent of consumers polled in The NPD Group’s Women’s Facial Skincare Consumer Report said they shop the dollar channel for skin care, up 9 percent from 2015. A 2 percent increase from 2016 to 2018 was recorded in shoppers buying makeup at dollar stores.
More From WWD:
Saks Off Fifth Reveals First Private Label Beauty Line, Fifth City
Are Dollar Stores Beauty's Next Big Channel?
What Not to Wear Makeup Artist Carmindy, QVC Team on Line