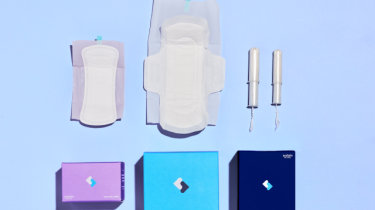 In 2017, Keech Combe Shetty, chief executive officer of Vagisil, told WWD that she was "bullish about vaginas."
Now — with a majority investment in Sustain Natural, a five-year-old brand that focuses on natural and sustainable tampons, condoms and other sexual health products — she's acted on it.
"That still holds true," Shetty said, of her previous comment. Combe, the parent company of Vagisil that was started by Shetty's relatives, took a majority position in Sustain.
The two brands will continue to operate separately, but Sustain will have access to Combe's research and development capabilities, and both Shetty and Sustain founder and ceo Meika Hollender will work to push the conversation boundaries around women's sexual health. Terms of the deal were not disclosed, but Sustain is said to be growing quickly, and posted a 300 percent sales increase for 2018.
"With the evolution of the Me Too movement and Time's Up, there's been an opportunity to talk about issues and topics that have historically been taboo and closeted, and what we're hoping to do is have that halo into women's intimate health, vaginal health, and sexual wellness for women," Shetty said.
Both businesses are taking a "shameless" approach to talking about vaginal wellness, Shetty said — as opposed to approaching the topic in the quiet, minimalist-chic methods of many of the newer intimate health brands.
"Amplifying these conversations is really what's going to move the needle," Shetty said. "You can only be so flowery and beautiful…women's history is at the point right now where enough is enough — we need to have gritty conversations."
"There are some people making products to make them discreet…but there's a level of dialogue that needs to happen to get women buying and carrying condoms," Shetty said.
Shetty and Hollender met a few years ago, they said, and when it came time for Sustain to raise money, Hollender said remembered the two companies' "shared values." "It's hard to raise money, but it's really hard to raise money when you're talking about sex," Hollender said.
It's also apparently really hard to advertise when you're talking about vaginas, the two agreed.
One of the reasons partnering with Combe was so appealing to Hollender was a decades-old story from Vagisil. Back in the day, the brand had a hard time both in getting name approval, as well as approval to run the word vagina in an advertisement, Hollender said.
Sustain, a digitally native business, has had a hard time with wording in its Facebook ads, Hollender said.
"The phrase over and over by the Facebook team is 'pleasant not pleasure,'" she said. "Facebook, and pretty much every digital platform, is figuring out, or trying to figure out how to deal with women's sexual health. The policies are family planning you can technically advertise, but within four words."
Shetty noted that Vagisil has faced similar issues with advertising on network television.
Hollender started Sustain with her father, Jeffrey Hollender, the founder of Seventh Generation, in 2014. The business, which bills itself as "vagina-friendly," started with condoms that talked about ingredients and labor — Sustain's fair-trade condoms contain ingredient lists, no nitrosamine, parabens or gluten, and talk about the rubber-sourcing process. Gradually, the line rolled out other products, including tampons, pads and liners, period underwear, period cups, wipes, lubricant, massage oil, body wash, and balm.
The deal should give the company access to more resources for R&D, but also increased potential for distribution, Hollender said. Right now, Sustain is sold online, as well as in roughly 4,000 Whole Food, Bed Bath & Beyond, Meijer, and Wegmans stores, as well as other doors. New products will likely hit the market in 2020, she noted.
For its part, Vagasil has a host of new products that have recently hit or will soon hit the market, including some that contain a hypoallergenic fragrance and a "dry wash" (similar to dry shampoo).
The transaction underscores an increased focus on women's intimate health that has hit the beauty market in recent years, spreading from products like organic cotton tampons through to lubricant and even vibrators.
For more from WWD.com, see:
How Women Entrepreneurs are Disrupting the Sex Toy & Feminine Care Markets
The Vagina Diaries: Beauty World Embraces Feminine Care
Source: Read Full Article