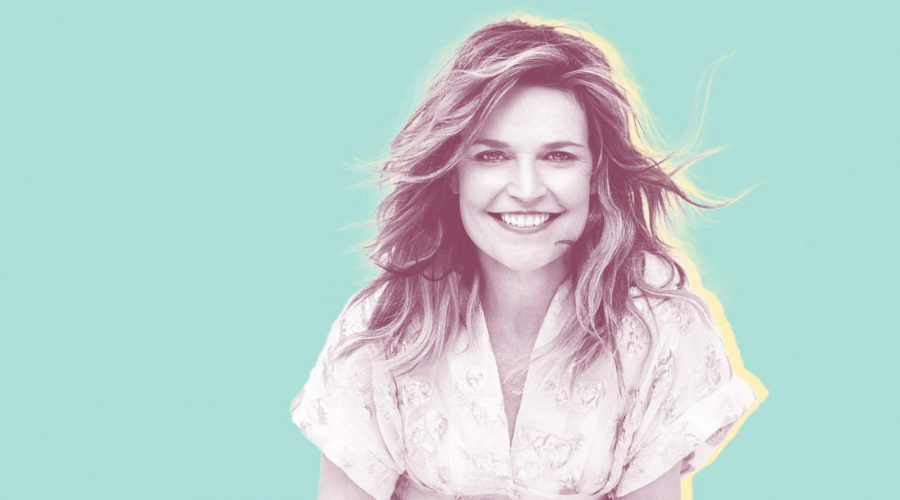 Savannah Guthrie has explained her absence from the Today show this week, and it’s not your typical stomach bug excuse. The anchor suffered an eye injury while she was playing with her 2-year-old son Charley—and he got a little exuberant with a toy train.

“Charlie threw a toy train right at my eye and it tore my retina,” Guthrie, 47, told viewers when she phoned in to the show. “It has a really pointing edge and he threw it right at me.”

The injury was actually really serious, leaving the TV anchor temporarily blind in the affected eye. “It happened last week, actually, and then I lost my vision in my right eye about 24 hours later,” she revealed. “It turned out to be kind of serious. They were afraid my retina would detach. They told me to just take it easy and they’ve been doing a bunch of laser procedures to avoid having to do the whole surgery.”

Guthrie added, “I really did lose my vision in my right eye. It was so blurry from—not to get too gross—but there was so much blood in my eye that it completely blocked my vision.”

What exactly is a retinal tear or detachment?

A torn or detached retina (the light-sensitive tissue that lines the back of the eye) is a serious problem that can cause blindness unless it’s treated, according to the American Academy of Ophthalmology (AAO).

According to the American Society of Retinal Specialists (ASRS), speedy diagnosis of a retinal tear (before it progresses to retinal detachment) can avoid the need for surgery. Laser treatment or a freezing procedure called cryotherapy can be done in an office setting with topical or local anesthesia, only cause mild discomfort, and get good results. However, after treating a retinal tear, it’s important to monitor the eye, as there’s a greater risk of developing additional, separate retinal tears.

Low-risk retinal tears may not require any treatment at all; they simply form natural adhesions around the damaged area. From what Guthrie has said, it sounds like she was somewhere in the middle of the scale: serious enough to need immediate treatment, but not so serious as to require surgery.

Since Charley is only age 2, he doesn’t really understand what’s happened, saving him from what would otherwise be a pretty major dose of guilt.

“I wouldn’t want to make him feel bad for it,” Guthrie said. “He hears me talking about it and he has no idea. I was FaceTiming with my mom to tell her and he came running on and said, ‘I did it!’ He’s a bruiser!”