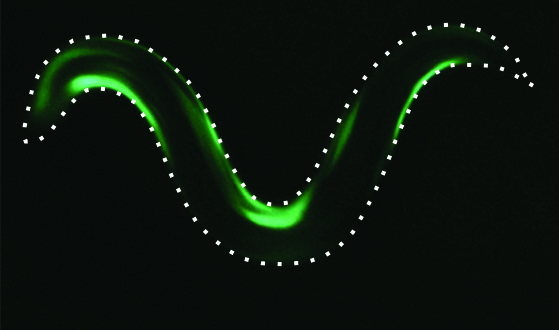 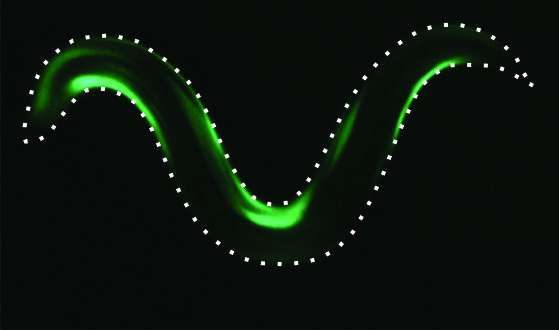 A new study by Illinois State University’s Andrés Vidal-Gadea is breaking ground in the field of muscular dystrophy research.

Published Tuesday in Proceedings of The National Academy of Science of the United States of America, the study lays out the success of Vidal-Gadea’s lab in mirroring symptoms of muscular dystrophy in an animal, the C. elegans worm.

“That had been a big snag in this research field,” said Vidal-Gadea, who noted the worms share two-thirds of the same genes as humans, and build muscles the same way. “No animal gets as sick as we do, so when you try to study this disease and the animal doesn’t get as sick, you cannot make a lot of progress when studying this disease.” The lab managed to grow the worms where the gene was “broken” with muscular dystrophy the same as it is in humans.

The innovative study, which is funded through the National Institutes of Health, also pioneered new methods of studying C. elegans in more natural environments, all with the aim of seeing if exercise produces long-term beneficial effects for muscular dystrophy patients.

“Rather than just grown on top of a petri plate, as is tradition, we could watch them burrow,” said Vidal-Gadea, an assistant professor of molecular neuroethology, who employs the worms in a variety of neurological studies. The new method brought out the phenotype of the disease—or led to the worms displaying the illness.

Students in the lab altered the exercise regime for worms to mimic different activities. Some C. elegans simply sat near food. Others swam to mirror high-frequency/low impact exercise such as jogging. Still others burrowed through gelatin to give the same effect as weight-lifting. Over time, worms that exercised built up muscles at different levels, but saw no change in the length of life or in the course of disease.

“It’s unfortunate, but our interpretation is that the exercise tested does not impact the course of the disease,” said Vidal-Gadea.

The work touches close to home for Vidal-Gadea, who worked with patients with muscular dystrophy when he was an undergraduate student studying at the University of Victoria in British Columbia, Canada. At times, clients who would try different methods of exercise could end up worse off than when they started. “That was brutal to see. They were trading their health for a chance to get better, but there is nothing in the literature that is conclusive about what helps,” he said.

The failure is not in the exercise itself, but how the disease operates, noted Vidal-Gadea. He compared muscles to the engine of a car that provide force. “You can build up the engine and gather more force,” he said. “But the problem isn’t the engine, it’s in how the force is transmitted. So just building muscles alone is like trying to put a Formula 1 engine into a little Volkswagen bug when the transmission is broken. You might just tear your car apart. Now, if you only look at some of the parameters like maximal RPMs of the engine, you may be led to believe that the treatment helped.”

The three-year study will also help scientists better understand the chain of events when humans develop muscular dystrophy, and the symptoms that arise. “We know that when people get muscular dystrophy, the gene is broken and muscles die,” said Vidal-Gadea, “but there are a lot of things that happen in between that we don’t know.” He added that piecing together the chain will give scientists a view into what damage is caused by the disease and what is sparked by the muscles trying to fight back.

Even more striking, in several cases, the students were able to prevent dystrophic animals from developing signs of sickness. “It was very few cases, and the illness did not go away, but the C. elegans did not show any symptoms of it in their actions,” said Vidal-Gadea. “Our next steps will be to explore what chain of events might have led to the reversal.”