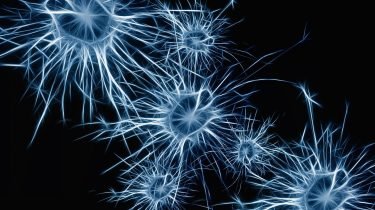 Humans, like other animals, possess an enormous learning capacity that allows for the apprehension of new sensory information to master new skills or to adapt to an ever-changing environment. However, many of the mechanisms that enable people to learn remain poorly understood. One of the greatest challenges of systems neuroscience is to explain how synaptic connections change to support adaptive behaviours. Neuroscientists at the University of Geneva (UNIGE), Switzerland, previously showed that synaptic learning mechanisms in the brain’s cortex are dependent on feedback from deeper brain regions. They have now deciphered how this feedback gates synaptic strengthening by switching particular inhibitory neurons on and off. This study, published in Neuron, not only constitutes an important milestone in the understanding of the mechanisms for perceptual learning, but may also offer insight into computerized learning systems and artificial intelligence.

The cortex – the brain’s outer and largest region – is important for higher cognitive functions, complex behaviours, perception and learning. Upon the arrival of a sensory stimulus, the cortex processes and filters its information before it passes the most relevant aspects on to other brain regions. Some of these brain regions, in turn, send information back to the cortex. These loops, known as “feedback systems,” are thought to be essential for the functioning of cortical networks and their adaptation to new sensory information. “For perceptual learning – which is the improved ability to respond to a sensory stimulus – neuronal circuits need to first assess the importance of the incoming sensory information and then refine the way it is processed in the future. Feedback systems to a degree confirm that those synapses that were responsible for transmitting the information to other brain areas did this correctly,” explains Anthony Holtmaat, professor in basic neurosciences at the UNIGE Faculty of Medicine, who directed this study.

How the whiskers highlight the feedback systems

The whiskers on a mouse’s snout are specialized in tactile sensing and play a major role in the animal’s ability to comprehend aspects of its direct environment. The part of the cortex that processes sensory information from the whiskers continuously optimizes its synapses in order to learn new aspects about the tactile environment. Therefore, it constitutes an interesting model for understanding the role of feedback systems in synaptic learning mechanisms.

The team found that both components, when triggered separately, activate a wide range of neurons. However, when activated simultaneously, some neurons actually decrease their activity. “Interestingly, the neurons that are inhibited when the sensory input and the feedback occur together usually inhibit neurons that are important for perception, this is known as an inhibition of inhibition or a disinhibition,” explains Leena Williams from the UNIGE Faculty of Medicine, the study’s first author. “Thus, these neurons act like a gate for the incoming information, and which is normally closed. But when feedback comes in, the gate is opened, allowing those synapses that take care of the primary sensory information to increase their strength. With this study we have identified how feedback possibly optimizes synaptic connections to better prepare for future incoming information,” she adds.

Now that they have identified which neurons are involved in this mechanism, these scientists will test their results in “real life” to check whether the inhibiting neurons will behave as predicted when a mouse needs to learn new sensory information or when it discovers new aspects in its tactile environment.

Related posts:
02/01/2019 Health Problems Comments Off on How does the brain learn by talking to itself?
Categories
Recent Posts
We and our partners use cookies on this site to improve our service, perform analytics, personalize advertising, measure advertising performance, and remember website preferences.Ok