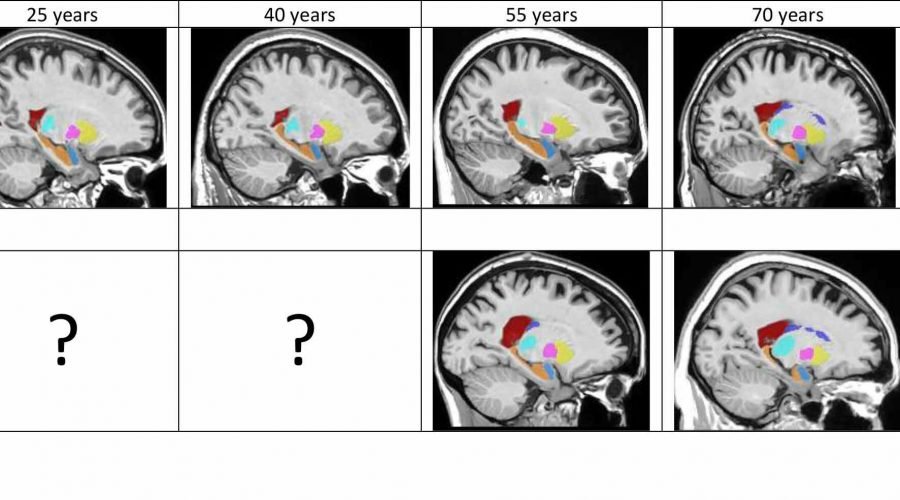 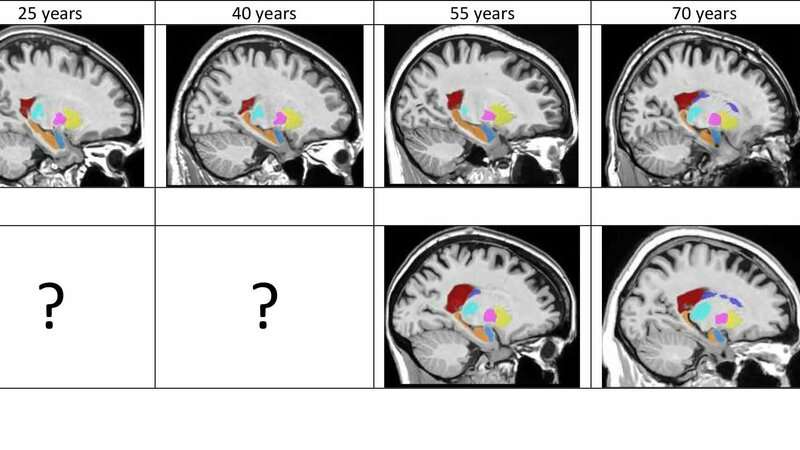 What changes in the brain are caused by Alzheimer’s disease? How do these changes differ from those observed in the normal ageing process? Researchers from the CNRS, the École pratique des hautes études (EPHE) and the University of Valencia (Spain) explored these questions by analysing over 4,000 MRI scans of healthy and diseased brains using the “volBrain” platform. Their models, published in the March 8, 2019 edition of Scientific Reports, reveal an early atrophy of the amygdala and hippocampus at age 40 in patients with Alzheimer’s disease.

Alzheimer’s disease is characterised by changes in the brain, some of which can be measured in the patient using biomarkers such as the size of different areas of the brain. Studying these biomarkers has shown that certain brain structures shrink in the presence of Alzheimer’s well before the first signs of dementia appear. Key questions remained however: when and how did changes in these biomarkers differ between a healthy subject and one with Alzheimer’s, for example?

To answer these questions, the researchers created a model which traces brain changes and activity over an entire life span using a massive set of over 4,000 MRI scans processed with the volBrain platform. Prior to this, scientists did not have images covering every period of an Alzheimer patient’s life. Researchers suggested modelling the changes generally seen in the volumes of different structures using a vast quantity of samples in order to pinpoint where healthy brains diverged from diseased ones over time. 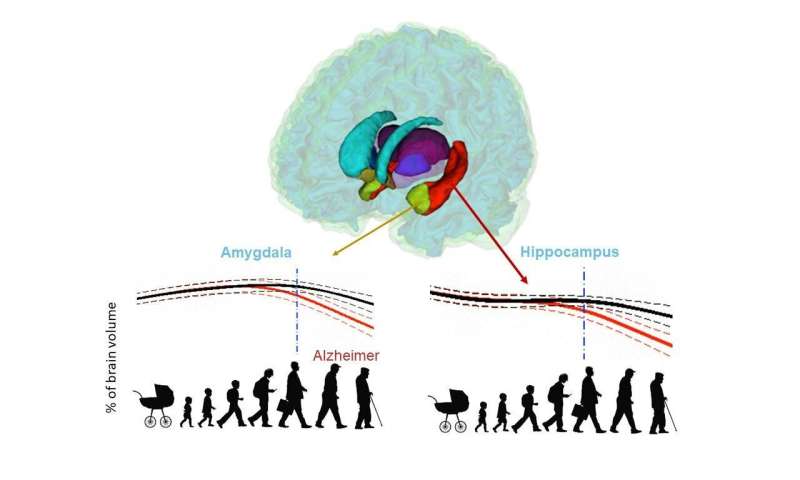 Based on MRI scans from 2,944 healthy control subjects between the ages of 9 months to 94 years old, the team developed a ‘normal’ model of average brain changes, which they compared to a pathological model based on MRIs from 1,385 Alzheimer’s patients aged over 55 and 1,877 young control subjects. Their results show an early divergence between the pathological models and the normal trajectory of ageing of the hippocampus before age 40, and of the amygdala around age 40. Both of these structures suffer atrophy in the presence of Alzheimer’s disease. Also evident is an early enlargement, in patients with the disease, of an internal cavity in the brain known as the lateral ventricle. This enlargement is part of the ageing process in normal subjects too, however, thus limiting the pertinence of this measurement in subjects of an advanced age, and reaffirming the usefulness of studying biomarkers across an entire life span.

Related posts:
08/03/2019 Health Problems Comments Off on How does the brain change over the course of Alzheimer’s?
Categories
Recent Posts