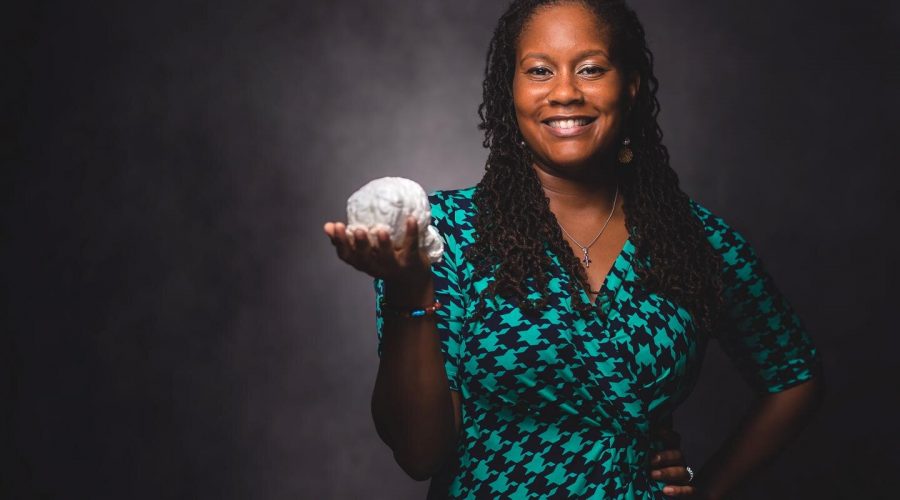 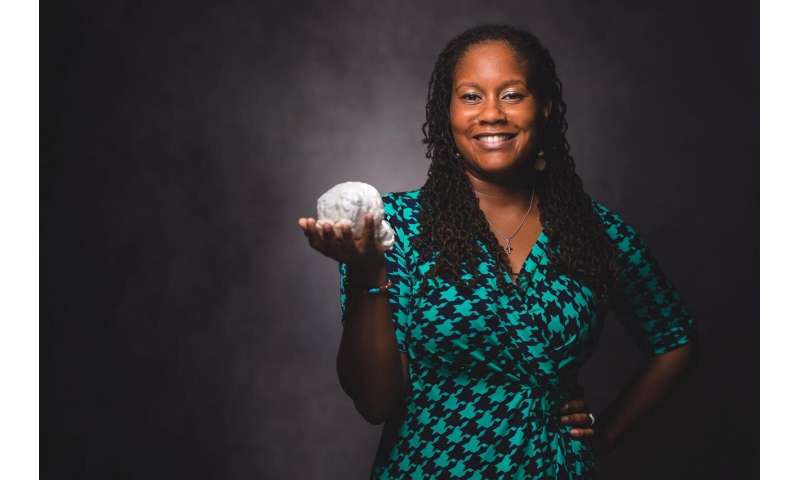 The human brain has some remarkable capabilities—including the ability to block cancer drugs from effectively reaching cancer cells in the brain.

The greatest obstacle when it comes to treating cancer that has spread to the brain is the blood-brain barrier, the brain’s natural defense mechanism that is a collection of blood vessels that can filter out what goes in and out of the brain.

Purdue University scientists have provided the first comprehensive characterization of both the blood-brain and blood-tumor barriers in brain metastases of lung cancer, which will serve as a road map for treatment development. The work was recently published in Oncotarget.

The research was led by Tiffany Lyle, assistant professor of veterinary anatomic pathology, whose work focuses on the pathology of the blood-brain barrier. As the principal investigator of the Comparative Blood-Brain Barrier Laboratory, she and her team have collaborated with scientists at Purdue and the Indiana University Simon Cancer Center.

“Brain metastases occur most frequently in patients diagnosed with breast and lung cancer and melanoma,” Lyle said. “These metastases have a devastating survival rate, mostly because it’s so difficult to get drugs into the brain tissue because of the blood-brain barrier.”

Brain metastases, or secondary brain tumors, occur when cancer cells spread from their original site to the brain. This happens in 10% to 30% of adults with cancer, according to the Mayo Clinic. 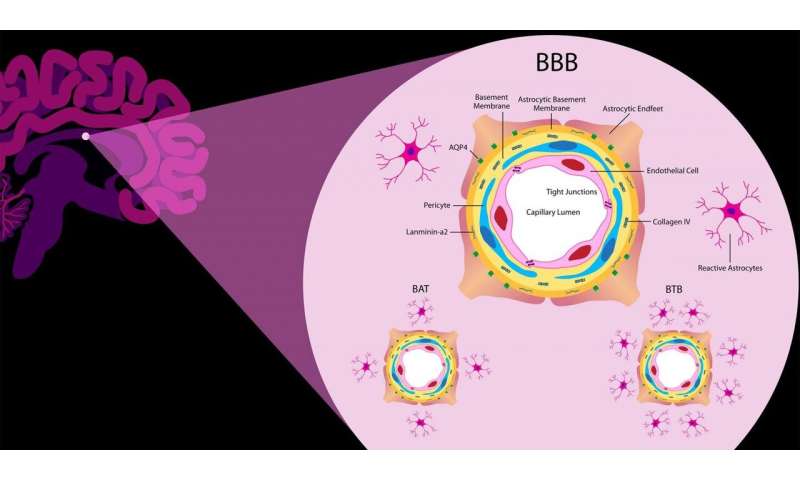 “We wanted to see what changes in the blood-brain barrier were occurring rapidly and which ones were sustained over time,” Lyle said. “Identifying those changes and pinpointing when they occur during the transition will be critical to developing treatment plans and being able to identify where, and when, cancer cells need to be targeted.”

The blood-brain and blood-tumor barriers were analyzed in animal models with non-small-cell cancer cells and immunofluorescent imaging. Researchers also validated their findings by studying the blood-tumor barrier of brain metastases in human post-mortem tissue.

Scientists observed that one of the sustained changes during the transition from the blood-brain barrier to the blood-tumor barrier was in one of the largest cell types in the brain that has numerous functions. These cells are known as astrocytes. Lyle said that discovery alone will be key when it comes to future treatment development.

“Identifying when that change occurs during the transition is critical because it tells us when and where the brain vasculature prevents effective drug delivery,” Lyle said.

Lyle also heads the Comparative Blood-Brain Barrier Laboratory at Purdue and is already collaborating with Yoon Yeo, a professor in the Department of Industrial and Physical Pharmacy, to work on improving drug delivery. Being able to truly target cancer drugs to diseased tissue could improve quality of life in patients, Lyle said.

Related posts:
12/11/2019 Health Problems Comments Off on Getting cancer drugs to the brain is difficult—but a new ‘road map’ might make it easie
Categories
Recent Posts
We and our partners use cookies on this site to improve our service, perform analytics, personalize advertising, measure advertising performance, and remember website preferences.Ok