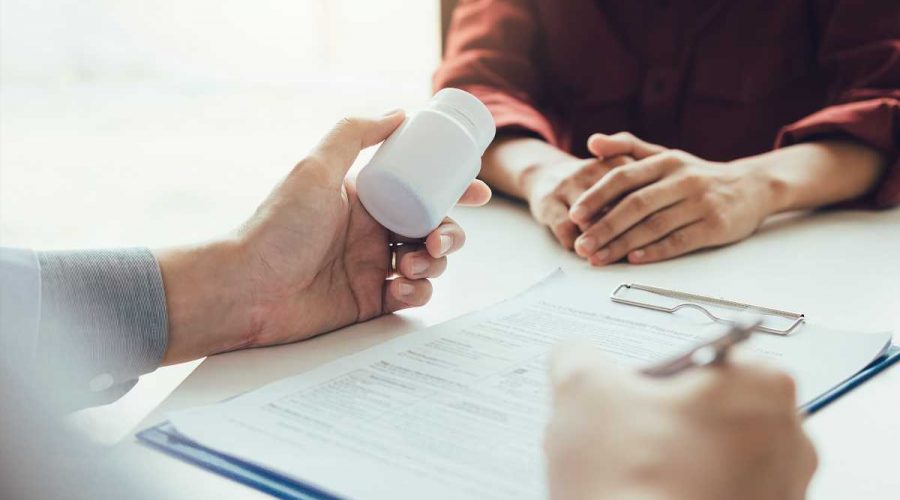 Though lawmakers in states like Georgia and Alabama are trying to severely limit access to abortions, they’re still legal across the United States — and women in need of one have options.

Along with a surgical abortion, which occurs in a clinic or doctor’s office, women can also opt for a medical abortion, often referred to as the “abortion pill.” It’s actually the more popular of the two options, but the name is a bit of a misnomer — the procedure consists of two pills, not just one.

Here’s the answer to everything you’ve ever wondered about a medical abortion.

What is the “abortion pill”?

“We usually use two drugs,” explains Dr. Mary Jane Minkin, a board-certified OB/GYN at Yale University School of Medicine and member of PEOPLE’s Health Squad. “The first is mifepristone, and it basically blocks the activity of progesterone, which is the hormone that keeps the pregnancy going and maintains the placenta. Any medication that interferes with progesterone will basically antagonize the pregnancy and it causes a miscarriage.”

“The other drug is misoprostol, which causes uterine contractibility,” she continues. “It’s actually an ulcer-treating drug. In a medical abortion, it helps to contract and expel the pregnancy inside of the uterus.”

How do you decide between a medical and a surgical abortion?

The first thing to consider is timing — medical abortions can only happen through 10 weeks of pregnancy, which means 8 weeks of gestational age. “The further you go in pregnancy, there’s a higher chance of failure, and you’ll need a D&C” — a surgical abortion, Minkin says.

But after that, “You have to discuss it with the patient, and see what she’s comfortable with,” she says. “It’s a miscarriage that they’re going to be feeling. So it’s not going to be quick or easy — and it’s never easy to have an abortion. But if someone says that they want this done tomorrow and just be knocked out, then they’re looking for a surgical abortion. She’ll wake up and it’ll be done, but it is a surgical procedure and there are some risks and bleeding.”

How much does it cost?

The price depends on insurance and the provider. According to Planned Parenthood, the pills can cost up to $1,000 without insurance, but it’s often less. And with insurance, it can be fully or partially covered.

How does a medical abortion work?

Patients can get the pills from their doctor, not online — “you can only get it from a medical provider,” Minkin says — and take them at home. But that does not mean it is necessarily easier than a surgical abortion.

“Unfortunately, one of the major side effects is pain,” she says. “Both drugs can create nausea, vomiting and diarrhea. Some people get dizziness and headaches. That goes back to laying out the choices — if someone says ‘I’m not into pain and diarrhea, just wake me up when it’s done’ then a surgical abortion is better.”

Because the pills trigger a miscarriage, women should expect significant bleeding that then peters out.

Can I just take Plan B?

No — “Plan B does not cause abortions,” Minkin says. “Plan B will keep you from getting pregnant, but Plan B must be used within three days of intercourse. Plan B is a significant dose of a progestin. Supposedly, it stops you from ovulating. So it’s different from stopping a pregnancy that’s already established.”

How do you know if it worked?

Medical abortions are around 95 percent effective, and the earlier they’re done, the more effective they’ll be. All women are expected to go back to the doctor for an exam to see how it went.

“We follow up with everybody,” Minkin says. “A simple exam may suffice — you see what the uterus feels like. It’s swollen during pregnancy and it’s usually soft. If it’s small and firm, then the abortion is complete. Or you can do an ultrasound, and if the sac in the uterus is gone, then the abortion is complete. You can also check the hormone levels.”

Rarely, it won’t be fully successful, and a woman may need to have a D&C “to clean out the lining of the uterus.” But it typically works.

What else do I need to know?

Don’t feel embarrassed. “No woman wants to get an abortion. But unfortunately, we’re all human and contraception isn’t perfect,” Minkin says. “Forty-five percent of pregnancies in America are unplanned. And over 40 percent actually used a contraception method when they conceived. They were trying, and something went wrong — maybe they forgot to take the pill. They were trying to be responsible.”

“If there are any questions, just call Planned Parenthood and they’ll give you guidance.”

Related posts:
12/11/2019 Health News Comments Off on How Does the ‘Abortion Pill’ Work? Here’s Everything to Know About a Medical Abortion
Categories
Recent Posts
We and our partners use cookies on this site to improve our service, perform analytics, personalize advertising, measure advertising performance, and remember website preferences.Ok