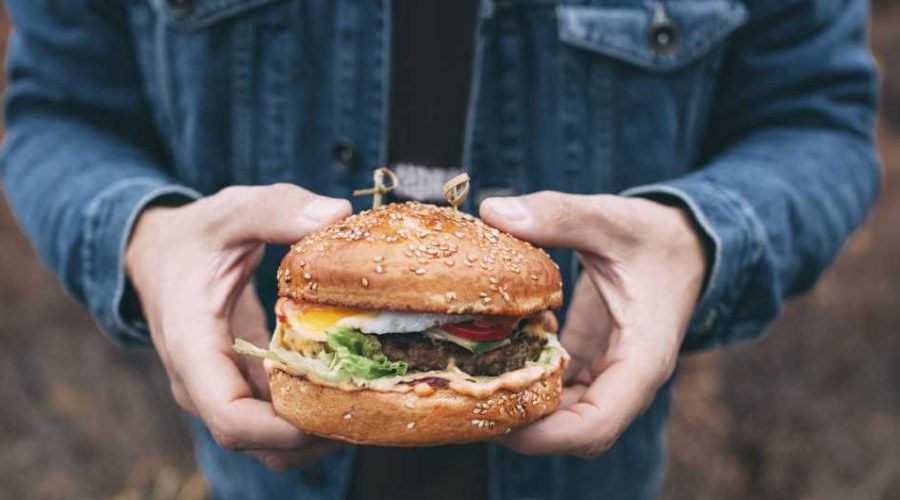 The Impossible Burger has been around since 2016, but this meatless burger has resurfaced recently after a second push by marketers early this year to drive the fake beef protein patties into fast-food and fast-casual restaurants across the U.S.

With all this false-meat fervor, you probably have a few questions.

What’s Actually in an Impossible Burger?

Considering that the steak you buy from your butcher should have one ingredient (“beef”), that ingredients list might seem a little daunting. And that probably brings you to your next question…

Is the Impossible Burger Healthy?

Basically, it’s a soy burger. It’s made of soy protein. There’s some fat from the coconut and sunflower oil. And then a bunch of binders so it all sticks together. And then they throw in all these vitamins. But it’s soy. Not Impossible. Just soy.

Now, Impossible Foods will tell you that there’s nothing to fear when it comes to soy, and that’s actually true.

All the way back in the 2000’s a few small studies and rodent studies appeared to show that compounds within soy called phytoestrogens might disrupt hormones, which could lead to low sperm count and man boobs.

Several news outlets (including this one), may have overblown those findings. “Such a link has never been substantiated in human studies,” says Qi Sun, M.D. assistant professor in the Department of Nutrition at Harvard, told Men’s Health in October 2018. “I don’t think this is a concern at all.”

In fact, men who consumed diets that included soy had a 29 percent reduced risk of developing prostate cancer, according to a 2018 meta-analysis published in the journal Nutrients.

And so then there’s the basic breakdown of important nutrients.

Compare that to one 4-ounce grass-fed burger patty, which, according to the USDA, contains 224 calories, 22 grams of protein, 0 grams of carbohydrates (and so 0 grams of fiber), and 14 grams of fat (0.8 grams of which are trans fat, but the natural kind, and yes there are natural forms of trans fat).

You can start a whole environmental debate here, but Men’s Health isn’t about to rip open that rabbit hole (and that’s probably not why you’re here anyway).

Perhaps the better way to think of this whole protein vs. fauxtein debate is to not pick a side, but adopt the stance of diplomat. Men’s Health has long preached the benefits of an inclusionary diet—one that makes room for all types of protein: chicken, beef, salmon, lamb, mollusks, crustaceans, and yes even tofu.

I even picked out a little of the patty and tasted it and though, “Hey, now this is pretty good.” (Note: I didn’t say “Hey, now this is the best dang burger I’ve ever had and I’m never ever going back to beef.”)

Slap a “plant-based protein” sticker on this thing and pop it onto every fast food menu in these here 50 states, but a soy burger is still a soy burger.

If that gets you excited, or at least curious, good on you. Give the Impossible burger a try. If you like it, think about working it into your diet. If you don’t, try something else.

The challenge to expand the healthful foods you eat doesn’t have to be impossible.

Related posts:
30/04/2019 Health News Comments Off on What’s Actually in the Impossible Burger and Is It Any Good for You?
Categories
Recent Posts