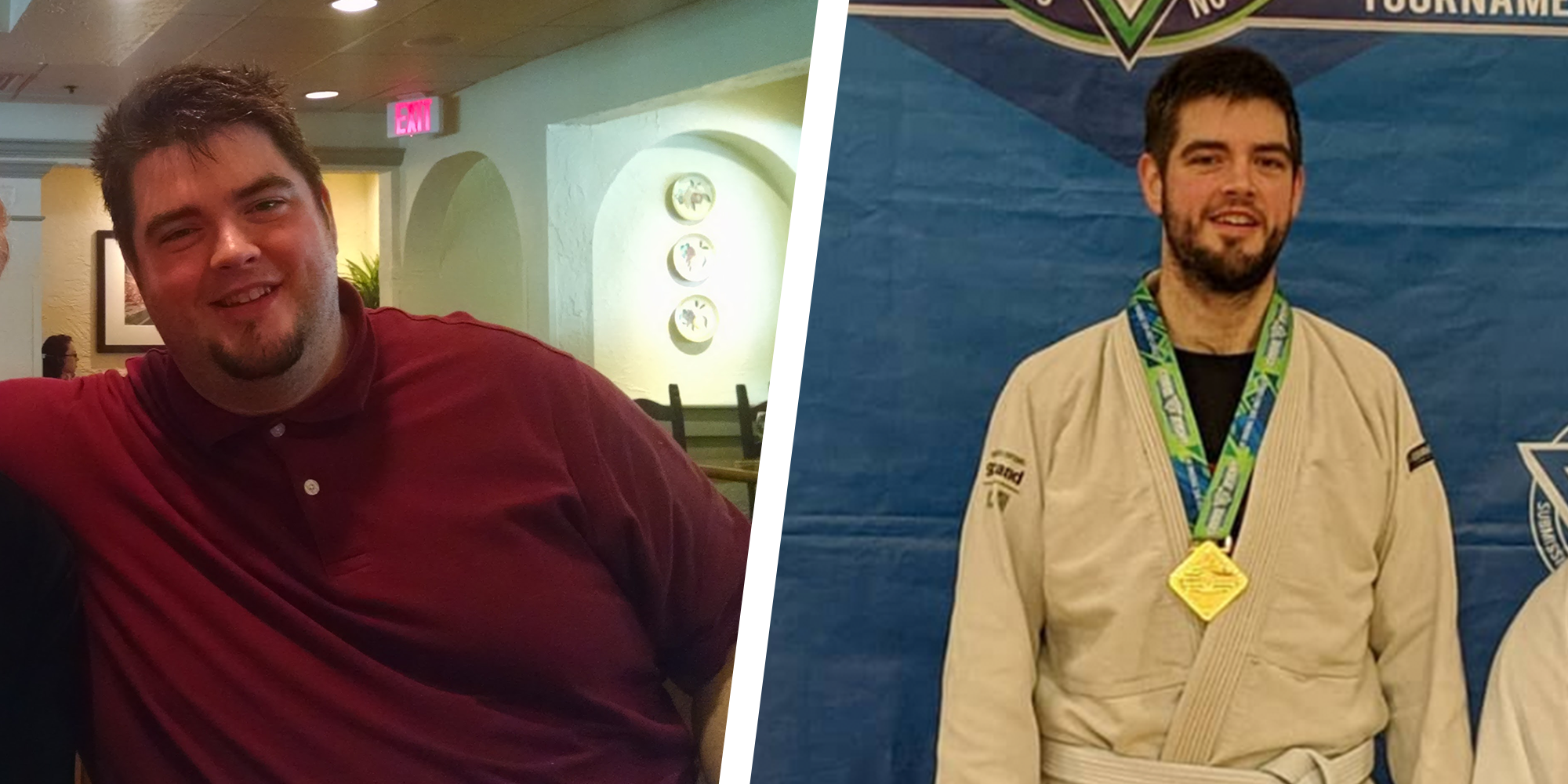 Michael Bridges didn’t hit his athletic stride until much later in life. In fact, Bridges was a self-confessed computer geek in his younger days who sustained himself on a diet of sugar, carbs, and everything not-so-great on the food pyramid.

In 2017, at 33 years old, Bridges took a good hard look in the mirror and decided it all had to change. Over the years, his weight had risen past 350 pounds. Thanks to a friend giving him a literal ass-kicking, Bridges went on to achieve a 150-pound weight loss transformation—and he’s still going.

“I was never really an athletic person. I started computer clubs in school. I was into computers when computers weren’t cool,” Bridges tells Men’s Health. “It managed to get me a good career, but it was not doing much for me otherwise.”

Bridges had tried and failed a number of times to lose the weight in the past. But it wasn’t until he hit rock bottom while separating from his then-wife that he decided something serious needed to change. So, he took one step: cutting out processed food. He kept tweaking his diet from there, adding in healthier foods like vegetables and lean meats.

He some weight, but knew it was time to take the next step: finding a workout he liked.

“I wanted to figure out something for a workout. But, I hate the treadmill. I hate it. I even hated lifting weights because it’s boring,” he said. Everything changed for Bridges when a friend asked him if he wanted to join his Brazilian Jiu-Jitsu class. At that point, Bridges thought, why not? Especially because the gym, Paper Street Brazilian Jiu-Jitsu, was running a “6 weeks for $60” special.

By the time those six weeks were up, Bridges had fallen in love with the sport. He continues to train four to six days a week at his Jiu-Jitsu gym.

“I was hooked after the first week to be honest, because basically, it’s like a video game with your body,” Bridges said. “There’s always something going on the entire time and you’re always thinking about what you’re doing and what your opponent is doing. You know, I got into Jiu-Jitsu to get fit, and now I want to get fit to get my game better.’”

Bridges maintains his weight loss by continuing to watch what he eats. He keeps his calorie intake to under 2,000 a day, and limits his carbs to about 100 grams. He also lives by a slightly modified intermittent fasting schedule, fasting when he feels he’s been a bit less active, and modifying when he needs to consume more calories for training. And now, when he gets a case of the munchies, he reaches for healthy snacks like almonds over sugar-ladened treats.

Thanks to all this work, Bridges is now down to 202 pounds and is focused on building more muscle and increasing his strength so he can continue to light up the competition in his Jiu-Jitsu matches. He even recently qualified for his blue belt, an accomplishment he says made him a “better me.”

Of course, that’s not the only positive benefit Bridges has experienced after losing weight. “My emotional state is a lot better. I’m a lot more confident talking to people,” he said. “I used to be a very shy guy, and now I’m just happy to be wherever I’m at.”

He added, “My Tinder profile is a lot more popular. I’m lucky, I’ve got a good girlfriend now, but yeah, it was a lot more swipes in my direction.”

His whole outlook on life is a lot more positive these days.