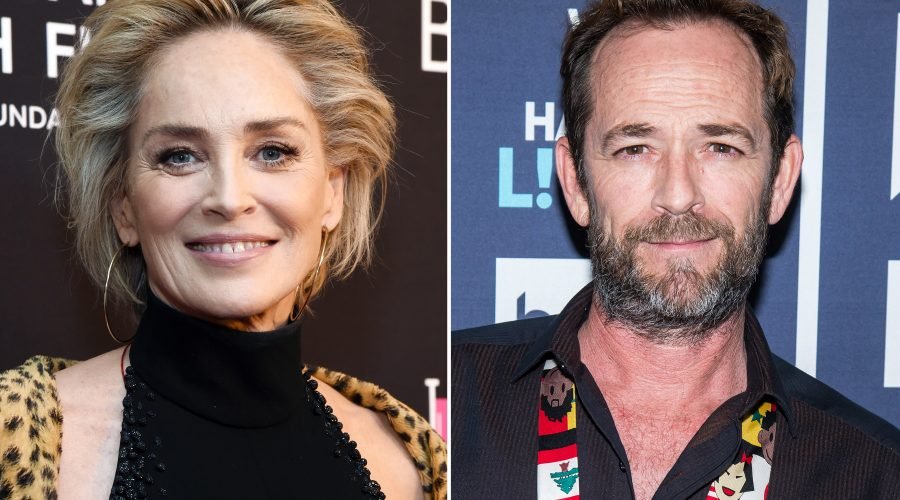 Stroke survivor Sharon Stone is sending her support to Luke Perry after he reportedly suffered a stroke on Wednesday.

The 60-year-old Stone, who had a stroke in Sept. 2001, said that there is hope for Perry to regain his full life again.

“I wish him all the best, because you can come all the way back even from the edge, from the worst things, I’m here to tell you,” she told Extra at the Women’s Cancer Research Fund’s “An Unforgettable Evening” event on Thursday night.

Perry is currently hospitalized, his rep confirmed to PEOPLE. Paramedics were dispatched to the Riverdale star’s home in Sherman Oaks around 9:40 a.m. on Wednesday, according to TMZ, and moved to a nearby hospital. His current condition is unclear.

Stone’s stroke came on suddenly after experiencing severe head pain, and it caused a cerebral hemorrhage that lasted for nine days. At first, the actress struggled to walk and couldn’t read, but she has since made a full recovery.

She added to the outlet that she understood what Selma Blair, who was recently diagnosed with multiple sclerosis, was going through. Stone said that she, like Blair, struggled to get doctors to believe her pain in the years after her stroke.

“It was very, very bad after I had my stroke and brain hemorrhage and I was treated just miserably, but you have to understand that all the doctors working today were educated on the male anatomy, they weren’t educated on a female anatomy, so it’s easier to say that women were crazy than say, ‘I don’t know,’ or, ‘I don’t take you seriously — go home,’ ” she said.

Stone said that she wants to improve women’s health care, and that goal is what brought her to the Women’s Cancer Research Fund event.

“It’s been my effort to direct philanthropic energy and power towards issues of the body and sexuality because I think those are things where people have been decidedly closed-mouthed and ashamed, and I don’t think that shame was meant to make us silent,” she said. “I think shame was meant to make us reflective, thoughtful, and to do better, and I think now that we have the opportunity as women to say something out loud and be heard, not criticized, not told we’re crazy, not told we’re stressed, but understood, heard, appreciated, acknowledged, and action being taken, now is a time better than ever before to look at all of these issues.”

Along with Stone, the “An Unforgettable Evening” event was filled with celebrities like Miley Cyrus, Liam Hemsworth, Kate Hudson, Sean Penn and Demi Moore. Gabrielle Union also attended, telling PEOPLE that through her infertility struggles she learned that she had to be her own advocate.

“When you’re not getting answers and everyone throws up their shoulders and are like ‘I don’t know, it’s probably because you’re old.’ There’s gotta be more than that,” she said. “I did have to be my own best advocate and I had to prioritize my health. I also had to prioritize my mind and my mental health and unfortunately in Hollywood we don’t always give people the opportunity, the time, the space to be their own best advocates and to take care of themselves, mind, body and soul.”

Related posts:
01/03/2019 Health News Comments Off on Stroke Survivor Sharon Stone Gives Her Support to Luke Perry: ‘You Can Come All the Way Back’
Categories
Recent Posts