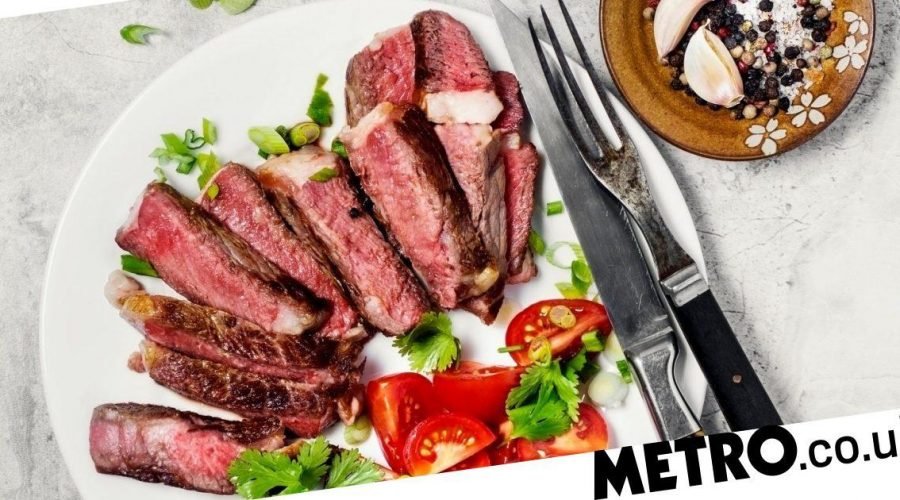 A study has found that a ‘suboptimal diet’ may be the cause of 5.2% of all new invasive cancer cases in the U.S. every year.

Consuming too much red meat, processed meat and sugar-sweetened drinks were also found to be possible causes of cancer.

The study, published in the journal JNCI Cancer Spectrum, found that diet may have accounted for 80,000 new invasive cancer cases in U.S. adults in 2015.

Most of already knew that poor diet choices could leave us at a higher risk for certain cancers – sugars, processed food and red meat are often cited as risky products – but the risks of not eating dairy or whole-grains are less well known.

The scientists also identified which cancers were most likely to occur if you have a poor diet.

They found that 38.3% of all colorectal cancer cases in 2015 were associated with suboptimal diets and 25.9% of mouth, pharynx, and larynx cancers were also linked with diet.

The study also estimated that about 16% of diet-related cancer cases are connected to obesity, rather than the diet alone.

Researchers also found that certain populations – middle-aged men and some racial and ethnic minorities – are much more likely to be affected by diet-associated cancer.

‘These findings underscore the need for reducing cancer burden and disparities in the US by improving the intake of key food groups and nutrients of Americans.’

The findings suggest that the best way to lower your risk of cancer is to eat a balanced, well-rounded diet – and not exclude any entire food groups. Which makes sense.

Researchers hope that the findings will encourage people to think carefully about their diet and to recognise poor diet as a significant cancer risk factor, much like alcohol or smoking.