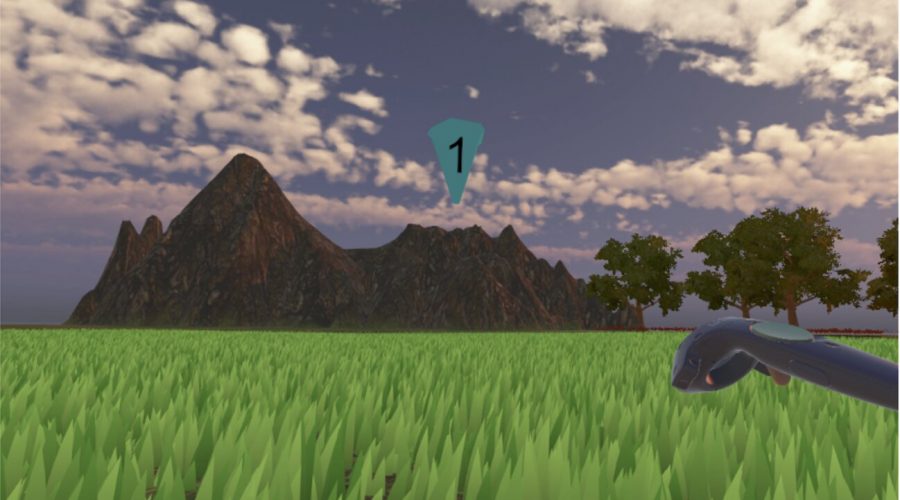 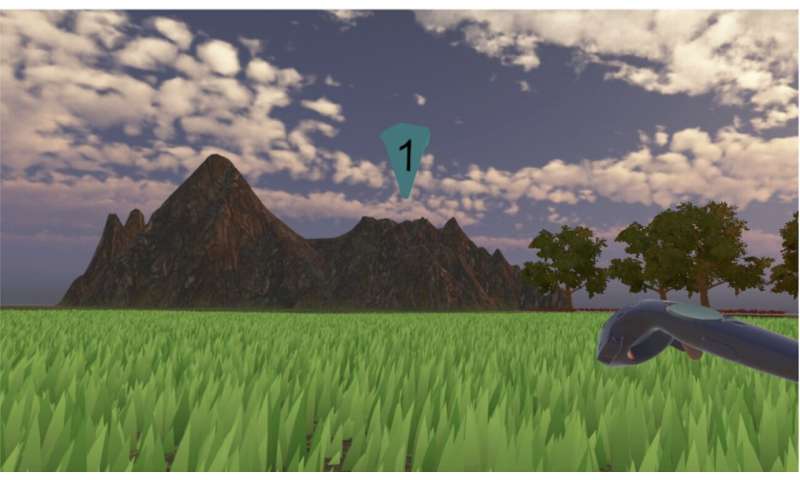 The study highlights the potential of new technologies to help diagnose and monitor conditions such as Alzheimer’s disease, which affects more than 525,000 people in the UK.

In 2014, Professor John O’Keefe of UCL was jointly awarded the Nobel Prize in Physiology or Medicine for ‘discoveries of cells that constitute a positioning system in the brain’. Essentially, this means that the brain contains a mental ‘satnav’ of where we are, where we have been, and how to find our way around.

A key component of this internal satnav is a region of the brain known as the entorhinal cortex. This is one of the first regions to be damaged in Alzheimer’s disease, which may explain why ‘getting lost’ is one of the first symptoms of the disease. However, the pen-and-paper cognitive tests used in clinic to diagnose the condition are unable to test for navigation difficulties.

In collaboration with Professor Neil Burgess at UCL, a team of scientists at the Department of Clinical Neurosciences at the University of Cambridge led by Dr. Dennis Chan, previously Professor O’Keefe’s Ph.D. student, developed and trialled a VR navigation test in patients at risk of developing dementia. The results of their study are published today in the journal Brain.

In the test, a patient dons a VR headset and undertakes a test of navigation while walking within a simulated environment. Successful completion of the task requires intact functioning of the entorhinal cortex, so Dr. Chan’s team hypothesised that patients with early Alzheimer’s disease would be disproportionately affected on the test.

The team recruited 45 patients with mild cognitive impairment (MCI) from the Cambridge University Hospitals NHS Trust Mild Cognitive Impairment and Memory Clinics. Patients with MCI typically exhibit memory impairment, but while MCI can indicate early Alzheimer’s, it can also be caused by other conditions such as anxiety and even normal aging. As such, establishing the cause of MCI is crucial for determining whether affected individuals are at risk of developing dementia in the future.

The researchers took samples of cerebrospinal fluid (CSF) to look for biomarkers of underlying Alzheimer’s disease in their MCI patients, with 12 testing positive. The researchers also recruited 41 age-matched healthy controls for comparison. 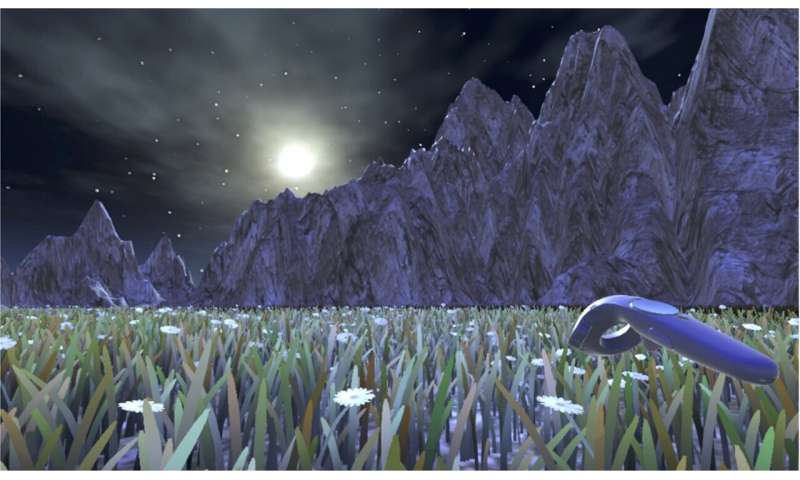 All of the patients with MCI performed worse on the navigation task than the healthy controls. However, the study yielded two crucial additional observations. First, MCI patients with positive CSF markers—indicating the presence of Alzheimer’s disease, thus placing them at risk of developing dementia—performed worse than those with negative CSF markers at low risk of future dementia.

Secondly, the VR navigation task was better at differentiating between these low and high risk MCI patients than a battery of currently-used tests considered to be gold standard for the diagnosis of early Alzheimer’s.

“These results suggest a VR test of navigation may be better at identifying early Alzheimer’s disease than tests we use at present in clinic and in research studies,” says Dr. Chan.

VR could also help clinical trials of future drugs aimed at slowing down, or even halting, progression of Alzheimer’s disease. Currently, the first stage of drug trials involves testing in animals, typically mouse models of the disease. To determine whether treatments are effective, scientists study their effect on navigation using tests such as a water maze, where mice have to learn the location of hidden platforms beneath the surface of opaque pools of water. If new drugs are found to improve memory on this task, they proceed to trials in human subjects, but using word and picture memory tests. This lack of comparability of memory tests between animal models and human participants represents a major problem for current clinical trials.

“The brain cells underpinning navigation are similar in rodents and humans, so testing navigation may allow us to overcome this roadblock in Alzheimer’s drug trials and help translate basic science discoveries into clinical use,” says Dr. Chan. “We’ve wanted to do this for years, but it’s only now that VR technology has evolved to the point that we can readily undertake this research in patients.”

In fact, Dr. Chan believes technology could play a crucial role in diagnosing and monitoring Alzheimer’s disease. He is working with Professor Cecilia Mascolo at Cambridge’s Centre for Mobile, Wearable Systems and Augmented Intelligence to develop apps for detecting the disease and monitoring its progression. These apps would run on smartphones and smartwatches. As well as looking for changes in how we navigate, the apps will track changes in other everyday activities such as sleep and communication.

“We know that Alzheimer’s affects the brain long before symptoms become apparent,” says Dr. Chan. “We’re getting to the point where everyday tech can be used to spot the warning signs of the disease well before we become aware of them.