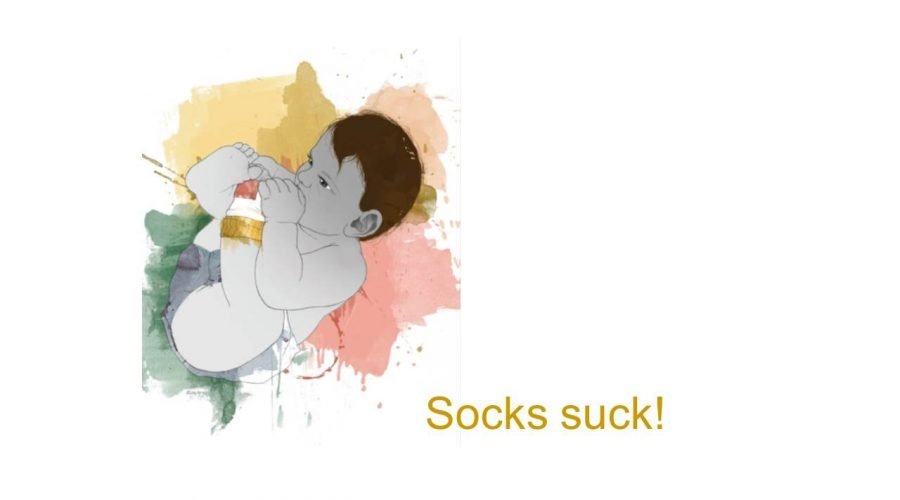 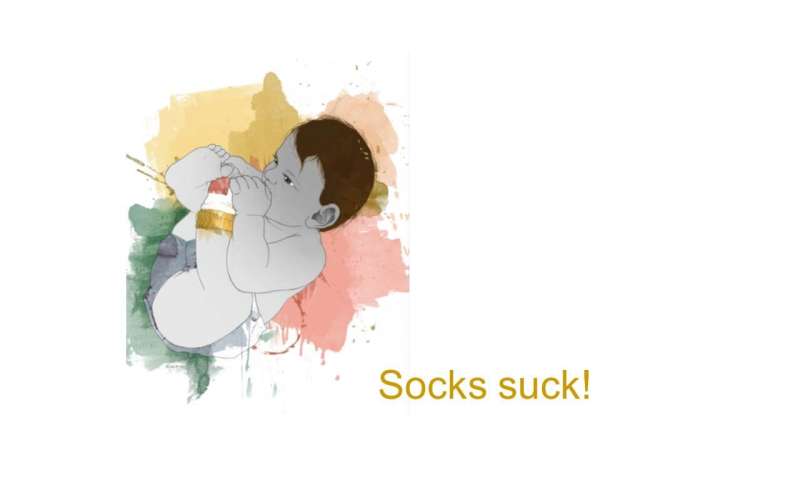 A team of scientists from the University of Granada and institutional collaborators has found that nine out of 10 pairs of socks for babies and children from zero to four years old contain traces of bisphenol A and parabens. The hormonal activities of these two endocrine disruptors have been linked to dysfunctions that can trigger illnesses in both children and adults.

This scientific study—the first of its kind to be conducted in Europe—reveals that fabrics can be a source of exposure to endocrine-disrupting chemical pollutants. This is of particular concern in the case of exposure among very young children.

The researchers also discovered major differences in the amount of the toxic product detected, depending on the type of outlet selling the socks. Samples of 32 pairs of children’s socks (from new-borns to aged 48 months) were analysed, having been purchased in three different types of retail outlet, classified according to the price range of their products. The three types were: local bargain retailer (three pairs for €1.50-€1.80); low-cost, fast-fashion international retailer (three pairs for €3.00-€4.50); and a higher-quality international retail clothing brand (three pairs for €6.95-€7.95).

By using sophisticated analytical chemistry techniques and performing complex biological tests to quantify hormonal activity, the Granada-based researchers studied the presence of the plastic component bisphenol A, the preservatives known as parabens, and the hormonal activity (estrogenicity and androgenicity) of the sock extracts.

The concentrations of the two chemicals found in the socks sold at the local bargain store in the sample reached a maximum of 3,736 ng of bisphenol A per gram of fabric. This average amount of bisphenol A was more than 25 times higher than that found in the socks sold by the low-cost international retailer and the higher-quality international brand. Parabens were found in all the products studied—in particular ethylparaben, followed by methylparaben—but in average concentrations lower than those of bisphenol A and with less pronounced differences between store type.

As was to be expected, given their high bisphenol A content and the presence of parabens, two out of every ten pairs of socks bought at the bargain retailer presented oestrogenic  hormonal activity; and one out of every three pairs bought at the same outlet presented anti-androgenic activity in the biological tests conducted. That is to say, the extracts taken from these items of clothing behaved like the female hormone and they antagonised male hormones. Due to this hormonal activity, bisphenols and parabens are endocrine disruptors associated with certain dysfunctions that can lead to illnesses in both children and adults. The spectrum of illnesses associated with exposure to endocrine disruptors is far-reaching, ranging from attention deficits and hyperactivity, to genitourinary disorders, premature secondary sexual development, and obesity in children. Among adults, they are linked to hypothyroidism, infertility, diabetes, and hormone-dependent cancers, such as breast cancer.

Using complex algorithms, the researchers also estimated the risk to babies and children of exposure, via the skin, to each of the chemical compounds. The interpretation is not straightforward, as little is known about how, and to what extent, they can be absorbed by the skin, or how much may be released during washing (and, in turn, the possible contamination of the water and thus the other baby items being washed). However, the researchers’ main issue of concern is the possible exposure to these chemical compounds contained in clothing via the digestive tract, given how common it is for babies suck their own feet and socks. To address this, the research group has added a further slogan to its public awareness-raising campaign against exposure to endocrine disrupters, in particular alerting parents of small children: “Socks suck!”

Related posts:
14/06/2019 Health News Comments Off on Nine out of ten pairs of baby socks on the market contain traces of bisphenol A and parabens, study finds
Categories
Recent Posts