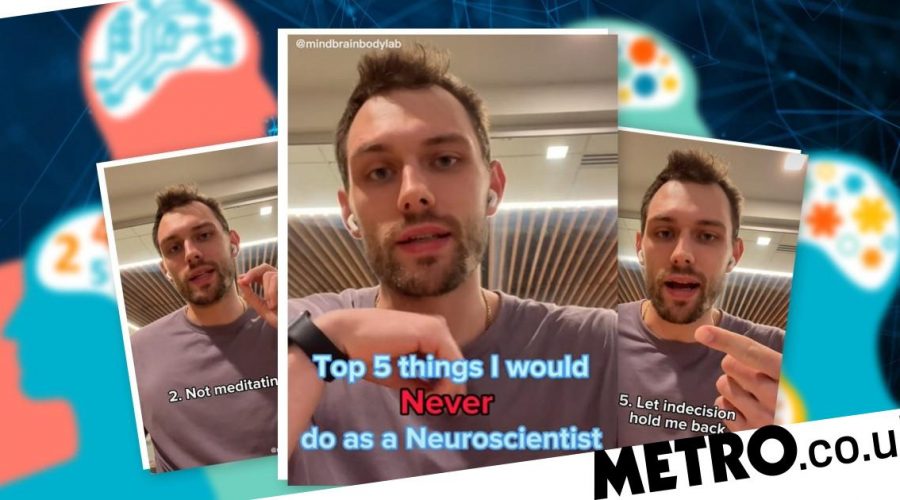 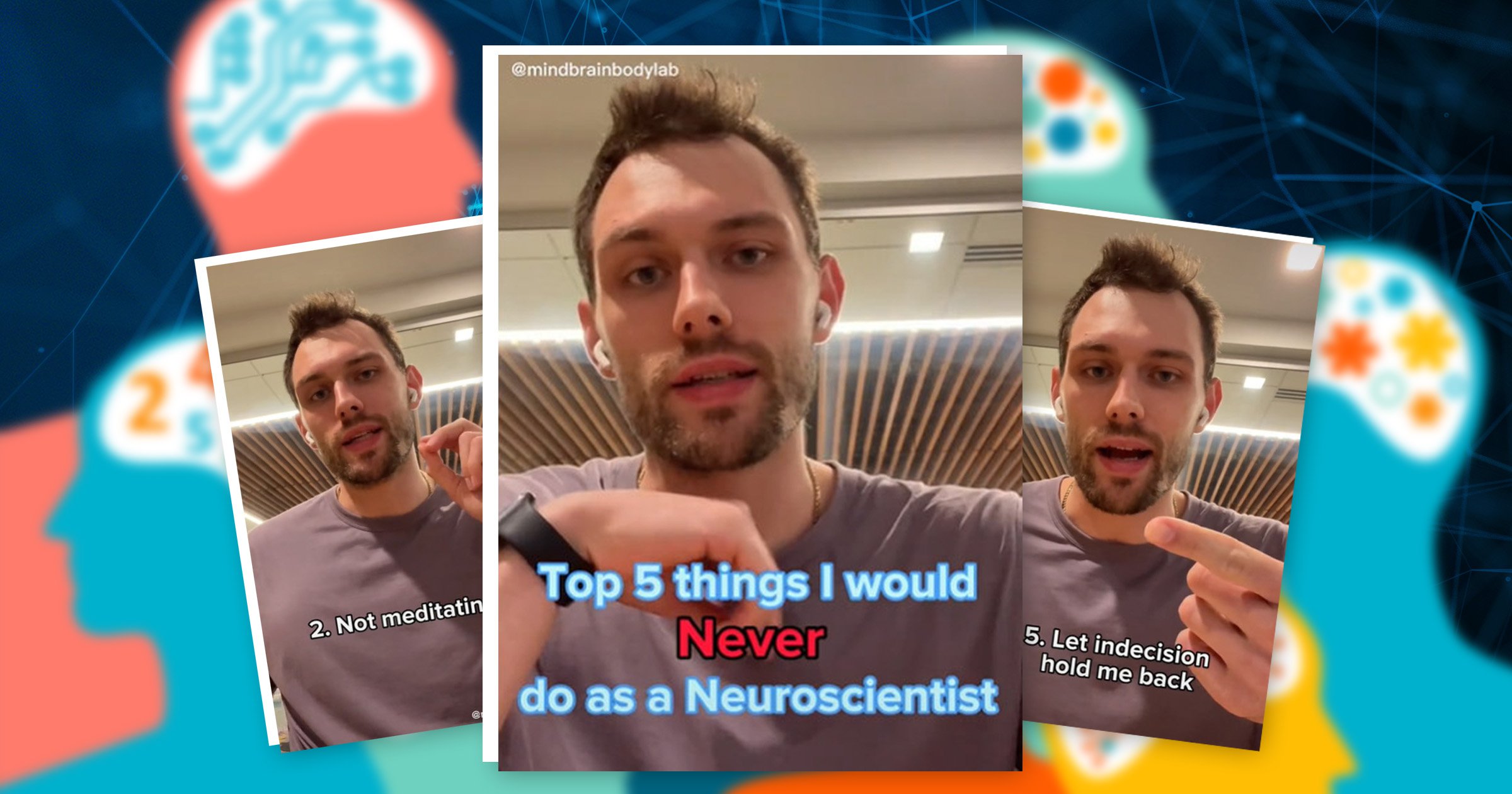 A neuroscientist has revealed the five things everyone should do to protect their brain.

Cody Isabel, 26, from Kansas City, Missouri, regularly posts videos to his TikTok channel where he shares neuroscience tips with over 122,000 followers.

In one video, which has over 1.3million views, Cody shared the five things he would never do as a neuroscientist.

He told his followers to ‘prioritise’ five areas of their life ‘instead of ignoring them’ and promised they would see changes in their mental health, physical health and overall lifestyle in just 30 days.

Don’t mess up your sleep

First up on his list of things he’d never do is to ‘mess up’ his sleep schedule.

He then notes that sleep decreases inflammation in the brain that’s caused from ‘daily living trauma.’

Research suggests that continuous sleep deficits can take a considerable toll on the brain.

Prioritize these areas of your life instead of ignoring them for 30 days and you’ll change your mental health, physical health and life I promise. Follow to catch all the things I would do to heal your brain as a neuroscientist. #neuroscience #neurosciencetok #fyp #healthy

Cody encouraged his followers to meditate as he never skips a meditation session.

‘[Meditation] is an easy way to calm your mind, decrease anxiety, decrease depression and lower inflammation in your brain,’ he says.

He added that he meditates 10 minutes a day and that it improves your overall quality of life.

The third thing the neuroscientist said was that he would never binge drink alcohol.

‘Alcohol inflames your brain directly and depresses you,’ he notes.

Both short term and long term heavy drinking can have negative affects on your brain.

Heavy, long-term alcohol can result in learning and memory issues and even lead to the the development of mental health conditions.

‘I would never get so busy that I can’t work out or not get a workout in,’ the neuroscientist told followers.

He also added that working out or remaining active releases BDNF, which decreases brain fog, and increases your ability to learn.

Cody admitted the last thing he would never do was ‘let indecision hold [him] back’.

‘Our brains are made to decide things, act [on] things and we learn through failure,’ he said at the end of his video.

He also added that he learns through ‘act, access, adjust.’

Cody promised his followers that if they prioritized these five things they could ‘heal’ their brain.

Since posting, the video has gained millions of views and thousands of users praised the information in the comments.

‘Act. Assess. Adjust. This is so helpful. I’m a paralysis of analysis person. Fail forward. I love it,’ added another.

While a third said: ‘Lets go over this list again when you have kids.’