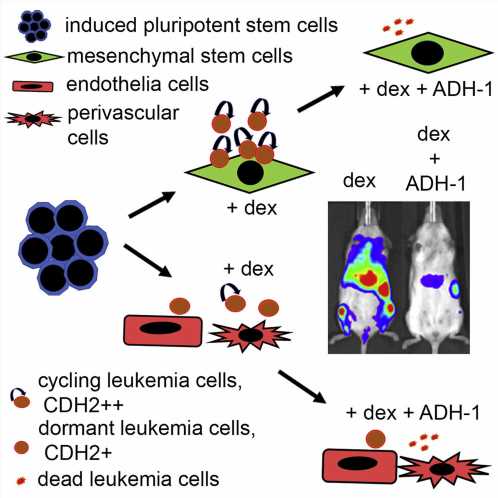 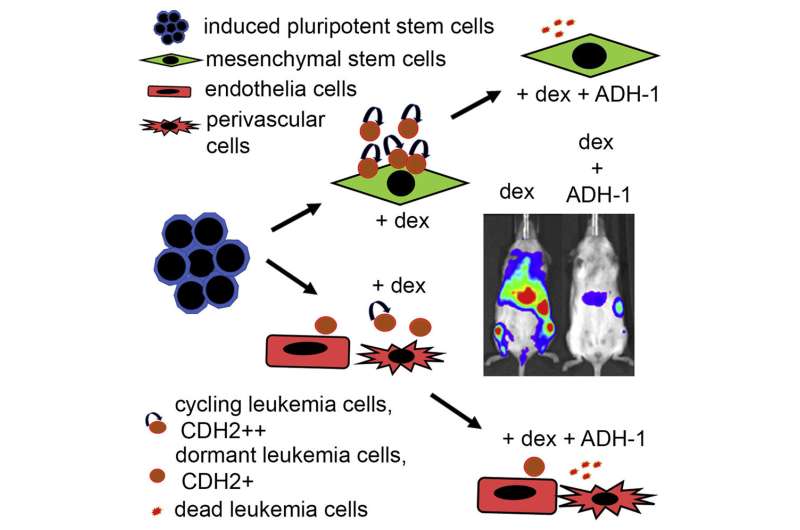 Newly published research carried out using synthetic human bone marrow cells is paving the way for the development of safer and kinder treatments for children with leukemia.

Leukemia is the most common cancer in children under 15, with over 650 children and young adults in the U.K. affected each year.

Research progress over the last few decades has dramatically improved survival rates, which are now over 80%.

However, treatment resistance and treatment toxicity remain major clinical challenges that urgently need resolving to further reduce lives lost from leukemia and to prevent life-altering side effects of drugs used in cancer treatment.

A new study conducted by experts at Newcastle University, Northumbria University, the Princess Máxima Center for Pediatric Oncology and the University of Glasgow has revealed an innovative way of mediating these challenges. Currently in its early stages, such research could in years to come lead to anti-cancer treatments that mitigate side effects but show improved efficacy.

By using a low toxicity drug which has not previously been used to treat leukemia and combining it with dexamethasone—a drug which is routinely given to cancer patients—scientists found that the treatment was more effective in killing leukemia cells and the combination did not cause any added toxicity.

To test this method of treatment, the team, led by Dr. Deepali Pal, who started the study at Newcastle University and is now at Northumbria University, developed an artificial bone marrow using human stem cells to study the interaction of leukemia cells with its surrounding, known as the “cancer niche.” Crucially, investigating cancer biology and consequently treatments using this novel human relevant and sustainable approach is helping to replace the use of animals in cancer research.

Findings from the study have been published today in open-access journal Cell Reports Medicine.

Dr. Deepali Pal, previously an NC3Rs Fellow at Newcastle University and now Assistant Professor in the Department of Applied Sciences at Northumbria University, said, “We developed a New Approach Methodology (NAM) or non-animal approach to replace and reduce the use of animals in cancer research. We show that this NAM made of synthetic human bone marrow cells enables us to study patient-derived leukemia cells in a clinically relevant manner.

“We have also studied how the leukemia cells interact with its surrounding bone marrow cells and consequently detect a potential new low toxicity treatment for leukemia. Our aim is to continue developing such human relevant sustainable techniques that limit the use of animals in medical research to find safer and kinder anti-cancer treatments.”