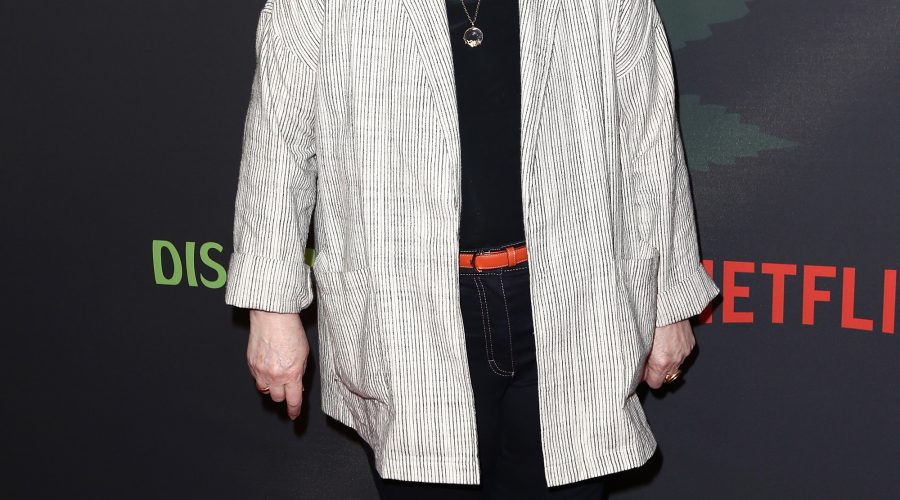 Kathy Bates is feeling healthier than she has in years after losing 60 lbs.

During an interview with Extra, the 70-year-old American Horror Story actress opened up about when she knew it was time to make a lifestyle change.

“I was facing diabetes — it runs in my family — and I really didn’t want to live with that,” she said, adding that now she’s “in the best health I’ve been in in years and I’m so grateful — it’s a miracle.”

Bates also shared that she learned a valuable lesson from her niece that helps her to not overeat.

“After you eat for 20-30 minutes, you experience an involuntary sigh. It’s communication between stomach and brain telling you you had enough…and what I discovered is if you listen to that sigh and push that plate away for just five minutes, you realize you’re satisfied and you don’t have to eat more.”

The Academy Award-winning actress has previously spoken about the positive effect of weight loss on her post-cancer lymphedema, the swelling of arms or legs because of a blockage in the lymphatic system, which is a common “souvenir” after lymph node surgery.

“I was terrified of getting it,” Bates, who has beat cancer twice, told PEOPLE earlier this year.

Speaking about why she thinks lymphedema doesn’t get much attention, Bates explained that some doctors see the swollen limbs and assume that people are just overweight rather than dealing with a painful medical condition.

“Some doctors think it’s cosmetic and not life-threatening,” she said. “Doctors spend 15 to 30 minutes on the entire lymphatic system in medical school, so if someone goes to their general practitioner with swollen limbs, pain and heaviness the doctor will have no idea what it is. So it goes undiagnosed and the disease progresses for years and gets worse and worse.”

Although Bates struggled with lymphedema, she found a doctor who better understood her condition through LE&RN, the Lymphatic Education & Research Network. Now, Bates said, she is “feeling great.”

“I’ve lost a lot of weight and it’s really helped with my symptoms. I just still have to wear compression sleeves or guard against nicks and bug bites because that can lead to sepsis,” she added.

In 2003, Bates, then 55, was diagnosed with stage 1 ovarian cancer and immediately had surgery, followed by nine months of chemotherapy to treat it, but didn’t reveal her illness to the public.

“I didn’t tell anybody,” she previously told PEOPLE. “I continued to work right after the operation, doing Little Black Book with Brittany Murphy. My agent at the time was very old-school and didn’t want me to be the poster child for ovarian cancer. I didn’t want anyone to know, but it really took a lot out of me.”

In 2012 the Memphis native was once again hit with extreme exhaustion and returned to her doctor for an MRI. She was diagnosed with breast cancer and decided to have a double mastectomy because of her family history with cancer.

“My aunt had died from it, my mother had it, my niece had it,” Bates said. The actress, who tested negative for the BRCA1 and BRCA2 gene mutation that increases a woman’s risk of breast and ovarian cancer, went on to add that a negative BRCA result is “not a get out of jail free card.”

Her advice to women: Get regular checkups and stay healthy. “Quit taking the damn selfies and worrying about what you look like,” she said. “Instead, keep everything working and in good order.”

Related posts:
05/03/2019 Health News Comments Off on Kathy Bates Was ‘Facing Diabetes’ Before 60-Lb. Weight Loss: I 'Didn’t Want to Live with That’
Categories
Recent Posts