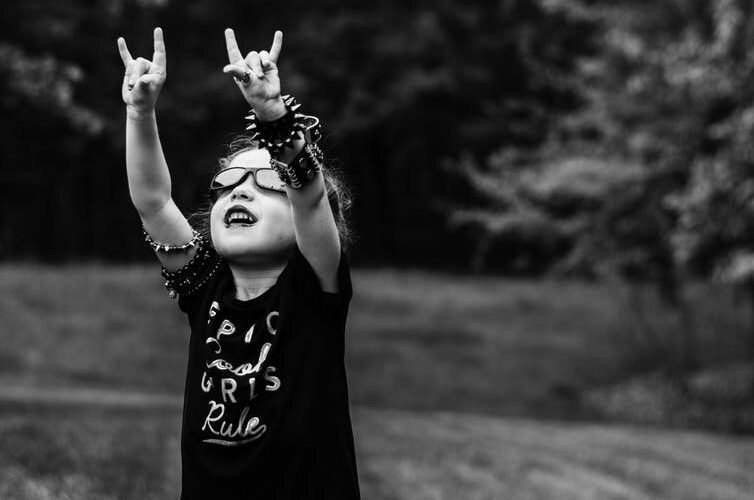 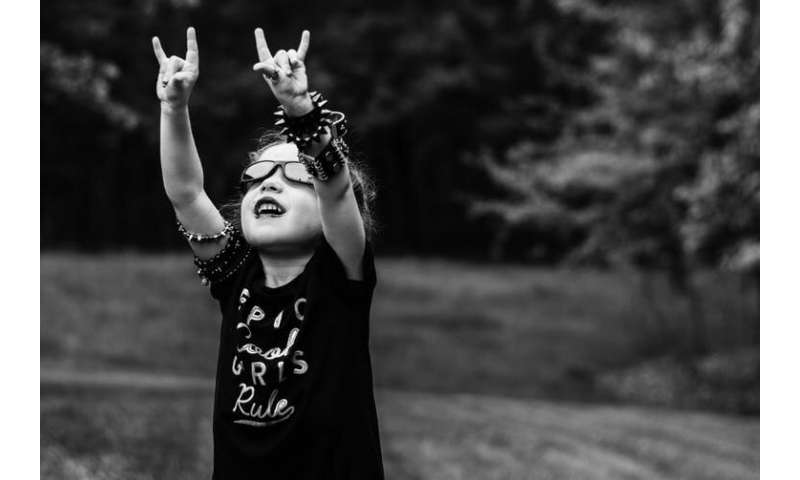 Due to its extreme sound and aggressive lyrics, heavy metal music is often associated with controversy. Among the genre’s most contentious moments, there have been instances of blasphemous merchandise, accusations of promoting suicide, and blame for mass school shootings. Why, then, if it’s so “bad,” do so many people enjoy it? And does this music genre really have a negative effect on them?

There are many reasons why people align themselves with genres of music. It may be to feel a sense of belonging, because they enjoy the sound, identify with the lyrical themes, or want to look and act a certain way. For me, as a quiet, introverted teenager, my love of heavy metal was probably a way to feel a little bit different to most people in my school who liked popular music, and gain some internal confidence. Plus, I loved the sound of it.

I first began to listen to heavy metal when I was 14 or 15 years old, when my uncle recorded a ZZ Top album for me and I heard singles by AC/DC and Bon Jovi. After that, I voraciously read music magazines Kerrang!, Metal Hammer, Metal Forces, and RAW, and checked out as many back catalogs of artists as I could. I also grew my hair (yes, I had a mullet … twice), wore a denim jacket with patches (thanks mum), and attended numerous concerts by established artists like Metallica and The Wildhearts, as well as local Bristol bands like Frozen Food.

Over the years, there has been much research into the effects of heavy metal. I have used it as one of the conditions in my own studies exploring the impact of sound on performance. More specifically, I have used thrash metal (a fast and aggressive sub-genre of heavy metal) to compare music our participants liked and disliked (with metal being the music the did not enjoy). This research showed that listening to music you dislike, compared to music that you like, can impair spatial rotation (the ability to mentally rotate objects in your mind), and both liked and disliked music are equally damaging to short-term memory performance.

Other researchers have studied more specifically why people listen to heavy metal, and whether it influences subsequent behaviour. For people who are not fans of heavy metal, listening to the music seems to have a negative impact on well-being. In one study, non-fans who listened to classical music, heavy metal, self-selected music, or sat in silence following a stressor, experienced greater anxiety after listening to heavy metal. Listening to the other music or sitting in silence, meanwhile, showed a decrease in anxiety. Interestingly heart rate and respiration decreased over time for all conditions.

Looking further into the differences between heavy metal fans and non-fans, research has shown that fans tend to be more open to new experiences, which manifests itself in preferring music that is intense, complex, and unconventional, alongside a negative attitude towards institutional authority. Some do have lower levels of self-esteem, however, and a need for uniqueness.

One might conclude that this and other negative behaviours are the result of listening to heavy metal, but the same research suggests that it may be that listening to the music is cathartic. Late adolescent/early adult fans also tend to have higher levels of depression and anxiety but it is not known whether the music attracts people with these characteristics or causes them.

Despite the often violent lyrical content in some heavy metal songs, recently published research has shown that fans do not become sensitized to violence, which casts doubt on the previously assumed negative effects of long-term exposure to such music. Indeed, studies have shown long-terms fans were happier in their youth and better adjusted in middle age compared to their non-fan counterparts. Another finding that fans who were made angry and then listened to heavy metal music did not increase their anger but increased their positive emotions suggests that listening to extreme music represents a healthy and functional way of processing anger.

Other investigations have made rather unusual findings on the effects of heavy metal. For example, you might not want to put someone in charge of adding hot sauce to your food after listening to the music, as a study showed that participants added more to a person’s cup of water after listening to heavy metal than when listening to nothing at all.