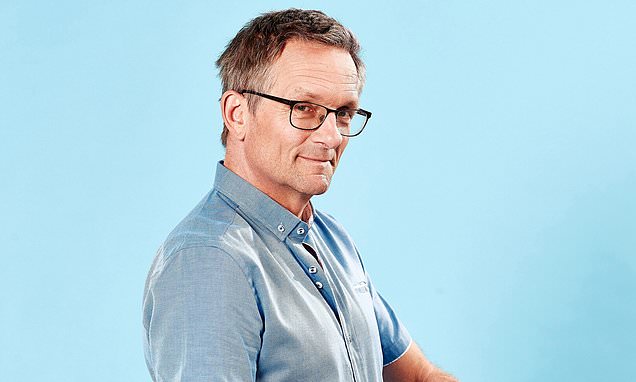 How one simple test might save your life: Could you be on the brink of diabetes… and not know it? 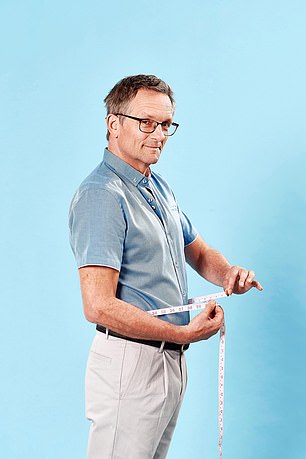 Dr Michael Mosley, pictured, said he lost almost 20lbs by going on the 5:2 diet. In his opinion, the best way to reverse pre-diabetes is with a rapid-weight-loss 800-calorie diet

In my lifetime, I have seen a number of incredible medical breakthroughs, but there is one that excites me more than any other. It is a revolutionary approach to treating and preventing the greatest health problem of our age – and I’m pleased to say I’ve played a small part in it.

Most you will have heard of type 2 diabetes, and you may be aware that rates are rising fast. There was a seven per cent increase last year in the UK to well over four million diabetics, including the half-a-million people who are believed to have the condition but are currently undiagnosed.

Even more concerning is the rocketing number of people with pre-diabetes. Never heard of it? Well, that’s part of the problem.

A major study in the British Medical Journal suggested that rates of pre-diabetes in England alone tripled in a decade, up from 11 per cent to more than 30 per cent of the population. And up to one in ten people with pre-diabetes will develop full-blown type 2 diabetes in any given year. Yet many people don’t even know it exists.

The first warning sign could be a heart attack

Pre-diabetes means blood sugar levels that are abnormally high, and, although they are not yet in the diabetic range, evidence suggests you are probably going to end up there. Worryingly, unless you’ve had a blood test, you won’t know you have it. Type 2 diabetes causes symptoms such as an unquenchable thirst, needing to pee a lot, fatigue and blurred vision. But as blood sugar levels aren’t high enough in pre-diabetes to trigger these problems, there are no symptoms.

Having high blood sugar levels, even if you are not yet diabetic, causes damage. To explain why, first here’s a mini science lesson.

When we eat, food is broken down by the digestive system into molecules that are easily absorbed. Most foods contain a mixture of proteins, fats and carbohydrates in differing amounts. 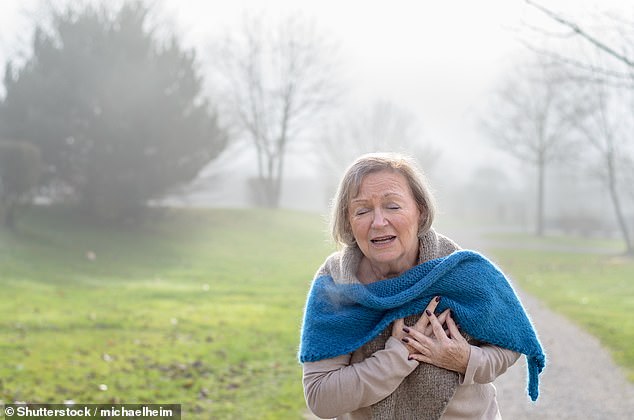 The first sign of pre-diabetes can be when someone suffers a heart attack, picture posed by model

Carbohydrates are broken down into single molecules of sugar. These molecules are then moved into the bloodstream. Sensing incoming sugar, the body releases a hormone called insulin which transports sugar from the blood and into cells, where it is used for energy.

On the whole, this is a good thing. However, problems begin when, for a variety of reasons, insulin stops working as well in some people – those with type 2 diabetes, and also those with pre-diabetes.

This means that over time, sugar stays in the blood – hence the term high blood sugar – and causes all kinds of havoc.

Even in those with pre-diabetes, raised sugar levels cause the blood vessel walls to become stiffer and less flexible which, in time, leads to heart disease and kidney problems. That is why many people don’t discover they are pre-diabetic until they are diagnosed following a heart attack.

The things that put us at risk of pre-diabetes are the same as those for type 2 diabetes itself. Some of this we can’t do much about: simply being over the age of 40, for instance, is a known risk factor.

The reason for this is not entirely clear, but it has been suggested that the way the body processes and stores fat varies across different populations. 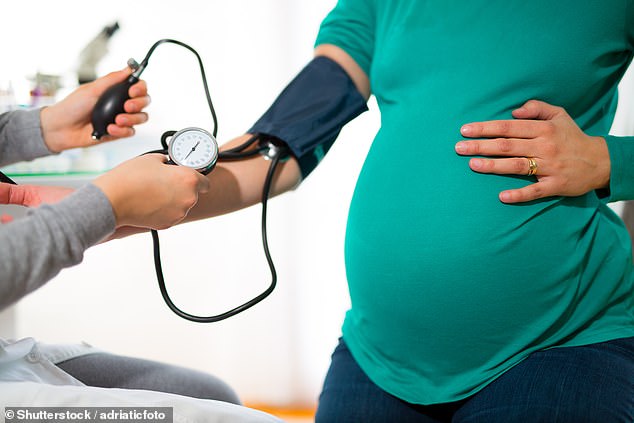 But there are factors we can control. Some people say a pre-diabetes diagnosis is like ‘a fork in the road’. If steps are taken early on to tackle the problem through lifestyle changes, it is possible to prevent type 2 diabetes from developing at all.

Being overweight, particularly if you carry fat around your middle, is one risk factor that can be reduced with lifestyle changes.

I’m a case in point. Seven years ago, thanks to a random blood test, at the age of 56 I discovered that I had type 2 diabetes. I had probably been pre-diabetic for some years.

Rather than start on tablets, I looked for an alternative solution. That’s how I found out about intermittent fasting and invented the 5:2 diet. I managed to get my blood sugars back to normal without drugs.

I was, in many ways, fortunate. There is emerging evidence that diabetes can be reversed with weight loss. It’s extremely good news as it means that thousands of people may, if they do lose weight, stop taking medication – this normally involves daily tablets, but also means self-administered injections of the hormone insulin.

One of the pioneers of this approach is Professor Roy Taylor, of Newcastle University. I first met Prof Taylor in 2014, soon after I had managed to tackle my own problem.

His research has given us the closest answer as to why type 2 diabetes develops: when we put on weight, fat builds up visibly around the tummy, but also inside the abdomen, where it infiltrates the liver and pancreas gland.

These two organs are responsible for controlling our insulin and blood sugar levels. As they get clogged up with fat, they stop communicating with each other. This leads to pre-diabetes and, eventually, to type 2 diabetes.

We all have our own personal fat threshold – a tipping point which is partly down to genetics.

Your tipping point decides how much fat you can accumulate before it starts to ‘overflow’ into the liver and pancreas, leading to loss of blood sugar control – first, causing pre-diabetes and later type 2 diabetes itself.

Stop diabetes in its tracks with a low-calorie diet

The good news is that whatever your personal fat threshold may be, if you drain the fat out of your liver and pancreas, you can reverse the situation.

In my case, going on the 5:2 diet and losing nearly 20 lb has done just that.

But it turns out that one of the best ways to reverse pre-diabetes is with a rapid-weight-loss 800-calorie diet.

We know this thanks to a major study that was published in 2017. The trial involved 2,326 overweight men and women, who all had pre-diabetes.

The volunteers were asked to go on an 800-calorie diet for eight weeks, with the aim of losing eight per cent of their body weight. In fact, most of them did better than expected, losing an average of 22 lb.

Along with this loss of fat, they saw significant falls in their cholesterol and blood pressure, and nearly half of them managed to get their blood sugars back to normal healthy levels. 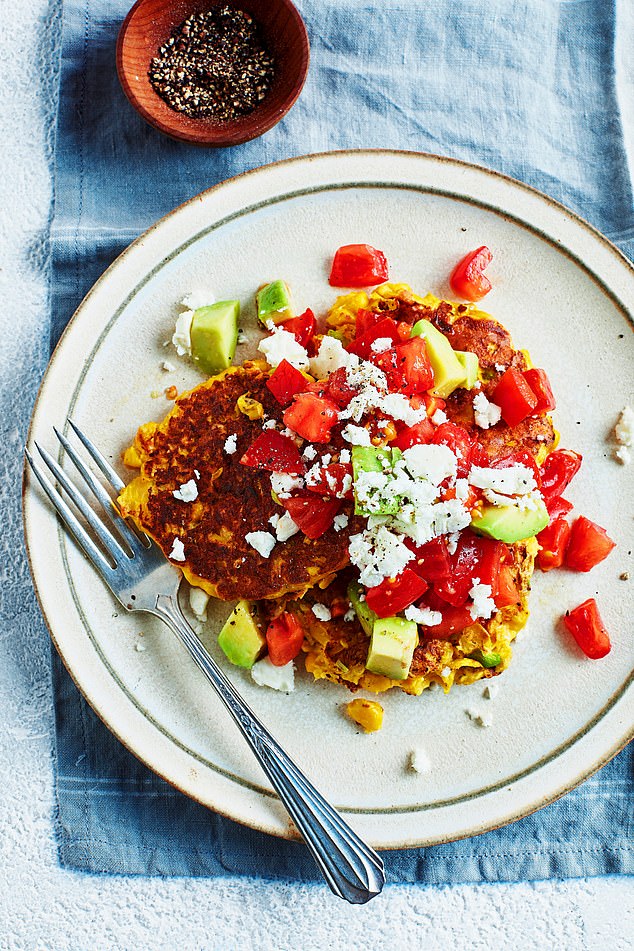 According to Dr Mosley, going on an 800-calorie a day diet can see a 22lb reduction in body weight within eight weeks

The more weight they lost, the more likely they were to get rid of their pre-diabetes.

Professor Jennie Brand-Miller, of the University of Sydney, one of the lead researchers, told me that although living on 800 calories can be tough to start with, most people soon adapt and stop feeling hungry.

It is important, however, to drink plenty of fluids to reduce the risk of headaches and constipation.

It was encouraging, she said, that when the volunteers lost weight, they became more active, which added to the benefits.

So the message is clear. If you are over 40, overweight, and particularly if you have a family history of diabetes, it is worth getting your blood sugars measured.

You can buy a pre-diabetes testing kit from chemists or online, or discuss it with your GP.

If you do already have diabetes, there is evidence that a similar eight- to 12-week low-calorie diet will also help. For more advice on this, do visit my website, theblood sugardiet.com.

But it is, of course, far better to head diabetes off at the pass, and stop it from ever becoming a problem in the first place.

Over the following pages, we will show you how. You’ll find everything you need to know about pre-diabetes, and also the very latest ways to treat type 2 diabetes itself, should it strike.

We spoke with the world’s leading experts on just how diet plays a role.

And should you need to lose weight, we’ve made it easy by including more than 20 delicious and simple low-calorie recipes.

Test to spot diabetes in your DNA

Imagine if, one day, you could predict your risk of pre-diabetes from birth. The knowledge could be life-changing as it would allow people the opportunity to take preventative steps early. It might stop the disease ever developing.

This may sound incredible but scientists are involved in early research which could lead to a DNA test for the condition.

Researchers say it could be as simple as giving a blood sample which would be screened for the genes that make diabetes more likely. An international consortium of researchers, including those from Oxford and Dundee universities, are currently analysing the DNA of hundreds of thousands of people who already have pre-diabetes or type 2.

By following them and seeing how their conditions progress, it is hoped they will be able to identify common factors in their DNA.

Crucially, it could lead to doctors being able to work out not only who is most at risk, but how best to treat them.

Professor Calum Sutherland, of Dundee University, says: ‘In theory, we should be able to spot cases before symptoms emerge, because the genes are there from birth.

‘We’re not there yet. But the diabetes prevention programmes are heavily biased towards BMI readings, and many of those people perhaps won’t get type 2 in the next ten years. It means they’re taking up resources other higher-risk people could use.’

Related posts:
29/06/2019 Health News Comments Off on Could you be on the brink of diabetes… and not know it?
Categories
Recent Posts