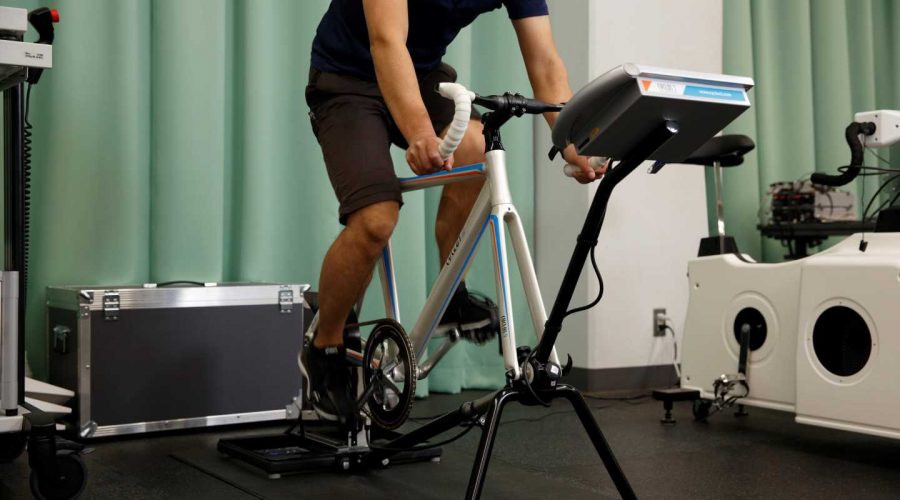 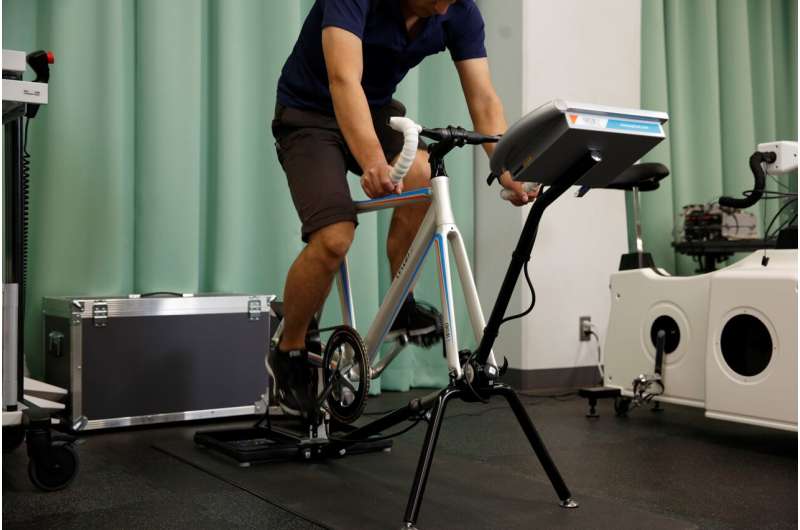 Working out has a science of its own. Scientists categorize different workout activities based on how the muscles are used while performing them: to understand this clearly, consider the popular bicep curl. When you are curling the dumbbell towards you, you are contracting the bicep muscle, and this is a concentric activity. Returning the dumbbell to the original position requires your bicep to ‘uncurl’ or go back to its normal length, making this an eccentric activity. Scientists are constantly on the quest to pinpoint which one of these activity types, or more realistically, what combination, gives the best output in terms of neuromuscular improvement.

A sport science researcher from Japan has recently been able to demonstrate the unique neuromuscular activation of the rectus femoris muscle during concentric, or regular, cycling, and eccentric cycling, where one resists the backward movement of the pedal instead of pushing down by contracting the muscles. The results of this study have been published in the Journal of Electromyography and Kinesiology. This paper was made available online on January 30, 2022.

For the uninitiated, the rectus femoris is a long and fleshy muscle bulk that is located in the anterior compartment of the thigh. Its primary function is to extend the leg at the knee joint and to facilitate the flexing the hip joint. This muscle is vulnerable to damage, especially during intense exercise and sports or after a physical trauma.

According to the author of the study Dr. Ryoichi Ema, Associate Professor at the Shizuoka Sangyo University in Japan, “The rectus femoris muscle is an important muscle for sport performance in athletes and physical performance in older adults, indicating that it should be specifically targeted for exercise-related activity.”

Dr. Ema used an ergometer to quantitatively estimate the involvement of various types of muscles. An ergometer is a special device that measures the work or energy expended during a period of physical exercise. In an eccentric cycling ergometer, the pedals automatically spin backward.

The researcher obtained the root mean square (RMS) of the surface electromyographic (EMG) signals from the three types of muscles—proximal and distal regions of the rectus femoris, vastus lateralis, and biceps femoris. The EMG signal measures electrical currents generated during muscular contractions and is used to assess various types of neuromuscular activities.

Dr. Ema also made a quantitative comparison between concentric and eccentric cycling. Although previous studies suggest that eccentric exercise produces less fatigue and is more efficient than concentric exercise (descending a stairway is easier than ascending it), its precise impact on the rectus femoris muscle had not been accurately determined.

The numbers speak for themselves: the experimental results clearly demonstrated that the RMS-EMG of the rectus femoris muscle was indeed greater during eccentric cycling than during concentric cycling.

“Eccentric cycling exercise would be useful for improving athletic performance and for improving the quality of life in older adults, and for preventing severe damage resulting form intense exercise and sports. Although an eccentric cycling ergometer is still not a routinely used exercise equipment, it is expected to bring in significant benefits, especially during training and rehabilitation,” notes Dr. Ema.