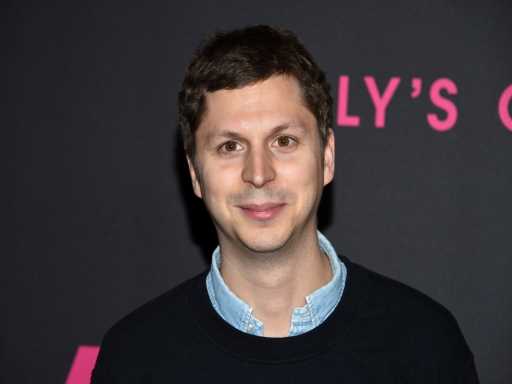 Michael Cera is officially a father — and we have Amy Schumer to thank for that news. The duo was promoting their new series Life & Beth on Entertainment Tonight when Schumer dropped the big secret on live television. “Michael has a baby, too. Is that public knowledge?…I just outed him, I just outed his baby,” the comedian said.

“We’re right at the beginning of it,” Cera responded. “We’re doing the very basics right now.”

Cera opened up about fatherhood more during an interview with Extra, revealing that his rumored wife Nadine gave birth to a baby boy six months ago. The actor credited Schumer’s documentary Expecting Amy for giving him insight into the pregnancy journey. “I was just shocked to watch it,” he said. “Like, I already had a very strong appreciation… of what women go through, but, you know, you can only have a distant outsider, you know, appreciation for it.”

While Cera remains largely private about his life as a parent, Schumer has been outspoken about her own experience — all the highs and the very lows. “I felt so wronged by how much I hadn’t [known],” she told Extra. “I didn’t know how hard pregnancy was. I mean, I had a specifically difficult pregnancy because of having hyperemesis and endometriosis, but pregnancy is so hard. And I just feel like the imagery and the portrayals of pregnancy that I had seen and what I knew to be right was just so false.”

The star took to Instagram in 2021 to share that she was in the hospital because of endometriosis. “It’s the morning after my surgery for endometriosis and my uterus is out,” she explained. “The doctor found 30 spots of endometriosis that he removed. He removed my appendix because the endometriosis had attacked it. There was a lot, a lot of blood in my uterus and I’m, you know, sore and I have some, like, gas pains.”

We’re endlessly grateful to Amy Schumer for keeping it very real about her life (and — occasionally — the lives of others).

Childbirth is nothing like in the movies, as these beautiful photos show.