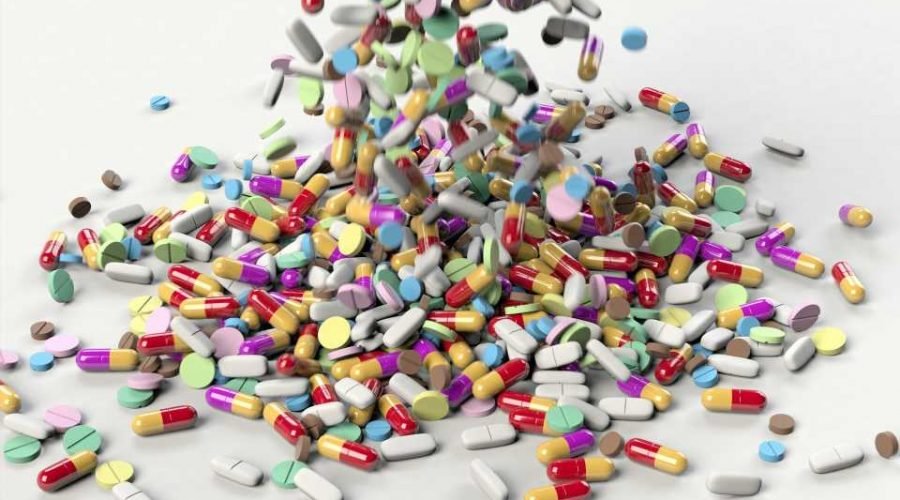 University of California, Davis professor Bruce Hammock has spent a 50-year career studying insects. He probably wouldn’t be the Ph.D. considered most likely to shake up the multibillion-dollar prescription painkiller market.

Nonetheless, he has developed a medication for chronic pain that he said has proved both effective and non-addictive in animal trials.

Could his discovery put an end to the devastating death toll caused by opioids such as fentanyl, oxycodone and hydrocodone, drugs that racked up $24.5 billion in sales in 2018?

Veteran pharmaceutical researcher William Schmidt told The Sacramento Bee that he thinks so. He said he found Hammock’s novel drug candidate so promising that he volunteered to work at no charge until they can move the technology out of the university and secure financing for Hammock’s company, eicOsis.

“We have a drug candidate lacking the side effects of both opioids and non-steroidal anti-inflammatory drugs that can potentially lead to an entirely new way to treat chronic pain,” Schmidt said.

Hammock and Schmidt cleared a key regulatory hurdle with the U.S. Food and Drug Administration just last week, they said, and they expect to launch human trials by August or September. The clinical studies already have received more than $4 million in support from the National Institutes of Health, they said, and this week Open Philanthropy Foundation announced that it would invest $5 million toward the human clinical trials.

The foundation supports causes that can have deep and broad impact on mankind, that have been neglected by other funders, and that clearly cite how an investment will contribute to progress.

“Chronic pain is an enormous emotional and economic burden for more than 100 million people in the United States alone,” Hammock said. “The extreme and poorly treated pain that I observed as a medical officer working in a burn clinic in the Army, is a major driver for me to translate my research to help patients with severe pain.”

In a news release on Hammock’s research, officials at the University of California, Davis, noted that as many as eight out of every 10 adults in the United States suffer from chronic pain, three out of four patients consider their therapies for pain ineffective, and as many as a third of patients prescribed opioids misuse them.

Hammock traces the genesis of his drug back to the 1970s when he was trying to keep tiny brown moths from consuming as much as half of the world’s food supply. One way farmers could overcome this problem, Hammock said, was if they could disrupt the reproductive process.

His lab discovered that an enzyme facilitated the moth’s transformation from corn earworm to winged insect, Hammock said, and if they could remove that enzyme, the caterpillar would die before it ever developed to a stage where it could breed.

It turned out that there were more cost-effective ways to control brown moths, Hammock said, but his team’s discovery proved valuable in controlling flea and mosquito development.

Hammock’s team had a scientist’s natural curiosity, though, and they began to wonder whether plants and animals and humans had this same enzyme. They looked, he said, and they found they all did. Then they asked: What role does this enzyme play in humans? As it turned out, he said, it played a role in how much pain humans experience.

That finding led them to a group of compounds that naturally occur in the body and that reduce pain. Typically, these compounds are rapidly broken down in the body, Hammock said, but his team figured out a way to block their destruction.

The compounds do not prevent the warning of pain, Hammock said, so people will know if they put their hands in hot water, but the compounds can keep people from feeling pain that is out of proportion to the degree of the injury.

After figuring out how to prevent the compounds from breaking down, Hammock said, his team came up with a drug formulation that worked so well in animal trials that he questioned the results.

“I wanted to consult with an expert in the research of pain medications,” he said. “I looked up all the pain consultants in the world, checked out their credibility and made a list. And, the first guy on the list was Bill Schmidt.”

Hammock was floored when he learned that his home was no more than 75 yards from Schmidt’s home. Schmidt’s office was in downtown Davis, and they had mutual friends.

“When they called me,” Schmidt said, “they had no idea where I was located. Bruce told his people, ‘Develop a list of the top consultants in pain medicine in the United States.’ After they made the list, I was the first person they called. It turned out I was in the same city, and they were located five minutes from my office. I said, ‘Come on over.'”

Schmidt said he almost fell out of his chair when he learned that Hammock was an entomologist and that his research was so far along. He had isolated properties in the compound and tested for adverse reactions, Schmidt said.

“He had synthesized and tested 3,500 compounds over a period of more than 20 years,” Schmidt said. “He had optimized these for all the properties that I would want. … I (had) worked for one of the primary companies developing analgesic drugs, and here an academic lab had done a higher quality work in many respects.”

Hammock was simultaneously developing drug candidates for humans, for horses and for companion animals, Schmidt said, and he already had gotten his first equine test subject: a granddaughter of 1977 Triple Crown winner Seattle Slew named Hulahalla.

Hulahalla had arrived at the UC Davis Veterinary School at an advanced stage of a disease called equine laminitis. At its most severe, laminitis causes inflammation and swelling in the legs and hoofs that is so severe that horses cannot stand.

“The horse had been on her side for two days and not responding to any other drug or any other type of therapy that one of the most advanced veterinary schools in the country or in the world would have to offer,” Schmidt said. “So, they scheduled the horse for euthanasia.”

The vet school, however, had received permission to try an experimental drug on Hulahalla before the euthanasia, Schmidt said, so at 2 a.m., Hammock got a call from Dr. Alonso Guedes, then a veterinary anesthesiologist at UC Davis who was treating the horse.

“Alonso said, ‘Bruce, I have your first patient,'” Schmidt said. “Bruce rode over on his bicycle, carrying a vial of this new experimental medication. They gave an IV dose, and in an hour, (Hulahalla) was up on her hoofs. In two hours, she was walking around her stall again and eating for the first time in two days. They then gave one dose a day for five days, and the horse had a complete recovery.”

Hammock has since administered the medication to 10 other horses at the veterinary school, Schmidt said, and eight out of 10 responded favorably after treatment with the drug. The results have since become documented in published papers.

Despite this success, Hammock said, he was nervous when he and Schmidt faced a grilling April 22 from FDA officials in Washington, D.C.

“I was really scared, but the meeting came off really well. It’s tense. They do exactly 55 minutes, and we had 10 people come into the room. None of them smiled. None of them introduced themselves,” Hammock said. “The previous two people who met with them were told to go home and not come back. They don’t all end well.”

By the end of the meeting, however, Hammock, Schmidt and the rest of their team had won smiles from the panel and the right to submit a lengthy document seeking permission to begin human trials.

Davis-based eicOsis (pronounced EYE-co-sis) plans to have intravenous, topical and oral forms of the drug, Hammock said, and it will likely be four or five years before the drug goes to market. The initial human trials, he said, will be on healthy volunteers to test for side effects.