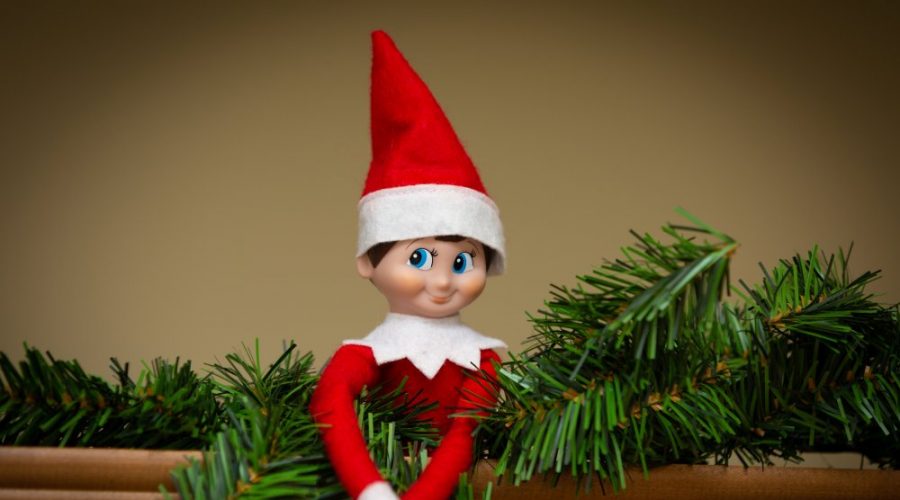 It’s one of the most wonderful times of the year, but if you were one of the kids who grew up with Elf on the Shelf, then you might remember the holidays a little bit differently. For the Gen Zers who were young enough to experience its initial meteoric rise, Elf on the Shelf was a toy used to keep young children in check during the holiday season. Christmas is a time of traditions, but how did this particular one get its start?

The premise of Elf on the Shelf is this: parents put the toy elf up on a shelf during the holiday season. The elf then plays a game of hide-and-seek with the kids who find the elf in a new place every day (via Vox). The elf is, essentially, watching over the children to eventually report back to Santa in the North Pole.

The toy has become one of the latest holiday trends over the past decade-and-a-half, but what is the story behind Elf on the Shelf?

Where did Elf on the Shelf come from?

The Elf on the Shelf lore began in 2004, when mother-daughter duo Carol Aebersold and Chanda Bell wrote the children’s book of the same name (via Martha Stewart Living). In the story, elves get adopted by families and integrated into their Christmas traditions every year. When the family gives the elf a name, the elf receives its Christmas magic. Each night, the elf flies back to the North Pole each night to “report” to Santa Claus. Every morning, the elf returns, but moves to a new spot in the house.

Initially, the writers said that it was hard to get agents to get on board with the book. “They really didn’t know what to do with it,” Bell told the magazine. “They really didn’t get it.” After a handful of rejections, Bell and Aebersold decided to self-publish the book and toy instead. By 2008, Elf on the Shelf was a household hit.

How did Elf on the Shelf so popular?

While the duo originally started off small when they started distribution, the demand for Elf on the Shelf was too high to stay small. By the end of their first year, 18 storefronts carried the toy (via Fortune). However, momentum really started to amp up when Jennifer Garner was spotted carrying the toy in a paparazzi photo — and people went nuts. The Today Show picked up a segment on the toy, and soon enough the phones were literally ringing off the hook.

“It definitely was a turning point for the brand,” said Christa Pitts, Bell’s twin and fellow co-founder. “We ended up turning around every single order in two days. If we had failed, we probably wouldn’t be here at this point.”

Elf on the Shelf sparked one of the biggest cultural Christmas-related moments in recent memory, and although there are a ton of naysayers who don’t love this new tradition, there are plenty of parents who continue to get into the Christmas spirit surrounding it (via Good Housekeeping). Whether you give an elf as a gift to new parents, grab one for your own small children, or avoid this relatively new custom altogether, now you know how it all got started.

Related posts:
06/12/2019 Kids Health Comments Off on The truth about Elf on the Shelf
Categories
Recent Posts
We and our partners use cookies on this site to improve our service, perform analytics, personalize advertising, measure advertising performance, and remember website preferences.Ok