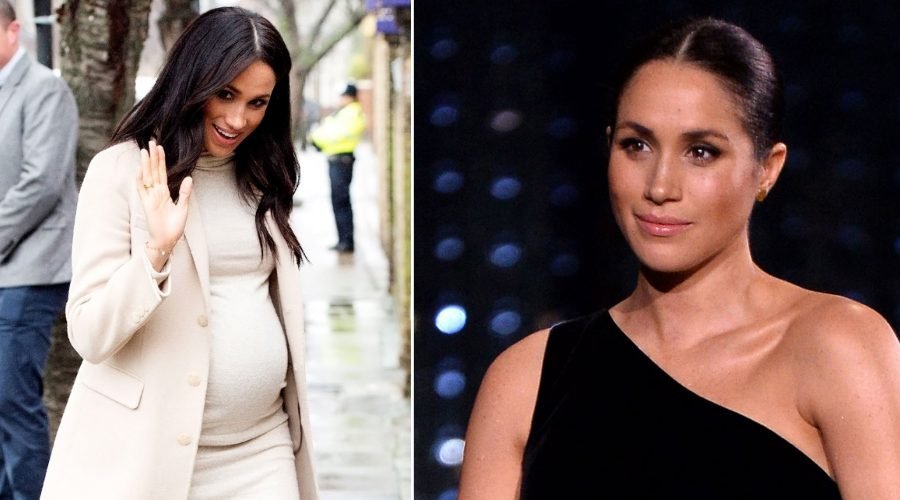 A unique take! Duchess Meghan and Prince Harry are expecting their first child together, and the pair have broken a few royal rules while waiting on their little one’s arrival.

From her footwear choices to her travel plans, the Duchess of Sussex, 37, has made waves all pregnancy long — but she did the same even before confirming in October 2018 that she and her 34-year-old husband have a baby on the way.

“Their Royal Highnesses The Duke and Duchess of Sussex are very pleased to announce that The Duchess of Sussex is expecting a baby in the Spring of 2019,” Kensington Palace tweeted at the time. “Their Royal Highnesses have appreciated all of the support they have received from people around the world since their wedding in May and are delighted to be able to share this happy news with the public.”

The couple tied the knot in May 2018, and their ceremony broke royal rules as well. For example, Harry and his wife exchanged rings at the altar, even though his grandfather, father and brother have all chosen not to sport wedding bands.

Six months before when they announced their engagement, the Suits alum posed for pics with a white overcoat, a green dress and nude heels — but without pantyhose.

From hand-holding PDA to burgundy nail polish, these two have broken one unspoken royal tradition after another during their time together.

Take a look at the gallery below to see how they did things differently during the former actress’ first pregnancy. 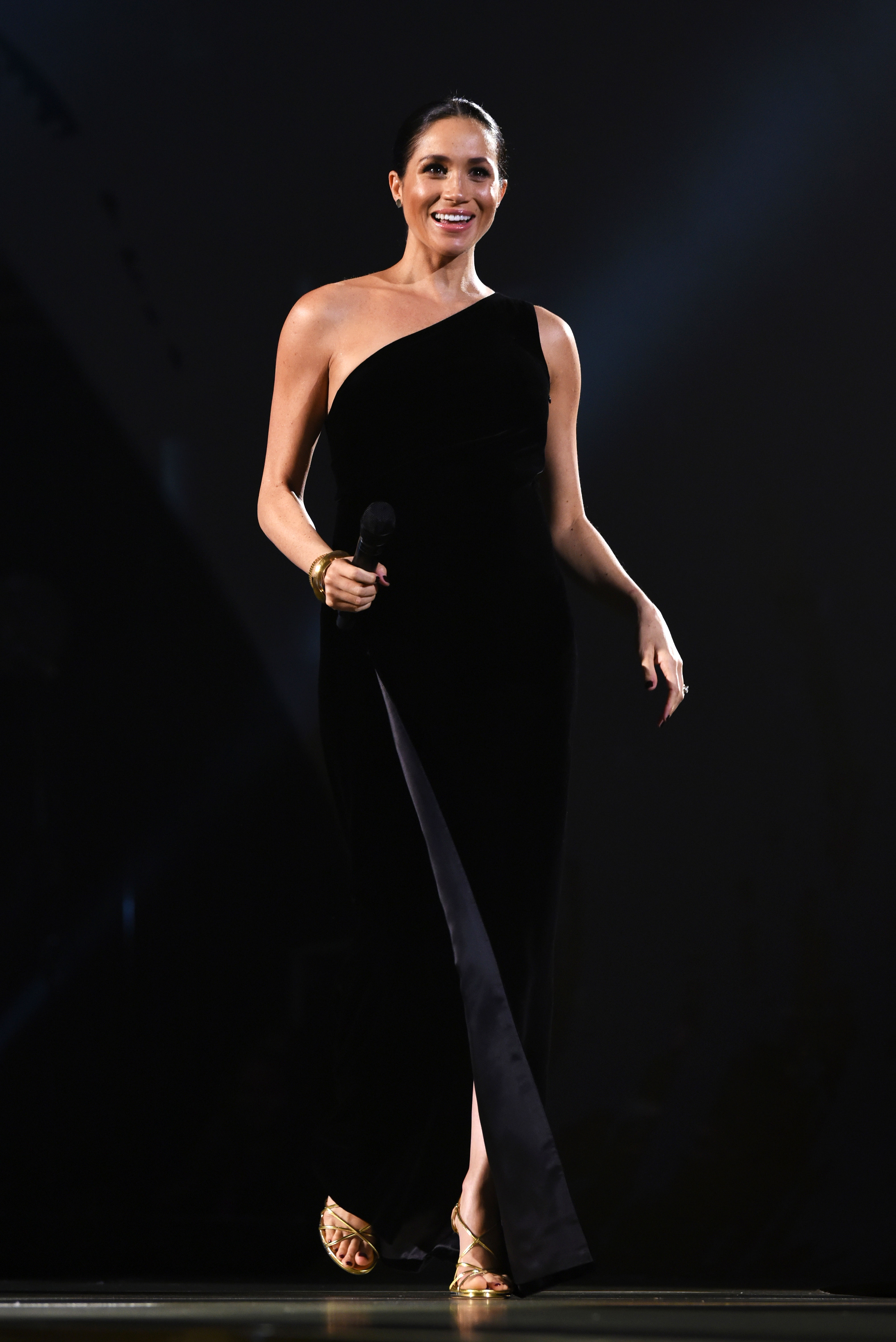 At Cirque du Soleil’s Totem premiere in London in January 2019, Meghan opted for a pair of open-toed shoes, even though that type of footwear is frowned upon by the royal family, and has continued to do so over the course of her pregnancy. 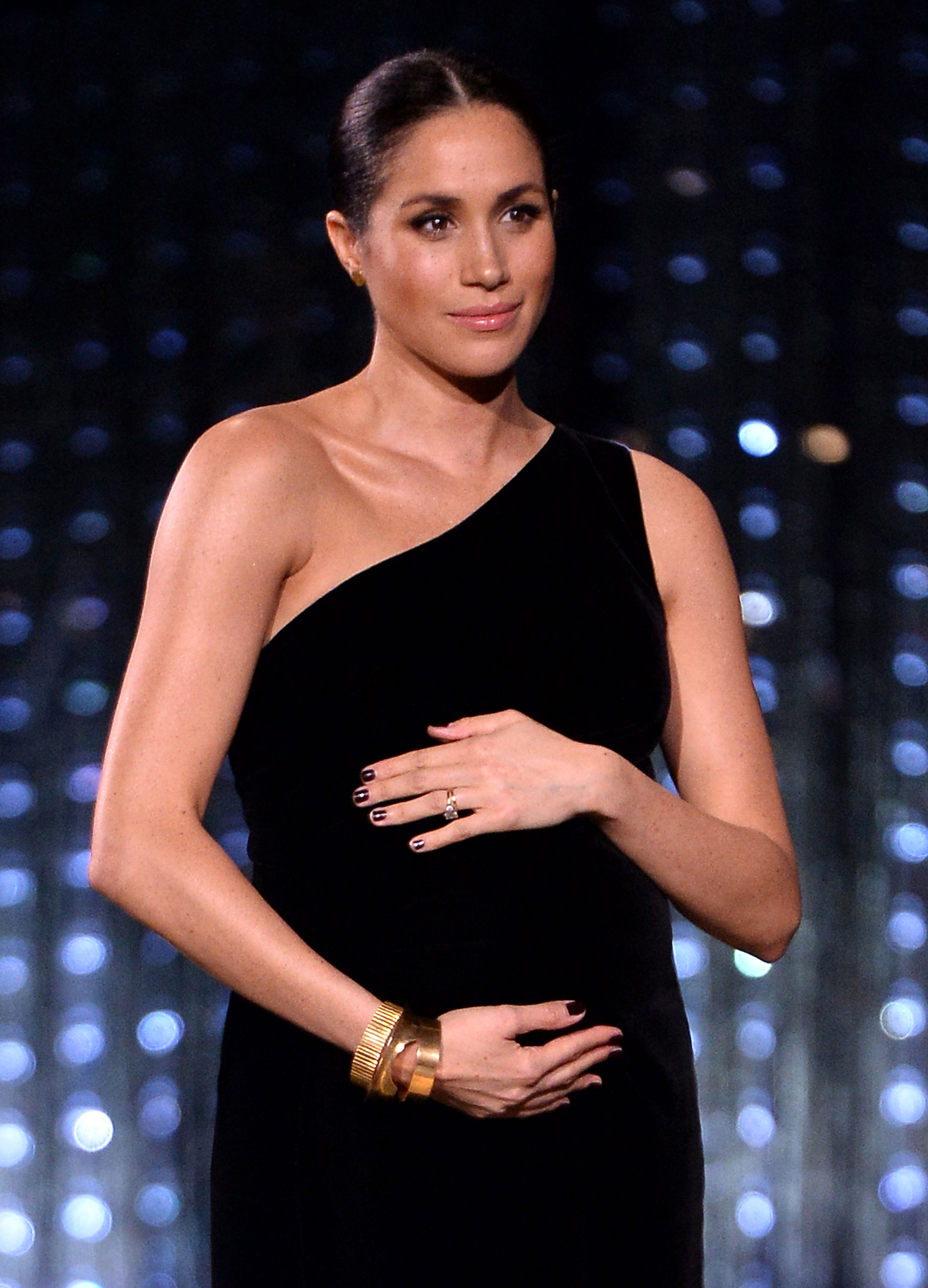 A Splash of Color

On top of the open-toed shoes, the duchess has attended royal engagements with colored nail polish on her toenails. 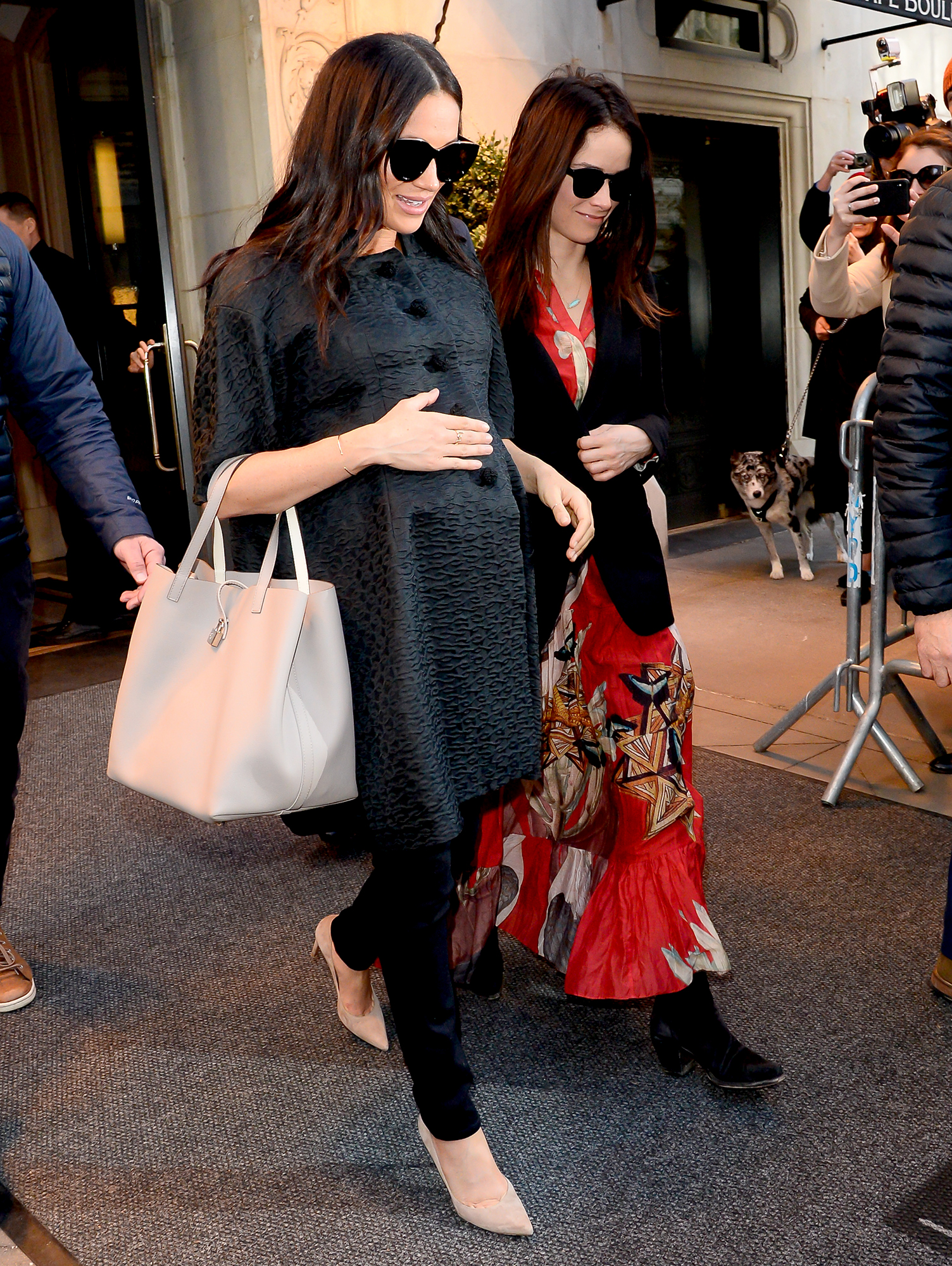 Serena Williams and Gayle King were two of the many guests at Meghan’s star-studded baby shower in February 2019. The new royal celebrated the American tradition with a harp, cute cookies and a floral arrangement activity.

“[Meghan] was made aware that Kensington Palace and the royal family, that’s not the way they do it with a big, flashy baby shower like the one she had in NYC,” a source told Us Weekly exclusively the following month. 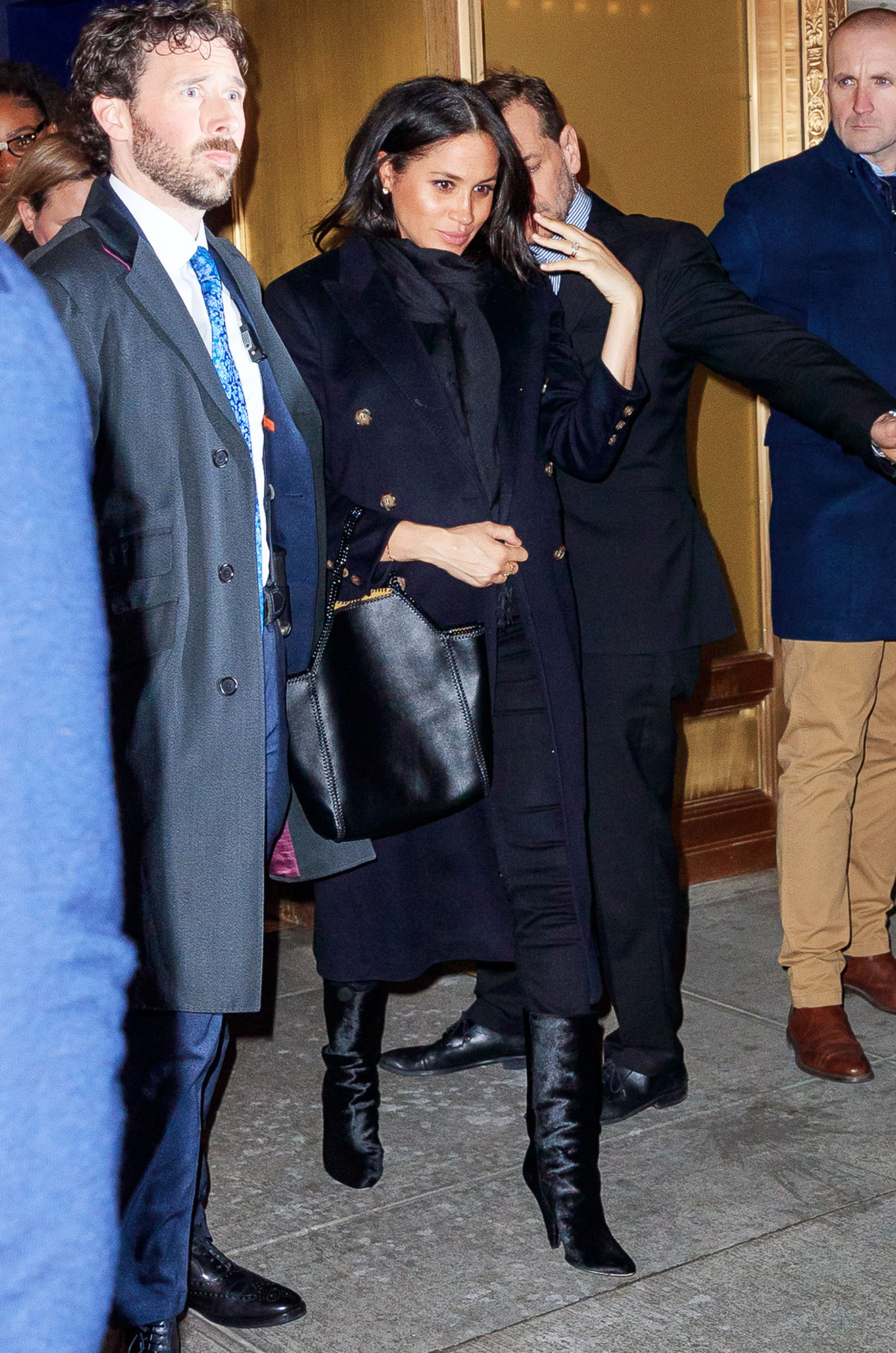 While pregnant royal women aren’t supposed to go overseas, Meghan traveled across the pond to the United States for her baby shower. Not only that, but the Los Angeles native announced her pregnancy while on a royal tour with Harry in countries including New Zealand, Fiji and Tonga.

Hug that baby bump! Instead of hiding her budding belly in loose-fitting shirts and dresses during her pregnancy, Meghan has opted for body-conscious clothes on many occasions, accentuating her stomach.