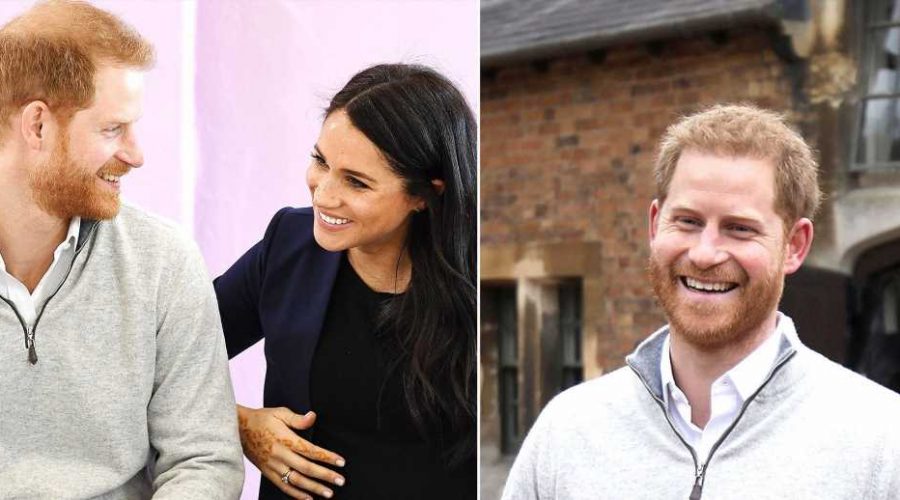 If there’s one aspect of parenthood Prince Harry already has down pat, it’s the dad jokes! The former military pilot started practicing his humor ahead of the birth of his first child, son Archie, with Duchess Meghan.

Harry and Meghan — who tied the knot at St George’s Chapel at Windsor Castle in May 2018 — welcomed their baby boy in May 2019, and it appeared the Duke of Sussex was itching to tell his first fatherhood witticism.

“I’ve had about two hours’ sleep,” Harry told press the same day Archie was born on May 6. The jest came as he addressed media outside Windsor Castle in England shortly after the former Suits star gave birth.

“Meghan and myself had a baby boy early this morning — a very healthy boy. Mother and baby are doing incredibly well. This has been the most amazing experience I could possibly imagine,” Harry gushed of the milestone life event. “How any woman does what they do is beyond comprehension. But we are both absolutely thrilled and so grateful for all the love and support from everyone out there. It’s been amazing. So we just wanted to share this with everybody.”

Two days after the birth, the doting parents introduced their baby boy to the world, and later announced his name in a statement posted to their Instagram page alongside a family photo that included Queen Elizabeth II, Prince Philip and Meghan’s mom, Doria Ragland.

“The Duke and Duchess of Sussex are pleased to announce they have named their first born child: Archie Harrison Mountbatten-Windsor,” Harry and Meghan shared at the time. “This afternoon Their Royal Highnesses introduced Her Majesty The Queen to her eighth great-grandchild at Windsor Castle. The Duke of Edinburgh and the duchess’ mother were also present for this special occasion.” (The pair did not give Archie a royal title as they aim to raise him as normal as possible.)

Related posts:
08/05/2019 Kids Health Comments Off on Archie Is in for a Treat! Prince Harry’s Most Epic Dad Jokes – So Far!
Categories
Recent Posts