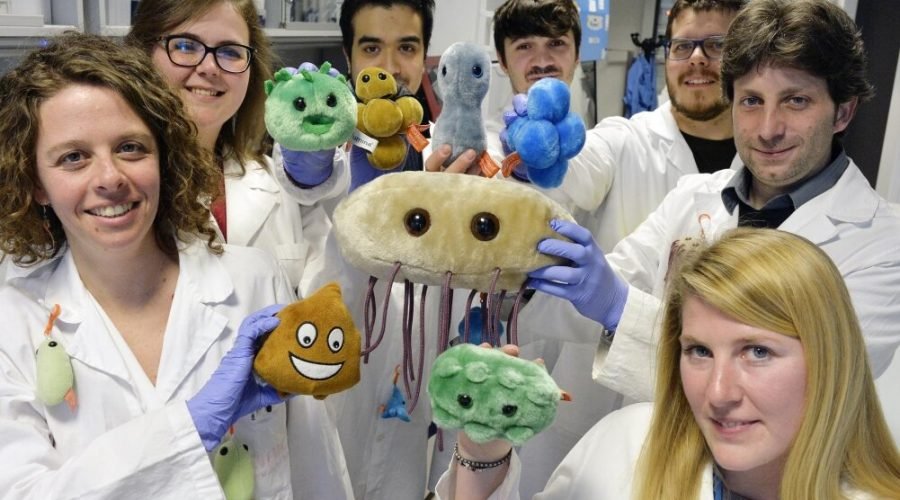 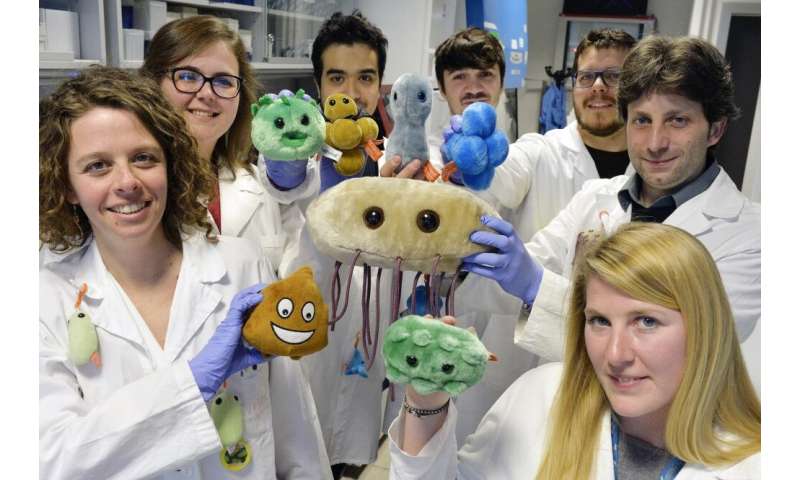 Gut microbiota, the population of microbes that live in the intestine, can be used to predict the occurrence of colorectal cancer, the second most common type of cancer in women and the third in men. Research by an international team of scientists, including researchers at the University of São Paulo (USP), Brazil, has found a link between colorectal cancer and changes in gut microbiota patterns that do not depend on the dietary habits of the populations studied. The discovery paves the way to the development of non-invasive tests capable of predicting emergence of the disease.

The study is published in Nature Medicine.

In one of the largest and most varied surveys ever conducted on the topic, the researchers combined metagenomics, bioinformatics and machine learning (with the use of artificial intelligence) to correlate the occurrence of colorectal cancer with gut microbiota data for 969 people in Canada, China, France, Germany, Japan and the United States.

The findings identified groups of microorganisms associated with colorectal cancer in all the populations studied, and signatures in the microbial metabolism (patterns of metabolites produced by microorganisms) that can be used to predict the occurrence of the disease. The research had two other important outcomes. One is the discovery in the intestines of colorectal cancer patients of a specific species of bacterium commonly found in the mouth and airways. The other is a correlation between colorectal cancer and the presence of the gene for a microbial enzyme that degrades choline, an essential vitamin B group nutrient.

The study found higher levels of the bacterial species Fusobacterium nucleatum in colorectal cancer patients than in healthy individuals. This bacterium normally inhabits regions of the mouth, and the acidity of other parts of the gastrointestinal tract was thought to be fatal to it.

“Larger numbers of oral bacteria tend to travel to the intestine in colorectal cancer patients. This migration may cause inflammation in the intestine, giving rise to the tumor,” said Andrew Maltez Thomas, who has a Ph.D. in bioinformatics from the University of São Paulo. “However, we don’t know the actual reason for the migration, only that there’s a link between the presence of these bacteria in the intestine and colorectal cancer, and that the link deserves to be investigated further.”

The other discovery, a significant presence of the gene for the microbial enzyme choline trimethylamine-lyase (cutC) in fecal samples from colorectal cancer patients, reinforces the possibility of a carcinogenic link between gut microbiota and a fatty diet, indicated by previous research.”When the enzyme cleaves choline, which is abundant in diets containing large amounts of red meat and other fatty foods, it releases acetaldehyde, a well-known carcinogen,” Thomas said.

In the study, the researchers used data on the composition and abundance of all bacteria found in 969 fecal samples. To develop a simple method of analysis that can be widely used by clinics and hospitals, they selected the statistically significant bacteria. “Our results from 16 species of bacteria were comparable to those from analyses using all species. This is an important step in the development of a simple diagnostic tool that dispenses with the need to sequence the entire microbiota yet has the necessary precision,” Thomas said.

Association is not causal link

Research on the links between gut microbiota and human health has grown in the last 10 years, but the new study innovates by conceiving of bacteria as markers of the development of disease.

“Markers are typically looked for directly in association with tumor cells. We use a different concept. Our analysis is based on changes in a relatively small set of bacteria in a spectrum of hundreds of bacteria that live in the gut and may indicate the presence of a disease,” said Emmanuel Dias-Neto, a researcher at A.C. Camargo Cancer Center’s International Research Center (CIPE) and a co-author of the article.

Sequencing of DNA obtained from gut microbiota enabled the researchers to identify the bacteria present in each fecal sample, to measure the quantity of each bacterium, and to identify variants in their genomes that may be linked to different outcomes, such as a heightened risk of colorectal cancer.

It should be stressed, however, that the study did not show that alterations in gut microbiota cause colorectal cancer.

“We detected an association, but that doesn’t necessarily imply a causal link. The question is whether specific bacteria can cause cancer or cancer creates a different environment in the colorectal duct and thereby favors certain bacteria over others. We don’t yet have an answer, which would be fundamental for the results of the research described in the article to develop therapies to treat colorectal cancer,” said Professor João Carlos Setubal of the University of São Paulo’s Biochemistry Department, a co-author of the article. Setubal and Dias-Neto supervised Thomas’s Ph.D. research.

According to the researchers, this may be the largest-ever study of colorectal cancer based on data from fecal samples and such diverse populations. The group analyzed data from five public studies and two other studies by researchers at the University of Trento.

With the data from these seven studies they were able to identify enzymes and bacteria, and to work out how gut microbiota can predict the development of colorectal cancer. They used data from two other studies with 200 samples to validate their findings.

“DNA sequencing of the samples, which required distinguishing between microbiota DNA and human DNA, was a means of identifying and quantifying the species of microorganisms and their genes present in the samples,” Thomas said. “We extracted DNA from the fecal samples and sequenced it. We then used computational methods to analyze the data. As a result we were able to identify and quantify the species and gene abundance.”

Because the data came from different studies, the researchers used sophisticated statistical methods to analyze them as an ensemble.

“We used meta-analytical statistical methods and machine learning techniques to find out how predictive the results were,” Thomas said.

The findings were validated by Nicola Segata, a computational biologist at the University of Trento and supervisor abroad for the project, and reinforced by another study performed at the European Molecular Biology Laboratory (EMBL) in Germany on the links between gut microbiome and cancer. An article on the EMBL study is published in the same issue of Nature Medicine.