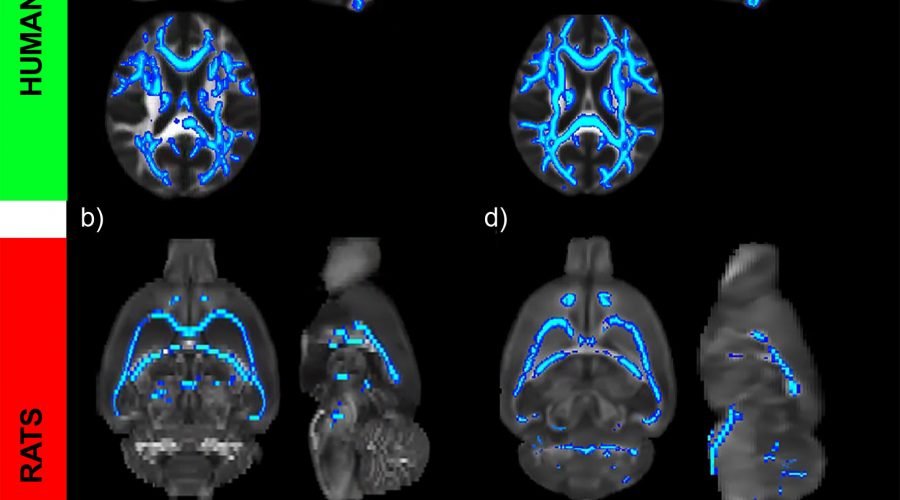 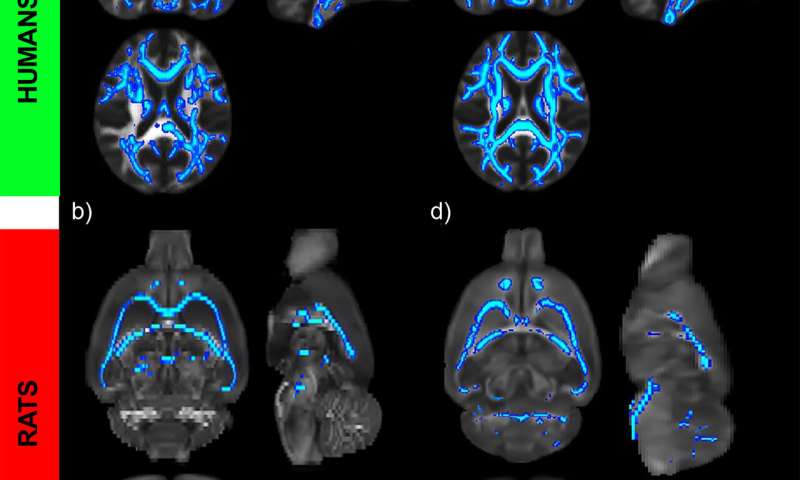 Although the harmful effects of alcohol on the brain are widely known, the structural changes observed are very heterogeneous. In addition, diagnostic markers are lacking to characterize brain damage induced by alcohol, especially at the beginning of abstinence, a critical period due to the high rate of relapse that it presents.

Now, a joint work of the Institute of Neuroscience CSIC-UMH, in Alicante, and the Central Institute of Mental Health of Mannheim, in Germany, has used magnetic resonance imaging to determine how brain damage progresses during the first weeks of abstinence.

The research, published today in JAMA Psychiatry, shows that six weeks after drinking cessation, there are still changes in the white matter of the brain, as revealed by the neuroimaging study carried out on 90 volunteers interned for rehabilitation treatment in a German hospital.

The results of this work are surprising, explains Dr. Santiago Canals of the Institute of Neurosciences CSIC-UMH. “Until now, nobody could believe that in the absence of alcohol, the damage in the brain would progress.”

Ninety patients of an average age of 46 years who were hospitalized for alcohol use disorders participated in this study. To compare the brain activity of these patients, the researchers recruited a control group of 36 men without alcohol problems with an average age of 41 years.

“An important aspect of the work is that the group of patients participating in our research are hospitalized in a detoxification program, and their consumption of addictive substances is controlled, which guarantees that they are not drinking any alcohol. Therefore, the abstinence phase can be followed closely,” says Dr. Canals.

“Another differential characteristic of this study is that it has been carried out in parallel in a model with Marchigian Sardinian rats with preference for alcohol, which allows to monitor the transition from normal to alcohol dependence in the brain, a process that is not possible to see in humans,” explains Dr. Silvia De Santis, who led the study.

The damages observed during the period of abstinence mainly affect the right hemisphere and the frontal area of the brain, contradicting the conventional idea that the microstructural alterations begin to revert to normal values immediately after alcohol cessation.

With the consumption of alcohol, “there is a generalized change in the white matter, that is, in the set of fibers that communicate different parts of the brain. The alterations are more intense in the corpus callosum and the fimbria. The corpus callosum is related to the communication between both hemispheres. The fimbria contains the nerve fibers that communicate with the hippocampus, a fundamental structure for the formation of memories, the nucleus accumbens and the prefrontal cortex,” explains Dr. Canals. The nucleus accumbens is part of the reward system of the brain, and the prefrontal cortex is fundamental in decision making.