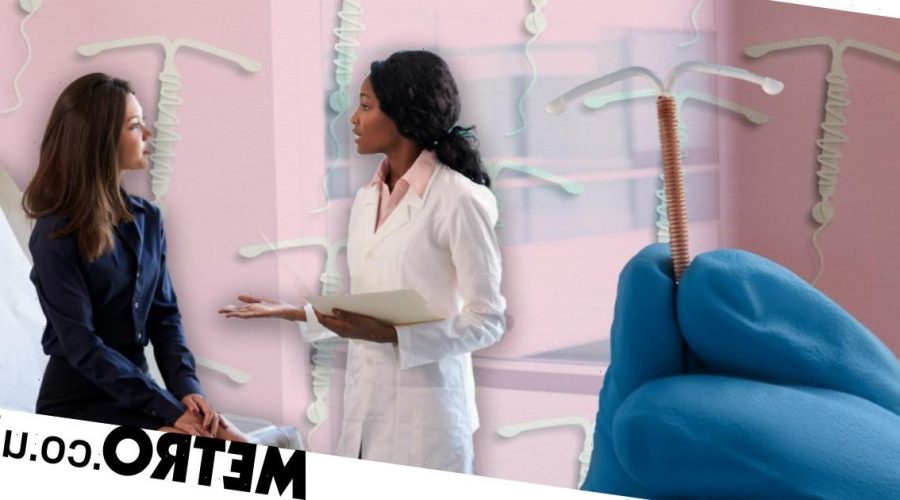 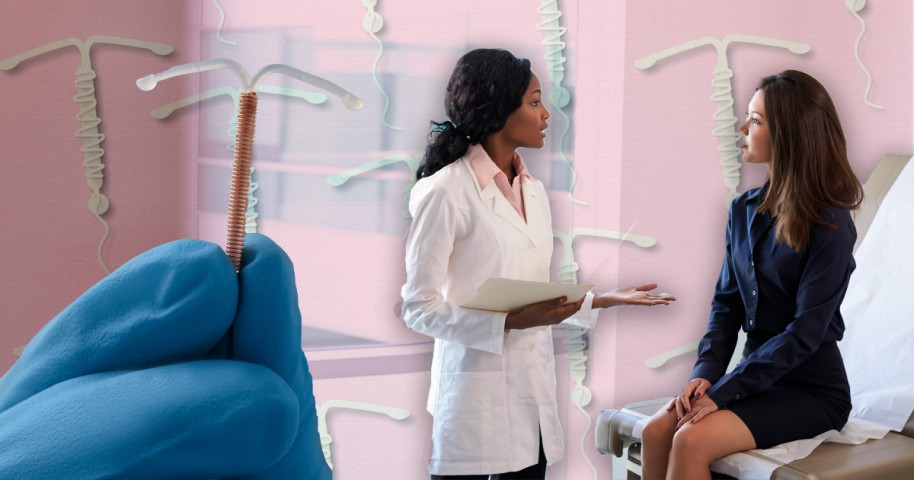 Getting the contraceptive coil, also called an IUD, is one of the worst pains that Lucy Cohen has ever felt.

‘After the procedure, I said to the receptionist, “sorry if you heard me screaming!”

‘I laughed it off, but when I got home, I felt quite traumatised. I thought “this shouldn’t be happening”,’ Lucy tells Metro.co.uk.

The Welsh entrepreneur has endometriosis, which makes coil insertion difficult. She didn’t know about this until she suffered through the ‘excruciating pain’ of the procedure.

Lucy ​​wasn’t offered pain relief when the doctor inserted the coil into her uterus. She was told to take painkillers, which Lucy says is ‘stupid’ since ‘over-the-counter medication isn’t suitable for acute pain.’

At the time, her experience was in line with NHS guidance, despite the fact that studies show that ibuprofen isn’t effective in reducing pain during IUS insertion. In fact, experts say that a coil fitting should not hurt or cause pain.

Lucy’s procedure took 25 minutes, and every second was agony, but unfortunately, her experience is not unique.

When Lucy got home after her procedure, she shared her story on Facebook and was shocked by the number of people who related to it. To get more of an idea of the scale of the problem, she surveyed 15,000 people.

After the procedure, I said the receptionist, ‘sorry if you heard me screaming!’

The response was overwhelming. Lucy said: ‘Some made me cry. They told me stories of being unable to drive home, and having their husband’s come to pick them up… it just isn’t right.

‘So many people thought it was only them, that they were an anomaly,’

Fired up, Lucy launched a petition for pain relief – beyond being told to take over-the-counter painkillers to be used as a standard by medical professionals. It racked up 30,000 signatures.

Lots of women began sharing their stories, and Metro.co.uk spoke to those who felt they were not offered adequate pain relief during their procedures.

Finally, in July 2021, The Faculty of Sexual and Reproductive Healthcare (FSRH) and the Royal College of Obstetricians and Gynaecologists (RCOG) released a statement acknowledging their ‘concerns’ around the painful experiences of women who have received an IUD fitting.

The FSRH updated their guidelines, writing that everyone should be offered adequate pain relief during coil insertions.

The new FSRH guidance stated that a few types of pain relief are more effective than painkillers.

One is a paracervical block, a nerve blocker. Another is a local anaesthetic injection into the cervix. Finally, some medical professionals will be able to use a numbing spray on the surface of the cervix.

The guidance was a step forward – but it isn’t law, and with the NHS as overstretched and underfunded as it is, some GP surgeries may not have access to paracervical blocks or lidocaine spray.

Emily Partner had her coil fitted in April 2022 – almost a year after the new guidance was introduced. When asked if she was offered pain relief, she laughed.

She tells Metro.co.uk: ‘I got told to go home and take paracetamol, which didn’t help.’

Like Lucy, Emily has endometriosis. She did her research, so she knew what to expect when she walked into the operating room. It didn’t help.

The new guidance is a step forward – but the NHS is overstretched and underfunded.

‘The doctor couldn’t be less interested,’ Emily says. She recalls that the doctor ‘hardly spoke’, and just handed Emily a leaflet – of information she had already read online.

The procedure was so painful that Emily cried and fainted. The healthcare assistant was supportive, offering her a pad and tissues, but the pain was ‘so sharp and deep’, and it didn’t go away.

She was experiencing pain during periods, sex and day-to-day. The bleeding didn’t stop, and she started having mood swings. In the end, she felt she had no choice but to have the oil removed.

And while some people choose to have the coil removed and can get on with their life. For others, the trauma is felt beyond the procedure.

Ella Glover, 23, says the coil gave her vaginismus, which the NHS defines as the body’s automatic reaction to the fear of some or all types of vaginal penetration.

This fear response causes the vaginal muscles to automatically tighten whenever penetration is attempted. You have no control over it.

‘It makes me feel really angry that I got vaginismus just by getting the coil fitted. All I was doing was trying to protect myself against pregnancy,’ says Ella.

‘Nobody prepared me for it. No one said that it could happen, and I was given no support after it happened.’

Ella hasn’t had her coil removed as she’d scared of the pain and has lost trust in medical professionals.

She says: ‘I don’t think they know enough about it or care about that area of the body enough to do care for it properly or help if they make a mistake.’

Dr Nighat Arif has been inserting coils for the past eight years.

She says that everyone will experience a different intensity of pain, meaning it won’t be more than mildly uncomfortable for some, but asserts that it is ‘by no means a pain-free procedure’.

‘I tell every woman that chooses to have the coil that the procedure is painful.

‘The pain is on a spectrum[…] The rule of thumb is it a bit more painful than a smear and less painful than having baby,’ she explains.

The pain mostly comes from feeling the tenaculum (a surgical instrument used for ‘seizing and holding parts) on to the neck of the womb slash cervix to stabilize the cervix and measure the depth of the womb, before passing the tube or slider containing the IUD into the womb.

Historically, it was medically believed that the cervix has ‘no or little pain fibres’, Dr Arif says. This is untrue, but it’s part of why women’s pain was minimised for so long.

Dr Arif says the reason why pain discussions are often kept to a minimum is due to the concern that it will scare or worry people.

However, she also believes ‘there is a lot of nullification of the woman’s pain when it comes to gynaecological procedures or treatments in society and in medicine.’

She adds: ‘There is the assumption that because women have periods and give birth they can somehow “tolerate” pain better and we continue to medically gaslight women to believe they are the problem – which is completely wrong and something I raise awareness about a lot.’

Dr Arif offers the cervical block – as recommended in the new FSRH guidance – but finds that the spray they also suggest works better. ‘It works in two minutes, without needles, and tastes like bananas.’

There’s an assumption that because women give birth they can somehow ‘tolerate’ pain better.

However, ‘The xylocaine 10% spray costs around £10 a bottle and so it’s not cheap. I think the cervical block is cheaper. Again, what is offered in practices is restricted by things like costs and overheads.’

And Lucy says that despite the recent changes, some clinics still simply ‘aren’t informing patients of what pain relief is available.’

‘There’s still no uniform training for clinicians,’ says Lucy. ‘Injecting pain relief is not part of the training for all clinicians who fit coils. This limits where you can go.’

If your GP surgery doesn’t offer all types of pain relief, you should be referred elsewhere, but not everyone knows this. It’s why Lucy is campaigning for awareness, so people know they can shop around. She also suggests that Sexual Health Clinics may be better than GPs.

Lucy is ‘advocating for a uniform experience’, and blanket training for every medical professional, but warns that ‘any big overhaul in the NHS will take a while’.

For now, she just wants people to know what to expect so that they can make a decision that is right for them.