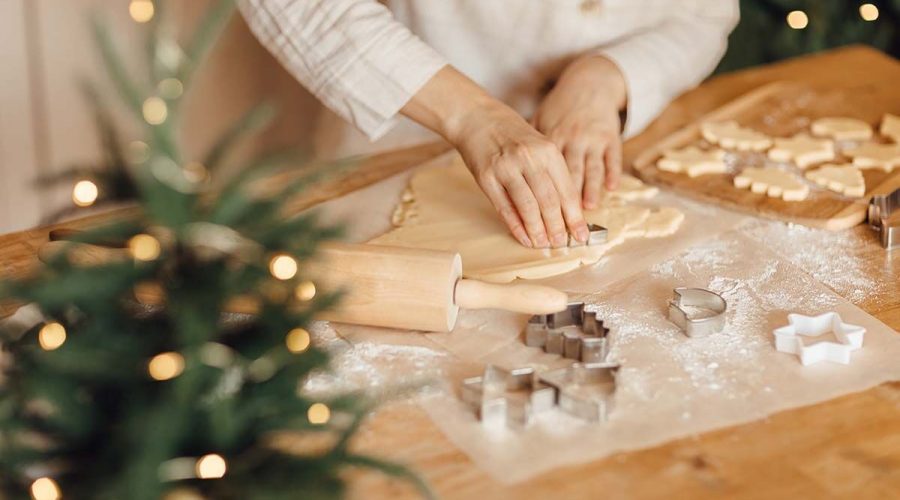 This Morning's Dr Chris discusses the signs of high cholesterol

Christmas is not exactly the healthiest time of the year, which is backed by the constant hangover, bloating and need for a January detox. But the festive season would be simply incomplete without puddings. Interestingly, naughty treats might offer more than a decadent taste as three baking ingredients could compliment your cholesterol levels.

From mince pies to yule logs, you are bound to have a sweet treat or two on your Christmas table.

While key ingredients like sugar and butter don’t offer any health benefits, the same can’t be said about nuts, dark chocolate and cinnamon.

These three sweet treats don’t only bring your festive desserts to the next level but they might also see your cholesterol levels fall, according to research.

Undoubtedly, nuts should be part of your shopping list as the small snack has been studied for its potent health effects countless times.

READ MORE: Acute pharyngitis is the ‘most common’ symptom of Strep A to spot as deaths rise in the UK

Registered Nutritionist Jenna Hope said: “Nuts are high in mono and polyunsaturated fats and are a good source of fibre too.

According to James Vickers, a registered Nutritionist and Health & Wellbeing Adviser at Vitality Health Insurance, your top choices this festive season should include almonds and walnuts that pair lovely with Christmas cake.

To reap this cholesterol-busting benefit, all you need to do is eat around 28 to 30 grams of unsalted nuts per day.

Mr Vickers said: “Dark chocolate is another good option. People are often surprised to know that a small serving of dark chocolate, as an afternoon treat, may actually be good for you.

Don’t take just the nutritionist’s word for it as research, published in the Journal of the American Heart Association, found that pairing dark chocolate with almonds slashed high levels of cholesterol in four weeks.

Although flavanols have been linked to promising effects, a lot of these goodies end up being removed in the process of making chocolate, so you should opt for the dark stuff due to higher levels of cocoa.

“Still, try not to overindulge as dark chocolate does contain saturated fat so perhaps a few squares instead of a whole bar. For more flavanols, try berries, nuts, grapes,” said the expert.

However, Ms Hope doesn’t think that chocolate offers the best mechanism for reducing cholesterol and recommended eating the treat “in moderation”.

While cinnamon, similarly to dark chocolate, doesn’t come with a certain answer when it comes to lowering cholesterol, some evidence suggests that the sweet spice can do the trick.

A review of 10 trials, in the journal Annals of Family Medicine, found that taking cinnamon daily “significantly” lowered cholesterol levels in about four to 18 weeks.

Mr Vickers said: “There is little evidence that cinnamon helps with lowering cholesterol with some studies showing positive results, there is more research needed.

“Cinnamon might inadvertently help with diet as a replacement for sugar as it provides a different flavour so switching for cinnamon might help cut down on high sugar foods at Christmas.”

Ms Hope agreed with this statement and suggested using cinnamon in place of sugar.

She added: “The evidence around cinnamon on lowering cholesterol has largely been conducted in animals and therefore cannot be translated to humans.

“However, it can be used as a great way to flavour foods meaning that you require less sugar and saturated fats which in turn could have a secondary impact on lowering cholesterol.”