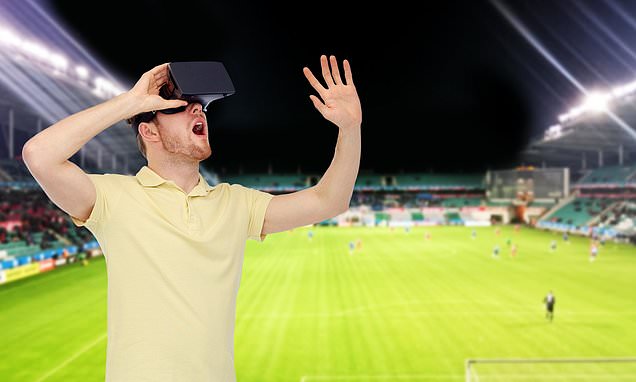 Virtual reality could treat depression: Scientists believe patients who ‘dive’ through coral reefs, ‘ride’ gondolas in Venice or ‘travel’ through forests may find pleasure in the everyday

Virtual reality (VR) may be the next big thing in computer games, but the state-of-the-art technology could also combat depression.

Scientists believe putting patients in a simulated environment where they ‘dive’ in coral reefs, ‘ride’ trains through forests or ‘celebrate’ their favourite football team’s glory could boost their mood.

The technique is thought to help overcome anhedonia, when a patient loses the ability to enjoy pleasurable activities – a common symptom of depression.

By coaching patients to observe the positive things happening around them, the scientists hope they will be more motivated to plan fun activities and take the time to ‘soak up’ everyday tasks. 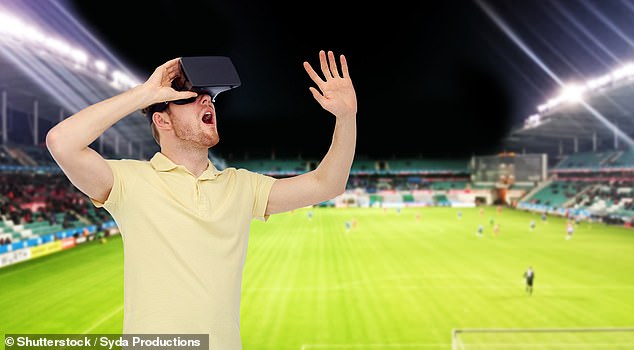 The scientists, from the University of California, Los Angeles (UCLA), are conducting two experiments to determine if VR boosts a depressed patient’s mood.

The research is being led by Professor Michelle Craske, director of the Anxiety and Depression Research Center at UCLA.

Depression is the leading cause of disability in those aged 15-to-44 in the US and affects more than 16.1million American adults every year, according to the Anxiety and Depression Society of America.

And in the UK, 19.7 per cent of people over 16 showed symptoms of depression or anxiety in 2014, Mental Health Foundation statistics reveal.

To get to the bottom of VR’s affect in anhedonia sufferers, the researchers first put six patients in a simulated environment most would consider pleasurable.

In a technique known as positive affect therapy, counsellors then explained in detail every aspect of the situation.

For example if the simulated environment was a gallery, the patient was allowed to take in the art before speaking to a therapist about the vivid shades in a painting and how relaxed their shoulders felt while looking at it.

MRI scans were also taken to determine if the patient’s brain underwent any functional changes. Results of the experiment have yet to be analysed but the scientists are hopeful.

The researchers are now looking at dozens of anxiety and depression sufferers who battle anhedonia. To make VR more accessible, these patients have had the technology uploaded onto their phones to use at home.

The patients have been asked to observe their thoughts, emotions and physical reactions while, for example, being taken on a gondola ride in Venice.

They will complete 13 sessions, each followed by a guided mindfulness course to reinforce the idea that certain situations can be pleasurable.

WHAT IS VIRTUAL REALITY?

The patients will rate their mood after each session, which will be compared against those with mental health problems who did not receive VR treatment. The control group will have the opportunity to try it once the experiment has ended.

If the treatment is successful, the scientists hope it can be adapted to each patient. For example, if they respond well to a particular character, this character may appear more often.

As well as VR being novel in itself, the treatment is also unusual in that it aims to boost a patient’s positive emotions rather than dampening their negative ones, such as hopelessness, anger or lack of energy.

‘Most treatments, up until now, have done an okay job at reducing negative [symptoms of depression], but a very poor job at helping patients become more positive,’ Professor Craske told STAT.

Anhedonia is traditionally tricky to treat, even when other symptoms of depression improve. Those who struggle to enjoy pleasurable activities have also been shown to have longer and more severe mental health problems.

But past research by the UCLA scientists found VR overcomes anhedonia more effectively than cognitive behavioural therapy (CBT). CBT is a talking therapy that can help patients manage their problems by changing how they think and act.

VR has previously been useful in helping patients overcome phobias, paranoia and social anxiety. It also helps those who may benefit from these enjoyable surroundings but lack the energy to venture out the house.

Dr Erika Forbes, a University of Pittsburgh psychologist – who is not involved in the research – added: ‘Mental health and the environment are inseparable.

‘[With VR] you bring the world to them.’

The researchers stress, however, there is no ‘one size fits all’ approach to treating depression and not all patients are expected to benefit from VR.

While it is normal to feel down from time to time, people with depression may feel persistently unhappy for weeks or months on end.

Depression can affect anyone at any age and is fairly common – approximately one in ten people are likely to experience it at some point in their life.

Depression is a genuine health condition which people cannot just ignore or ‘snap out of it’.

Symptoms and effects vary, but can include constantly feeling upset or hopeless, or losing interest in things you used to enjoy.

It can also cause physical symptoms such as problems sleeping, tiredness, having a low appetite or sex drive, and even feeling physical pain.

In extreme cases it can lead to suicidal thoughts.

Traumatic events can trigger it, and people with a family history may be more at risk.

It is important to see a doctor if you think you or someone you know has depression, as it can be managed with lifestyle changes, therapy or medication.