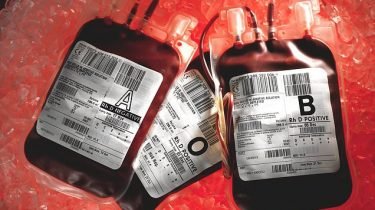 People who caught HIV or hepatitis during the NHS contaminated blood scandal in the 1970s and 80s will be allowed to testify anonymously in their landmark inquiry.

This is believed to be the first time all victims have been allowed to keep their identity hidden in a public inquiry of this kind.

Around 7,500 people were affected by the NHS blunder which saw them get blood transplants from people infected with HIV and hepatitis C.

At least 2,500 of these people are believed to have died already – the crisis happened at a time when HIV could not be easily treated. 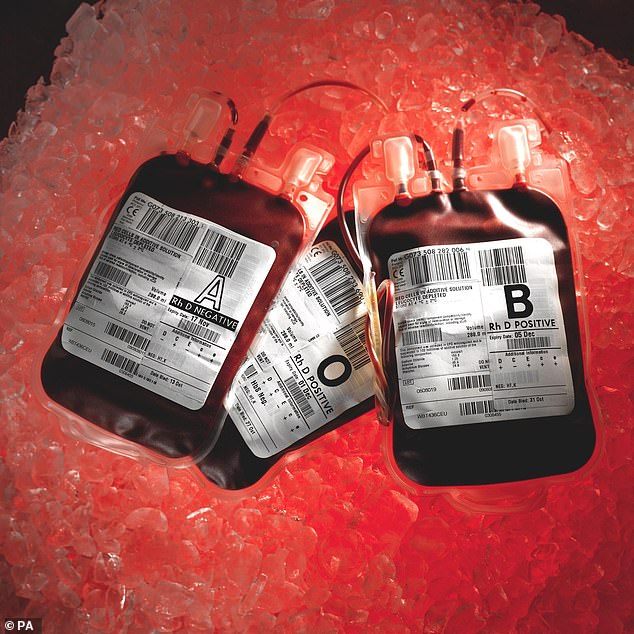 At least 7,500 people were infected with HIV or hepatitis C after being given infected blood or plasma transfusions which had been donated by prostitutes, prisoners and drug users in the 1970s and 1980s (stock image)

A public inquiry will be launched in April into why and how people became infected, how it affected their and their families’ lives, and whether there was a cover-up.

Thousands more people may have become infected with HIV or hepatitis by the blood transfusions – some of which came from prisoners in the US – without knowing.

Patients involved in the scandal will be able to provide evidence in the inquiry without revealing who they are.

This will help them to avoid making it public they have deadly, contagious viruses in what is expected to be a high-profile investigation.

There is still stigma surrounding HIV and other diseases which can be spread through sex, meaning people could be reluctant to publicly speak out.

Victims will instead give their evidence and tell their stories through three trained ‘intermediaries’.

Chair of the inquiry, Sir Brian Langstaff, a former high court judge, said: ‘The work of these intermediaries will be especially appropriate for anyone who does not wish to take the time to give a full detailed written account or who may find that process too upsetting for all sorts of reasons.

‘It would be a pity if what they had to say remained unheard and I wanted the Inquiry’s processes to enable them to be heard, despite those difficulties.’

It is rare for people to be able to remain anonymous in public inquiries, The Times reported, with most people in the Grenfell inquiry denied to right to do so.

Prime Minister Theresa May ordered the inquiry in 2017 when she said what had happened was ‘appalling’.

Mrs May said at the time: ‘‘Thousands of patients expected the world-class care our NHS is famous for, but they were failed.

‘While this Government has invested record amounts to support the victims, they have been denied those answers for too long and I want to put that right.’

The contaminated blood scandal happened when the NHS gave seriously ill patients blood or plasma transfusions which were infected with HIV.

Blood clotting agent Factor VIII began to be used as a treatment for patients including those with haemophilia, a condition which stops the blood clotting.

Because Britain was struggling to keep up with demand, it imported supplies of Factor VIII from the US, where people were paid to donate it.

It later turned out that among the donors were prisoners, prostitutes and drug users who were infected with HIV – which was unknown at the time.

In the 1980s the health service began heating samples to kill bacteria and viruses but thousands of people had already been infected.

Many have since died or lived for decades with debilitating illness.

Sir Brian Langstaff has warned predictions that up to 25,000 people were affected by the scandal could be proved right during his two-year-inquiry.

WHAT IS THE TAINTED BLOOD SCANDAL?

The contaminated blood scandal is regarded as the worst treatment disaster in the history of the NHS.

More than 7,500 patients were infected with HIV and hepatitis after being given contaminated blood by the NHS in the 1970s and 1980s.

Victims include patients with the blood clotting disorder haemophilia, mothers who needed blood transfusions following childbirth or patients who required them after major surgery.

A shortage of a blood clotting treatment, Factor VIII, meant that much of the blood had been imported from prison inmates in the US who were paid for their donations.

Many were drug addicts, alcoholics or prostitutes suffering from serious illnesses, and their blood had not been treated to destroy any viruses before being used in Britain.

By the mid-1980s, the blood was being heat-treated to kill viruses, but patients had already been infected. Wholesale screening of blood products only began in 1991.

The Daily Mail campaigned for nearly 30 years for justice for the victims before Theresa May announced in July 2017 that there would be a full inquiry into what she called an ‘appalling tragedy’.

It aims to determine whether members of the Government covered up the scandal as campaigners say senior Department of Health officials knew the blood was contaminated even while it was still being given to patients.

The judge chairing the public inquiry, which starts next April and is expected to last two years, warned the scandal could be far more wide-reaching.

Sir Brian Langstaff said estimates that up to 25,000 patients were affected ‘may prove right’ – with thousands potentially still unaware they are infected.

Up to 2,800 patients have since died and many others remain very seriously ill.

Related posts:
16/01/2019 Health News Comments Off on Victims of the tainted blood scandal will give evidence anonymously
Categories
Recent Posts