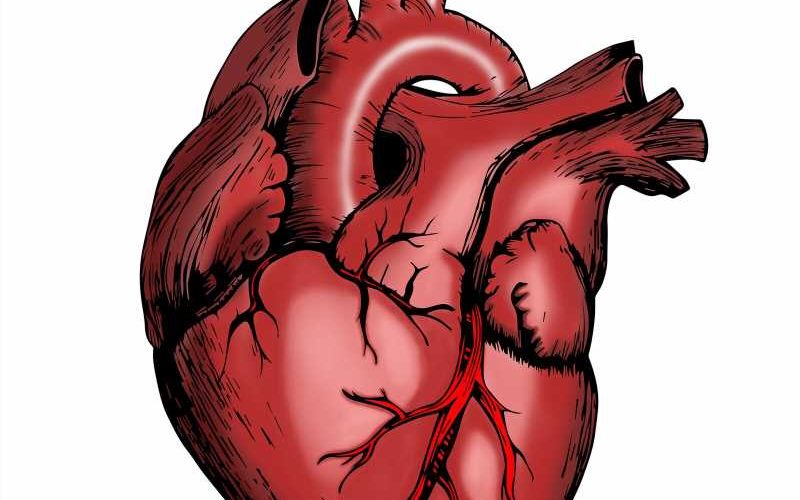 Research led by Muhammad Riaz, Ph.D., Jinkyu Park, Ph.D., and Lorenzo Sewanan, MD, Ph.D., from the Qyang and Campbell laboratories at Yale, provides a mechanism to identify abnormalities linked with a hereditary cardiac condition, hypertrophic cardiomyopathy (HCM), in which walls of the left ventricle become abnormally thick and often stiff. The findings appear in the journal Circulation.

Patients with familial HCM have an increased risk of sudden death, heart failure, and arrhythmias. HCM is the most common inherited cardiac disease, affecting one in 500 people. The disease is thought to be caused by mutations that regulate cardiac muscle contraction, compromising the heart’s ability to pump blood. However, the mechanisms behind the disease are poorly understood.

For this multi-model study, the researchers used stem cell approaches to understand the mechanisms that drive inherited HCM. The technology, induced pluripotent stem cells (iPSCs), can accelerate insights into the genetic causes of disease and the development of new treatments using the patient’s own cells.

“This is a humbling experience that a patient’s disease phenotypes teach researchers fundamental basic knowledge that sets the stage for innovative new therapies. Furthermore, our research has established a great model to assist many physicians at Yale School of Medicine and Yale New Haven Hospital to unravel mechanistic insights into disease progression using the patients’ own iPSCs and engineered tissues,” said Yibing Qyang, Ph.D., associate professor of medicine (cardiology) and of pathology.

“We wanted to understand the disease mechanism and find a new therapeutic strategy,” Park said.

The concept originated with an 18-month-old patient who suffered from familial HCM. Through a collaboration with Daniel Jacoby, MD, adjunct associate professor of cardiovascular medicine and an expert on HCM, who provided medical care for this patient, Park and the team used stem cell technologies to address a fundamental question, the disease mechanisms behind HCM. They collected 10 cc of the patient’s blood and introduced stem cell factors into the blood cells to generate self-renewable iPSCs. By applying cardiac knowledge, they coaxed iPSCs into patient’s own cardiomyocytes (heart cells) for cardiac disease studies. “We discovered a general mechanism which explains the disease progression,” said Park.

Next, they engineered heart tissues that resembled the early-onset disease scenario of the young patient. The disease was a severe presentation at the age of 18 months, which suggested that the disease started at the fetal/neonatal stage.

The next phase of the study was to recreate a 3D model that was used to mimic the progression of the disease, including mechanical properties such as contraction and force production of that muscle, to understand how much force is compromised if the mutation is present. This was performed in collaboration with Stuart Campbell, Ph.D., and Sewanan from Yale’s Department of Biomedical Engineering. Coupled with computational modeling for muscle contraction, the authors developed robust systems that allowed them to examine the biomechanical properties of the tissue at three-dimensional levels.

Finally, using advanced gene editing technologies, the research team modified these mutations. They discovered that after the mutations were corrected, the disease was reversed. These insights about sarcomeric protein mutations could lead to novel therapeutics for HCM and other diseases. The interaction between mutations could also suggest that the same biomechanical mechanism exists in other conditions such as ischemic heart disease.

“We can apply these findings to cardiac conditions associated with hypertension, diabetes, or aging,” said Riaz.

“One of the fundamental challenges was that we needed to generate iPSCs from the patient’s family,” Riaz added. Using this technology, Park was able to recreate primary cells from the cells of a patient with HCM, a process which takes over a month. Riaz and Park used stem cells to identify the vital role of pathological tissue remodeling, which is caused by sarcomeric hypertrophic cardiomyopathy mutations.

“We are hopeful that our findings will be replicated in the scientific community,” said Riaz. “This is an example of bed to bench research, where scientists extract materials from clinics and conduct the experiment in the laboratory and then discover new methods to treat patients.”