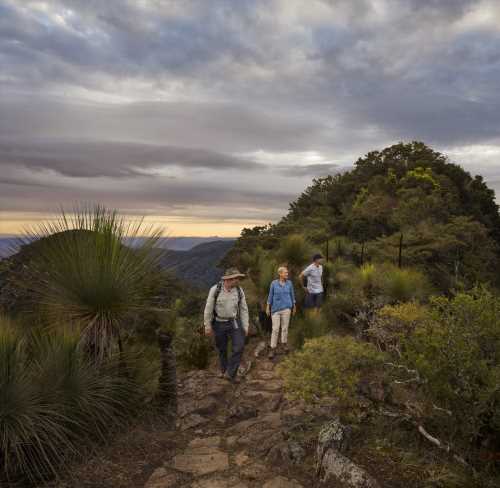 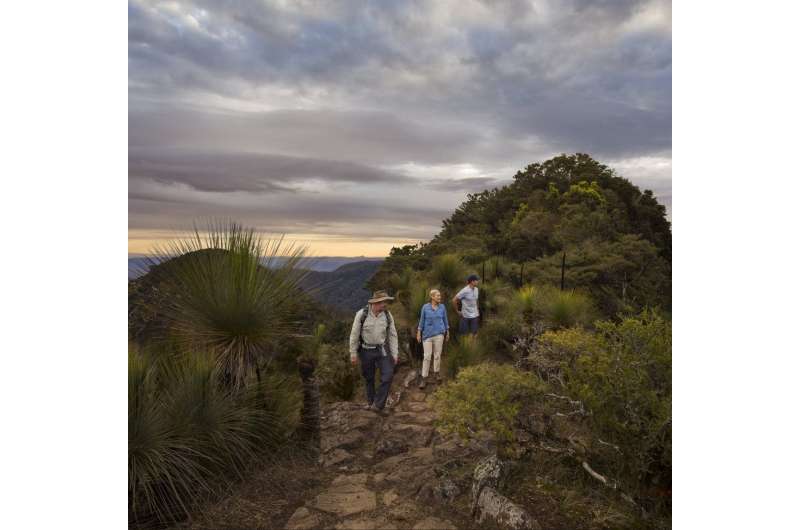 Predictions of catastrophic climate change seem endless—and already, its effects are hard to ignore. Events such as bushfires, floods and species loss generate feelings of sadness, anxiety and grief in many people. But this toll on the human psyche is often overlooked.

Our research has investigated the negative emotions that emerge in Australians in response to the destruction of nature, and how we can process them. We’ve found being in nature is crucial.

Our latest research examined an eco-tourism enterprise in Australia. There, visitors’ emotional states were often connected to nature’s cycles of decay and regeneration. As nature renews, so does human hope.

As our climate changes, humans will inhabit and know the world differently. Our findings suggest nature is both the trigger for, and answer to, the grief that will increasingly be with us.

Our research has previously examined how acknowledging and processing emotions can help humans heal in a time of significant planetary change. This healing can often come about through social, collective approaches involving connection with the Earth’s natural systems.

Eco-tourism experiences offer opportunities to connect with nature. Our recent research examined the experiences of tourists who had recently stayed at Mount Barney Lodge in Queensland’s Scenic Rim region.

The eco-tourism business is located on Minjelha Dhagun Country, next to the World Heritage-listed Mount Barney National Park. The region was badly affected by the Black Summer bushfires of 2019–2020.

Through an online questionnaire conducted last year, we sought to understand visitors’ psychological experiences and responses while at the lodge.

Seventy-two participants were recruited via an information sheet and flyer placed in the lodge reception. The youngest was aged 18, the oldest was 78 and the average age was 46. Some 71% were female and 29% were male.

We found 78% of respondents experienced sadness, anger, anxiety and other grieving emotions in response to current pressures on the Earth’s life supporting systems.

One reflected on how they “have laid awake at night thinking about all the biodiversity loss [and] climate change and wept” and another said they felt “so sad for the animals” in the face of bushfires or urban sprawl.

Another participant spoke of their sadness following bushfires in the Snowy Mountains fires of New South Wales: “This area is where I [spent] much of my youth, so it was really sad to see it perish. I felt like I was experiencing the same hurt that the environment (trees, wildlife) was—as my memories were embedded in that location.”

This response reflects how nature can give people a sense of place and identity—and how damage to that environment can erode their well-being. 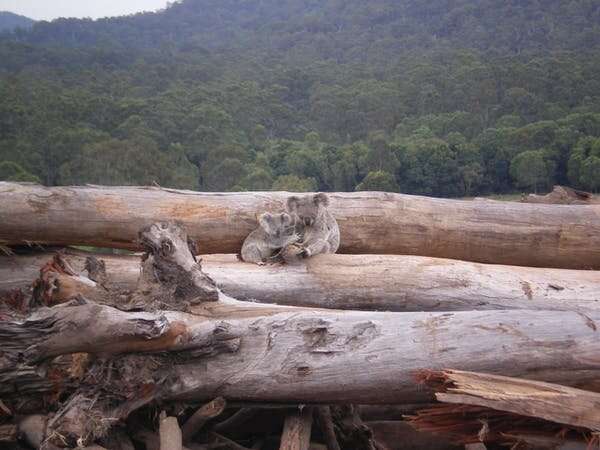 But grief can also emerge in anticipation of a loss that has not yet occurred. One visitor told us: “When I was little, I thought of the world as kind of guaranteed—it would always be there—and having that certainty taken away […] knowing that the world might not be survivable for a lot of people by the time I’m a grown-up—it’s grief, and anger, and fear of how much grief is still to come.”

Anger and frustration towards the then-federal government were also prominent. Participants spoke of a “lack of leadership” and the “government’s inability to commit to a decent climate policy.” They also expressed frustration at “business profits being put ahead of environmental protection.”

Participants also said “it feels like we can’t do anything to stop [climate change]” and “anything we do try, and change is never going to be enough.”

Healing through immersion in nature

Emotions such as ecological grief and eco-anxiety are perfectly rational responses to environmental change. But we must engage with and process them if their transformative potential is to be realized.

There is increasing evidence of nature’s ability to help people sit with and process complex emotional states—improving their mood, and becoming happier and more satisfied with life.

Participants in our study described how being in natural areas such as Mount Barney helped them deal with heavy emotions triggered by nature’s demise.

Participants were variously “retreating to nature as much as possible,” “appreciating the bush more” and “spending as much time outside [so] that I can hear trees, plants, and animals.”

Participants explained how “being in nature is important to mental well-being,” is “healing and rejuvenating” and “always gives me a sense of spiritual coherence and connection with the natural world.”

For some, this rejuvenation is what’s needed to continue fighting. One participant said: “If we don’t see the places, we forget what we’re fighting for, and we’re more likely to get burned out trying to protect the world.”

Similarly, one participant spoke of observing the resilience and healing of nature itself after devastation: “I find peace and some confidence in its [nature’s] ability to regenerate if given a chance.”

The call back to nature

Our findings suggest immersing ourselves in nature more frequently will help us process emotions linked to ecological and climate breakdown—and thus find hope.

Eco-tourism sites promote opportunities for what’s known as eutierria—a powerful state that arises when one experiences a sense of oneness and symbiosis with Earth and her life-supporting systems.