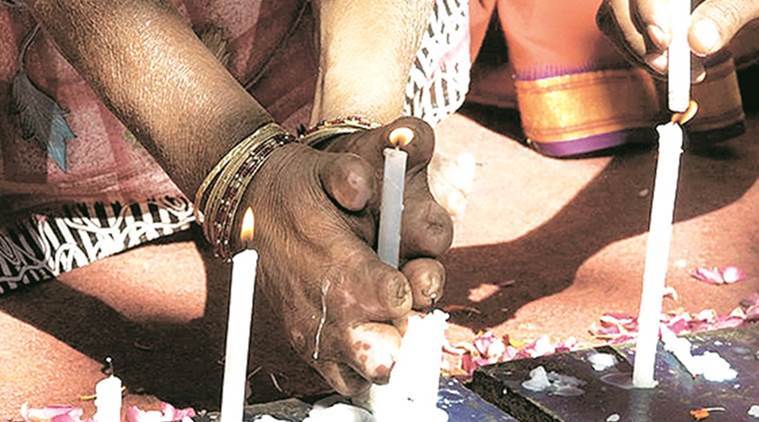 According to World Health Organisation (WHO), Grade 1 disability among new leprosy cases relate to eye problems, where vision is not severely affected and a person is able to count fingers from a distance of six metres. While the significant number of new cases of leprosy reported in the last few years has raised fears of a return of the disease, health officials are taking comfort from the fact that the number of serious afflictions has been steadily going down.

The proportion of patients having visible deformities, or damage to limbs and nerves, described as Grade 2 disabilities, has almost halved in the last four years, data from the Ministry of Health and Family Affairs shows. Between 1.25 and 1.35 lakh new cases of leprosy were detected in each of these four years.

“Our latest analysis, made in October last year, shows that the occurrence of grade 2 disabilities among new leprosy cases was 2.48 per million of population,” Dr Anil Kumar, Deputy Director General, (Leprosy), Union Ministry of Health and Family Welfare told The Indian Express. In 2014-15, the Grade 2 disability rate was 4.48 per million population.

According to World Health Organisation (WHO), Grade 1 disability among new leprosy cases relate to eye problems, where vision is not severely affected and a person is able to count fingers from a distance of six metres. Grade 2 disability indicates inability to count fingers at six metres, visible deformities of the hand and feet, corneal opacity and a decreased blink rate.

According to officials, the rise in cases of grade 2 disability occurs when an active case of leprosy infection goes unreported for a long time and is untreated. In the door-to-door ‘Leprosy case detection campaign’ that has been going on for the last three to four years, officials have been able to detect 67,000 cases of leprosy that were previously unreported.

The northeastern states reported the least number of leprosy cases. Manipur had just six, while Mizoram had 11 new cases in the entire year. Meghalaya had 16, while Nagaland had 38 cases.

On January 30, the World Leprosy Day, over six lakh villages are slated to participate in the ‘Sparsh’ leprosy awareness campaign where an oath to end stigma and prejudice related to the disease will be administered.