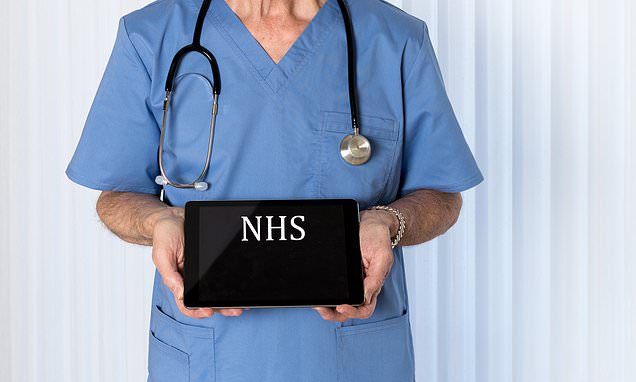 NHS trusts could save up to £100million a year by cutting down on agency staff for administrative posts, a review has found.

Filling temporary vacancies using an internal pool of staff rather than expensive agencies would reduce the wage bill by a fifth, according to hospital regulators.

Hospitals have repeatedly been told to stop using costly temporary doctors and nurses to fill staffing gaps on wards.

Now NHS Improvement has urged trusts to extend this policy to administration or estates workers.

Staff should only be hired from external agencies for short-term special projects and not to plug gaps or fill vacancies, it said. 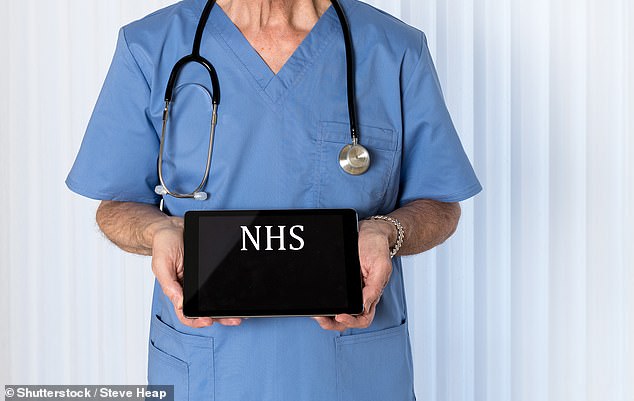 NHS trusts could save up to £100million a year by cutting down on agency staff for administrative posts, a review by hospital regulators found (stock)

Analysis found NHS trusts spent £223million between April 2017 and March 2018 on non-clinical agency staff, who work in areas such as administration, IT and HR.

This was nine per cent of the NHS trust sector’s overall spending on agency workers in 2017-18.

Ian Dalton, chief executive of NHS Improvement, said: ‘The NHS has made great progress in reducing its spending on non-clinical agency workers in recent years but there is more to do to make every pound count.

‘Cutting unnecessary expenditure on agency administrative staff allows money to be freed up for patient care and supports a more stable NHS workforce.’

HEALTH SECRETARY VOWS TO CRACK DOWN ON NHS AGENCY STAFF

The Health and Social Care Secretary vowed to clamp down on agency spending in the NHS last October, saying the use of such staff can be ‘demoralising’ for workers.

Matt Hancock said he was ‘shocked’ by how the use of agency staff varies across the health service.

He added while a lot of work has been done to cut the use of agency staff,he would crack down even further, saying ‘boy there is going to be a whole lot more’.

Mr Hancock said the NHS’ own bank system – in which workers are kept on the payroll and do casual shifts – works well and is better value for money.

It is unfair for staff nurses to work alongside agency workers who may be doing the same or less work but being paid more, the MP added.

The Health Secretary last year announced a crackdown on the use of agency staff, saying it was both costly for hospitals and demoralising for staff.

Matt Hancock said he was frustrated by vacancy levels and urged hospitals with workforce gaps to reduce costs by using internal pools of doctors and nurses, known as bank staff.

The latest proposals, which have gone out for consultation and could be introduced in spring, propose that NHS trusts only hire temporary workers from a list of approved agencies.

Even then, they should only be used for roles such as healthcare assistants, clerical support and some allied health professionals.

Minister for Health Stephen Hammond said agencies should be seen as a ‘last resort’.

He said: ‘We want every Trust to continue prioritising their existing NHS employees when filling shifts, which not only saves the NHS money, but creates a more flexible working environment for hardworking staff.’

Related posts:
08/02/2019 Health News Comments Off on NHS could save £100MILLION a year by cutting back on agency workers
Categories
Recent Posts