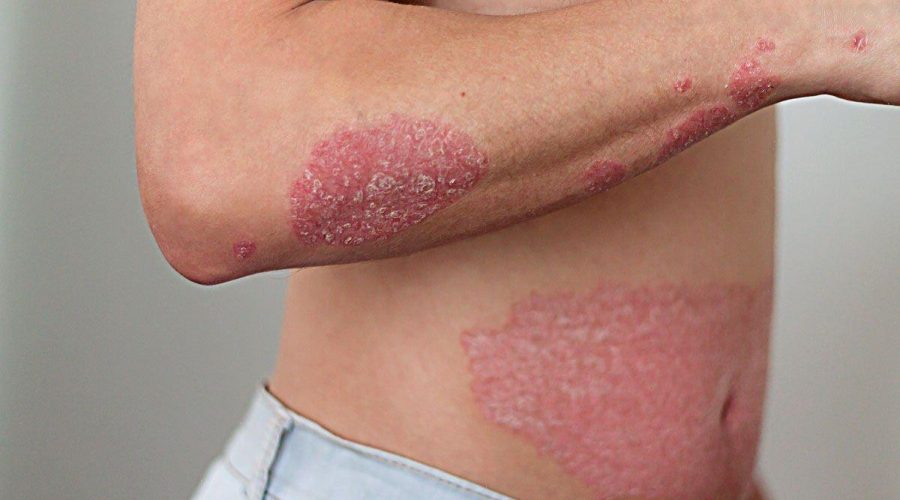 Sadly, the most noticeable symptoms of liver disease emerge only once the condition is advanced. At this stage, scarring of the liver is likely if intervention is delayed, but symptoms can still be non-specific. Understanding the full scope of presentations associated with liver disease can help avoid such complications like liver scarring.

Some doctors believe the liver is the most important organ due to its role in detoxification, energy storage and digestion.

Knowing the earliest signs of liver disease is therefore imperative in preserving the function of the vital organ.

Common signs of liver disease include:

Despite being less widely discussed, skin rashes like psoriasis occur in a considerable amount of cases.

The Liver Doctor describes the case of a 42-year-old male who presented to a clinic with severe psoriasis that had spread across half of his body.

“He had been suffering from this rash for more than 10 years. His skin was red, raw, inflamed and flaky.

“An ultrasound scan of his liver revealed a fatty liver and he was 40 pounds overweight. Fatty liver is extremely common in people with psoriasis.

Psoriasis is a skin condition characterised by flaky patches of skin, that look pink or red on all skin tones.

Sometimes, however, the patches can also look purple or dark brown on brown and black skin, and the scales may look grey.

According to the NHS, “some people find their psoriasis causes itching and soreness”, triggering significant discomfort in some cases.

The more psoriasis a person has on their body, the greater the risk they will not only have liver disease but severe liver disease.

In fact, research states that having psoriasis on at least 10 percent of the body can nearly double the risk of death from the condition.

It’s been shown that having certain forms of psoriasis can raise the risk of liver disease too.

How to prevent fatty liver disease

Studies have shown that diets rich in saturated fat and high fructose corn syrup can lead to NAFLD, so minimising these foods is likely to be beneficial.

A deficiency in vitamin D should also be avoided as it increases inflammation by thwarting the function of T cells.

For overweight individuals, losing 10 percent of body weight can substantially decrease fat concentration in the liver.

The Journal of Clinical and Aesthetic Dermatology adds: “Vigorous exercise can also achieve not only a decrease in liver fat but a reduction of inflammation in [NAFLD].”

According to the medical journal, small studies have also shown that omega-3 fatty acids can reduce liver fat in NAFLD.