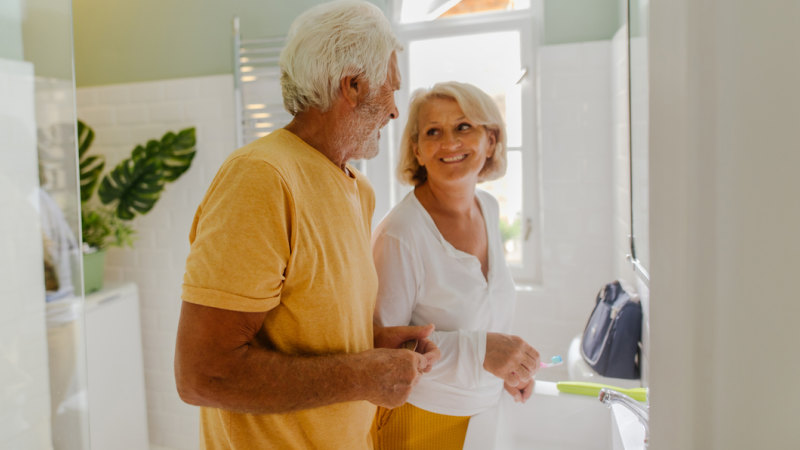 Men and women are happiest with their bodies after reaching the age of 60, a study has found.

Satisfaction with size, shape and appearance gradually increases as people age, with our latter years characterised by the highest levels of self-assurance, according to data from more than 15,000 people. 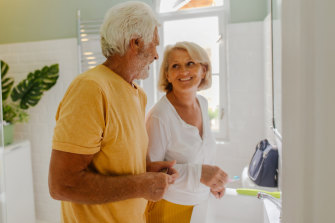 While the study found that men tended to have an overall positive attitude, they were surprised that women become dramatically more body confident with age.Credit:iStock

While women aged between 19 and 24 were prone to being unhappy with their bodies, they were much more content with how they looked when they reached 60. Similarly, men suffered a dip in self-confidence between the ages of 29 and 34 and from 44 to 49.

But their self-esteem began to rise as they approached their 60th birthday and continued to increase afterwards.

Attitudes towards beauty ideals are at the crux of our changing perception of how good we look during our lifetime, the researchers found.

Pressure on men and women to achieve the perfect body is thought to be behind their dips in self-confidence. This pressure and its impact on their self-esteem dissipates when they mature, as they start to see their health as more important than how they look.

Rapidly evolving beauty ideals mean it is difficult for women to feel content with their appearance when they are younger, the study said.

“The weights of contestants and winners of an American beauty pageant were found to persistently decline between 1958 and 1988,” it said.

“Similarly, Playboy centrefold models became increasingly slender between 1959 and 1988.” Researchers said that in recent years both men and women had been exposed to the “fit” ideal of a slender muscular body shape which can also dent confidence if it cannot be achieved.

Previous research into action figures showed that they have become so large in recent years that they “exceed the muscularity of even the largest human bodybuilders of the era”, the study said.

Researchers from Australia and New Zealand asked 15,264 people aged between 18 and 94 to rate how happy they were with their body image between 2010 and 2015. Satisfaction was rated on a scale from one to seven.

Increase in body confidence was more dramatic among women as they aged, whereas men tended to have a more positive overall attitude towards their bodies which gradually improved in their latter years. Researchers said this runs contrary to their prediction that “body dissatisfaction is relatively stable across the female lifespan”.

The study was published in the journal Body Image.

Related posts:
04/08/2021 Health News Comments Off on Peak body satisfaction comes later in life. What does that tell us?
Categories
Recent Posts