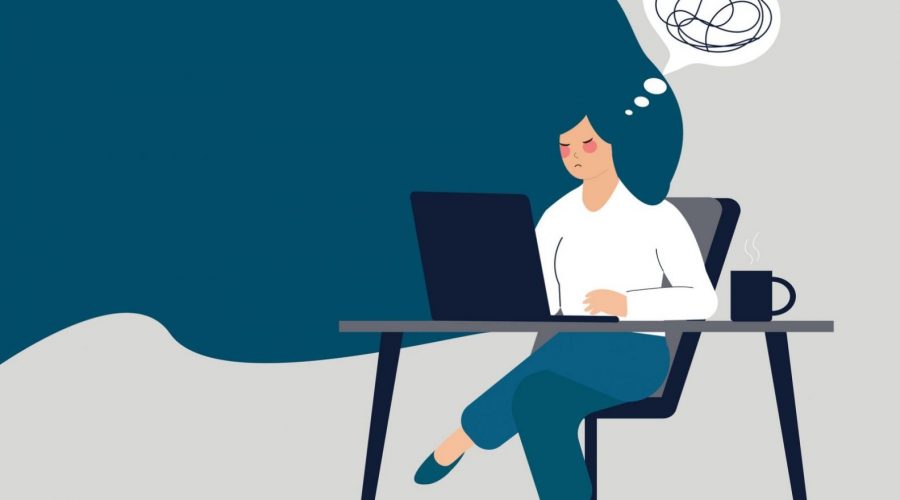 As women in the workplace, there are many things we have to deal with, from microaggressions for women of colour to gaslighting and not feeling seen or heard. If you’re not feeling particularly confident right now, this TikTok highlights two ways we give away our power in the workplace and how we can reclaim it.

Being a woman in the workplace often means dealing with things that others don’t really have to. Whether it’s having your ideas overlooked in meetings dominated by men or dealing with a barrage of microaggressions as a woman of colour, these are things that many of us are conscious of no matter what working environment we’re in – and overcoming them isn’t always easy.

The office politics and power struggles evident in many industries require constant navigation and reclaiming your power is something we constantly have to work on – and one person shedding light on that is Pattie Ehsaei.

The popular TikToker and etiquette influencer, who boasts over 873,000 followers on the platform, has created a series based on how women can reclaim their power in the workplace.

In one of her videos, Ehsaei highlights that someone stealing your idea is one of the ways women lose power in the workplace and breaks down ways to deal with that.

“One of the biggest ways that we give away our power in the workplace is by allowing other people to take credit for our ideas more and more,” she says.

“Let me tell you what just happened. I was in a meeting with a roomful of men. I made a suggestion and no one said anything and that went unnoticed A few minutes later, a colleague of mine made the same exact suggestion and everyone started clapping for him like ‘Yeah, what a great frickin idea’.

“At this point, women usually do not say anything and just let that go. But when you do that, what you’re doing is you’re diminishing yourself and your power in the situation. So instead of staying silent, what I said is, ‘Thank you so much for bringing up the point that I brought up earlier’ and then I went on to elaborate on why this would be a great idea for the organisation.”

Ehsaei says that after doing this everyone acknowledged that she brought up the same point earlier.

“So what that does is that checks that dude, and lets him know that you can’t walk all over me and take away my idea And it allows everybody else in the room to know that yes, this was my idea.”

She adds that this further shows others in the workplace that what you say provides value and that “they better start listening to you in the future”.

“Don’t ever let anyone walk all over you and take away your ideas or your product. Make sure you check them because if you don’t, they’re gonna continue to do that.”

In another TikTok,Ehsaei states another way we give away power in the workplace is through our body language.

“Men walk into presentations, into interviews into any meeting like they’re walking into a freakin weigh in. Their shoulders are back, chest are out, they walk in like they own the freakin place even if they don’t know what they’re talking about they just exude this confidence that makes everybody else believe that they’re great even if they’re not and that is the Jedi mind trick.”

She says that at times women can walk in with shoulders hunched, elbows tight, head buried down and “always shrinking”, which gives off the impression “that you’re not confident”.

“It takes away from your shine and your credibility. So instead of doing that, be conscious of your body language in the workplace. Walk around like do you own the damn space and you’re also walking into a weigh-in.

“Shoulders back, chest out, head up high – be confident in the way you’re expressing yourself and the way you walk around and see how people react to you.”

Related posts:
12/03/2022 Health News Comments Off on How to reclaim power in the workplace if you don’t feel confident right now
Categories
Recent Posts