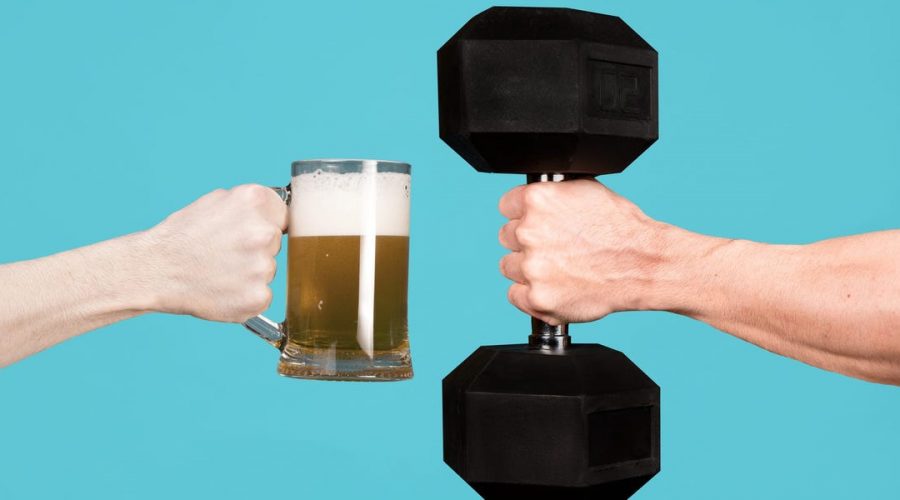 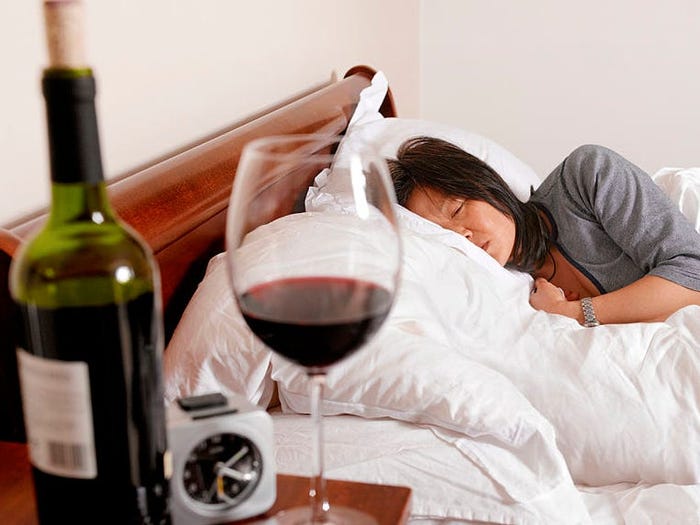 Waking up to pounding headache, dizziness, and full-body nausea after a night of drinking is a special kind of torment if you've got a gym session scheduled.

Sometimes it's better to just sleep it off — working out hungover can make you more prone to injury, and potentially worsen the dehydration caused by alcohol.

But being hungover doesn't strictly rule out exercise plans, according to Ben Carpenter, a personal trainer in the UK. A lot depends on your personal tolerance for alcohol and exercise, and the state you find yourself in.

If you do indulge, and plan to hit the gym the next day, Carpenter has some helpful tips, include scaling back the intensity and stopping if you feel sick.

'Too much' varies from person to person

There's not an exact science to how much alcohol you can drink before you'll feel it in the gym the next day, Carpenter said.

Some people may be able to down multiple drinks and work out the next morning with no problems, while others might find their gym session suffers after two or three.

"Alcohol the night before can hinder your training, but it happens on a dose-response curve," Carpenter told Insider. "It depends on the person and how much they drink. So it is possible that a person could train after drinking the night before and not experience any ill effects."

There are a lot of factors involved, including body weight, muscle mass, gender, and how frequently you typically drink.

But drinking so much that you feel ill the next day is a sign that it might have serious consequences for your workout. These including making it hard for you to absorb protein to repair muscle and build it back stronger, as well as sidelining your metabolism and slowing your ability to burn fat.

Gentle exercise during a hangover is OK, particularly if it helps you feel better

There's no research that shows any benefits to working out with a hangover, despite the myth that you can somehow sweat off the effects of alcohol.

But if you feel up to it, there's no particular reason why you can't do some exercise after a night of drinking. You may even experience some psychological benefits, if only because it provides temporary distraction from lying in bed.

"For me, personally, doing something in the morning feels good because it interrupts the feeling of lying at home all day," Carpenter said. "It makes me feel a little bit better."

Just be sure to drink plenty of water before and after, since sweating can contribute to the dehydration you might already be feeling.

Avoid pushing yourself too hard

The caveat, though, is that you're highly unlikely to be at your personal best after a night of heavy drinking.

"If someone goes to the gym and they're not feeling their best when they walk in, it's not going to go well if they push themselves," Carpenter said.

You don't need to avoid any particular style of exercise, but keep in mind that you're likely to become exhausted at a much lower intensity than you're used to, he added.

As a result, trying to break your personal bench press record or marathon time is likely to be unpleasant at best, and downright dangerous at worst.

It's best to stick to milder exercises, such as lighter weights or more moderate pacing, both to avoid injury and to prevent yourself from feeling worse than when you started.

It's OK to take the day off

If you're really feeling ill after drinking, it's sometimes better to just wait until you feel better to hit the gym.

Many people who exercise do so to improve in some way — whether that's lifting more, running faster, or keeping up with intense combinations of movement.

That requires progressive overload, to gradually increase the stress that your body can handle during exercise.

If that's your goal, a hangover workout probably isn't going to be a game changer, and you may as well rest up and try again later.

"If someone is nauseous, they're likely to feel weak and chances are, they're not going to surpass their performance from yesterday," Carpenter said. "If someone isn't improving, having the day off is better than trying to do something."

Don't worry too much — a few drinks won't destroy your gains

Finally, it's helpful to know that alcohol doesn't necessarily have to derail your fitness goals entirely. Too much, too often can certainly hurt your performance in the gym, slow your progress, and inhibit your ability to recover after a workout.

But Carpenter said one of the biggest misconceptions about alcohol and fitness is that drinking is strictly taboo for weight loss or muscle gain.

In fact, research suggests moderate drinking won't significant interfere with your gym goals. One recent study found no difference in strength and fitness between participants who regularly had small amounts of alcohol (around a drink per day for women and two a day for men) and those who didn't.

"When people are having a low dose of alcohol, even over a longer period of time, if it does make a difference, it's so small people don't notice it," Carpenter said.

As a result, it's possible to enjoy alcohol without sacrificing your fitness, particularly if it's small amounts (even more frequently) rather than occasional ragers.

"I'm not saying alcohol is the best for you, but based on research we have, it seems like people can consume it without it disrupting their progress," Carpenter said. "You shouldn't feel guilty if you have a couple of glasses of wine on a Friday night or at Christmas."

HIIT workouts are linked to better mental health and longer, healthier lives, according to a new study

A gym trainer exposed 50 athletes to COVID-19, but no one got sick — because one member is a ventilation expert who redesigned the room's layout

Related posts:
25/11/2020 Health News Comments Off on How to have an effective workout when you’re hungover, and signs you should just stay in bed, according to a personal trainer
Categories
Recent Posts
We and our partners use cookies on this site to improve our service, perform analytics, personalize advertising, measure advertising performance, and remember website preferences.Ok